As more details about the killing of Osama Bin Laden are released, one of the questions that has surfaced is whether the CIA relied on intelligence resulting from the torture of terrorist suspects held in detention facilities abroad. Susan Brooks Thistlethwaite wrote a compelling Op-Ed in the Washington Post On Faith board, in which she argues that torture is both inherently wrong and counterproductive. As Catholics react to the unfolding news, we should remain attentive to the rich wisdom of the just war tradition. The Torture is a Moral Issue campaign, linked here on the USCCB website, explains:

Torture violates the basic dignity of the human person that all religions, in their highest ideals, hold dear. It degrades everyone involved-policy-makers, perpetrators and victims. It contradicts our nation’s most cherished values. Any policies that permit torture and inhumane treatment are shocking and morally intolerable.

Nothing less is at stake in the torture abuse crisis than the soul of our nation. What does it signify if torture is condemned in word but allowed in deed? Let America abolish torture now-without exceptions.

Food for thought as we continue to reflect on the unfolding news. 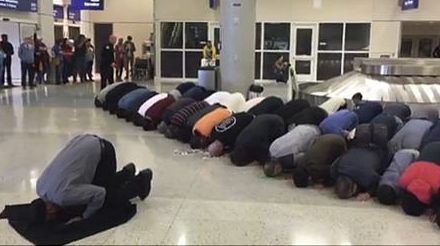 The Executive Order on Immigration and Refugees and Discrimination Against Muslims