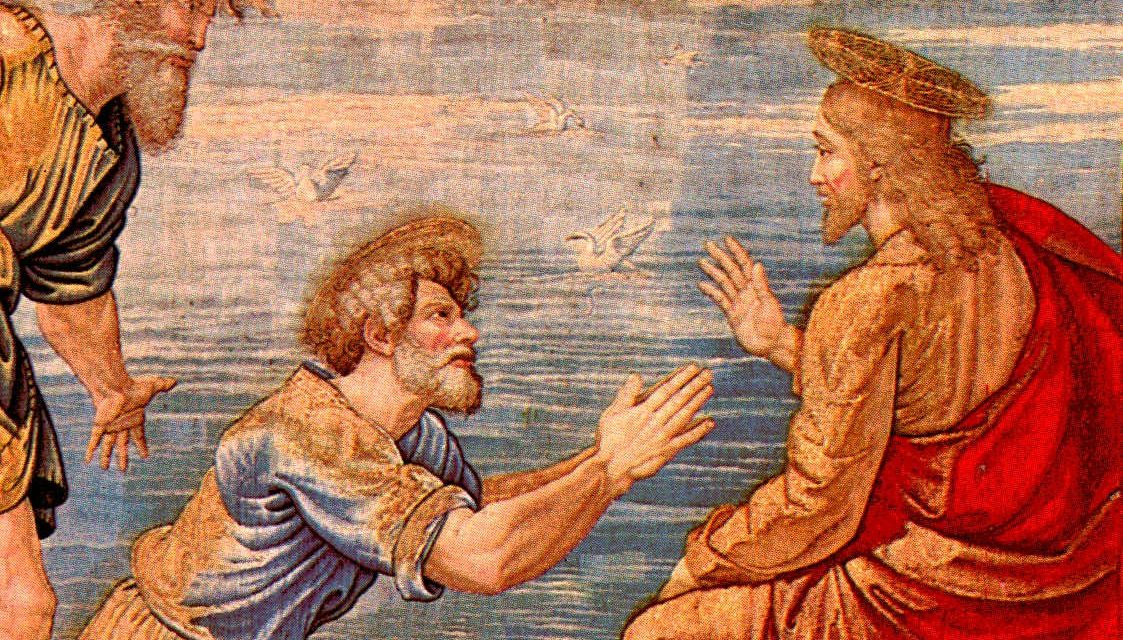 On our own, we cannot discover who we really are. Our true identity is given to us as a reply to our confession of the identity of another.

That claim seems to run directly counter to the dominant social dynamics of our age. We are charged with the tasks of “finding ourselves” and “expressing ourselves,” and one of the last bastions of consensus on the common good seems to be that individuals should be granted almost absolute immunity from any external constraint upon these tasks. Individual self-discovery and self-expression are sacred activities that must be carefully protected from any outside influence, lest our identity be the result of coercion rather than our own autonomous choice.

This concern for autonomy and self-determination is understandable. Nobody should be brainwashed or bullied into thinking they are something they’re not. Nobody should be forced into accepting an identity that is merely the construction of another’s imagination.

Nevertheless, the Bible makes it quite clear that it is not our job to figure out who we really are. Rather, “who we really are” is something that emerges in the context of a relationship with the One who made us, the One “through Whom all things were made.”

Our true identity is spoken to us in reply to our attempt, however stumbling or stammering, to acknowledge the identity of another. To confess Jesus as Lord is not merely to state a personal view or assert an individual claim; it is to initiate a transformative relationship in which one is given one’s true self.

The gift of one’s true self is not a static possession, however. It is a gift received, but also a gift to be given; our identity is therefore a gift in both origin and substance. “Who we really are” is a gift because it comes freely and unbidden from another, and yet the formal content of “who we really are” is also a gift, meant to be given to another. In fact, one could so far as to say that the gift of one’s identity is never truly received until it is itself given to another.

St. Augustine put the point well in his work On Christian Teaching: “Any possession that remains undiminished when it is shared with others is only truly possessed when it is shared” (I.1). The principle is easy to accept when we’re talking about things like a sense of humor or musical talent: what a waste it would be to have these and not share them with others! Yet the gospel extends the principle to its furthest extent: “Whoever finds his life will lose it, and whoever loses his life for my sake will find it” (Mt 10:39).

We see this logic of self-abandonment leading to self-discovery in many, many places throughout the Scriptures. But perhaps nowhere is it more pivotal than in this Sunday’s gospel. Jesus asks his disciples the central question upon which their entire lives hinge: “Who do you say that I am?” He inquires first into what people in general think; some say He is John the Baptist, others Elijiah, others Jeremiah or a prophet. OK, so the question is in the air; now what about you? It is no longer a survey question or an item on a test, but rather an intimate invitation. “Who do you say that I am?” So much rests upon the answer: what you say about me has the potential to reveal everything about you.

Several chapters on Jesus will encounter the rich young ruler, who has kept the commandments from his youth. What matters in the end, though, is what his relation will be to Jesus himself. “Come and follow me” is another way of eliciting this same confession of Jesus’ identity, articulated in deeds rather than words.

Peter responds the best he knows how: “You are the Christ, the Son of the living God.” In other words, “you are the Messiah, the Anointed One, the chosen one who will fulfill God’s promises to Israel.” He does not anticipate the Nicene creed here, nor even express anything suggesting Christ’s divinity, but that is not the real point of the reply. The deep significance of Peter’s answer is that he effectively expresses his willingness to give over his life to Jesus.

Peter implicitly says here what he will say explicitly elsewhere: “I will follow you wherever you will go.” His devotion is unconditional; he is willing to let Jesus transform his life however He wants. Of course, Peter often fails to follow through on this self-abandon, as he looks at the rough waves beneath his feet and faces the accusations of the mob during Jesus’ passion. But the seed of the transformation is there, planted by the Father himself: “Blessed are you, Simon son of Jonah. For flesh and blood has not revealed this to you, but my heavenly Father. And so I say to you, you are Peter…”

Upon telling Jesus who He is, to the extent he could, Peter then hears Jesus tell him who he is. He first calls him by his given name, Simon, but then Jesus gives him a new name: Peter. This name has both a meaning and a task attached to it: “upon this rock I will build my church, and the gates of the netherworld shall not prevail against it.  I will give you the keys to the kingdom of heaven. Whatever you bind on earth shall be bound in heaven; and whatever you loose on earth shall be loosed in heaven.”

So it is with us. We discover who we really are only when the Lord addresses us and utters our new name, bestowing on us also the tasks it signifies. Through Isaiah’s prophecy, the Lord tells Israel that after her restoration, “You shall be called by a new name, bestowed by the mouth of the Lord” (Is 62:2). Similarly, in St. John’s vision the Lord tells the churches that “to the victor I shall give some of the hidden manna; I shall also give a white amulet upon which is inscribed a new name, which no one knows except the one who receives it” (Rev 2:17).

Only God knows our real name. Only God knows who we truly are, because He is the One who made us and who knows how we can find our true happiness. As St. Paul writes in this week’s epistle, His judgments are inscrutable and His ways are unsearchable. And so there is no other way to figure out what identity He wants to give us except to call out to Him, to confess to Him who He is and so to give over total control of one’s life to Him.

A saying of St. John Paul II comes to mind, what has come to be known as “the law of the gift,” namely that “one cannot find oneself except through a sincere gift of oneself.” Or put more positively, “one receives one’s identity precisely when one offers it as a gift of love.”

The gospel assures us that there is no avoiding this logic. In baptism, we pass through the Lord’s death into the light of His resurrection. And in this sacramental act we are truly named. Through this participation in Christ’s death and resurrection, we are all called to give our own lives in love, completely and to the end. At the moment we are given our names, we are all called to carry our cross and follow Jesus to Calvary. There is no other way to become who we are; there is no other way to fulfill the meaning of our lives; and so there is no other way to be saved. It is only by following Him to Calvary that we become the unspeakably beautiful person we were made to be and so enter the unspeakably beautiful paradise for which we were made.

A wise teacher of mine once ventured to speculate that she knew what would be written on that white amulet she would receive one day; she thought it would say simply “Beloved.” The thought rings true to me, not only because love is the sort of thing only its recipient can truly know, but more importantly because our true selves are shaped most of all by the love others have shown us, the love that flows from that common font of Love to which we are all called and from which we all receive our true names.