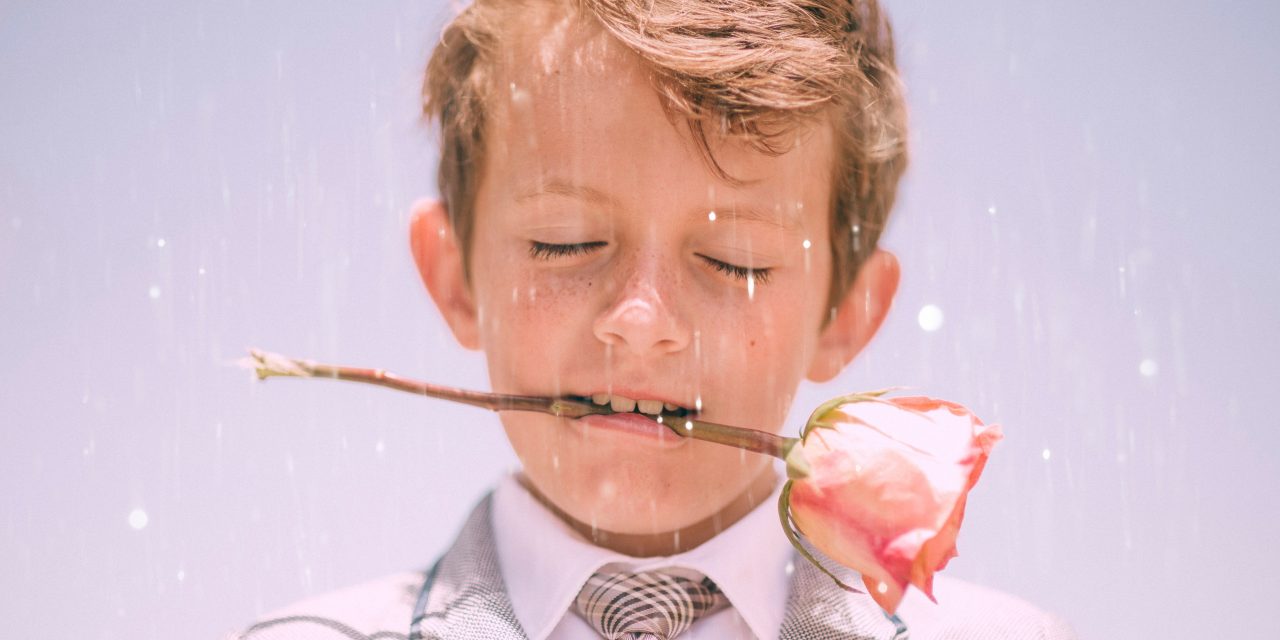 I think a lot about parenting. I can’t help it. I’m a parent.

Often, my thinking about parenting is colored by my research as a theologian and an ethicist. It’s an occupational hazard of a research agenda that looks for connections between theological ethics and ordinary life.

This means that my work on the ethics of free time colors my reflections on the time I have together with my children, while my research on digital distraction has spilled over into my real life in a way that has most of my extended family convinced that I am a luddite. One of the most common points of contact, though, is the way that the Catholic understanding of social sin—and more particularly structural sin—shapes my analysis of the my role as a parent.

The Catholic understanding of structural sin highlights the ways in which the very structures of society can exert a sinful influence on moral agents, making it harder to do good and avoid evil. (The concept is the subject of considerable theological reflection and refinement at the moment, but two fascinating reads on the subject are Daniel Daly’s “Structures of Virtue and Vice” and Daniel Finn’s “What is a Sinful Social Structure?”)

In concrete terms, the notion of structural sin affects my parenting in one of two ways.

First, the existence of structures of sin prompts me to think about ways that our whole family can serve as a countervailing “structure of grace” to offset some of the negative influences of the structures around. This more positive spin has led me to present the family as a structure of virtue, for example, attempting to align Gaudium et Spes’s presentation of each Catholic’s social responsibility with Daly’s notion of structural virtue and vice.

Second, the reality of structural sin sometimes prompts a more negative reaction, leaving me alarmed at the prospects of raising children in an environment constantly shaped by problematic structural constraints. I recently read an article in The Atlantic that reminded me of a significant moment when I had exactly this reaction.

The article, “Today’s Masculinity is Stifling,” had the tagline, “As boys grow up, the process of becoming men encourages them to shed the sort of intimate connections and emotional intelligence that add meaning to life.” In it, Sarah Rich reflected on what I can only summarize as the challenges of raising boys in a culture shaped by the structural sins of years of misogynistic thinking. Although her experience represented a kind of extreme, her observations struck a chord for me.

Specifically, I remember the day my wife and I found out that our second child was a boy. For some reason, we both had the intuition that we’d be welcoming another girl, so the news was a bit surprising (despite the obvious 50/50 odds). More to the point, though, after two and half years working with my wife to raise a girl, I realized that the prospect of raising a boy was unexpectedly daunting.

It took me a while to make sense of my discomfort, but eventually I settled on the root cause when I was having a conversation with a good friend and fellow theologian who had a son about our daughter’s age. My fear, I explained to him, was that when I looked at the world around me, I saw a lot of gendered assumptions shaping the experience of both boys and girls, and while I have my fair share of problems with those that align with femininity, if I took a look at all the characteristics, I could at least find some that I would want for our daughter (thank you feminist movement!). I could find none of the cultural expectations of masculinity that I wanted for our son, though.

It was as if the entirety of masculinity was a structure of sin, and I wasn’t sure how I would raise a morally responsible young man in that environment.

Rich’s article in The Atlantic pointed to one way of articulating my concerns. As I explained to a colleague at a conference recently, thanks in large part to the work of early feminists promoting gender equality, there are a lot of ways for a girl to be seen as a woman in our culture today. Things once deemed only masculine are open to women (mostly) without anyone batting an eye, and things traditionally aligned with femininity remain options for women who choose to embrace them (even if linger questions about patriarchal pressures and true freedom do accompany these decisions sometimes). Not so for boys, for whom the cultural expectation of what it takes to be a man seems as narrow as ever.

“To embrace anything feminine,” Rich explains, “if you’re not biologically female, [still] causes discomfort and confusion.”

For me, this seems true, and I think that is what drove my concerns about the distinct challenges of raising a son. Rich points to the ways that this social discomfort demands that boys

whittl[e] away everything that falls outside the norms of boyhood… [as they grow up]. At the earliest stages, it’s about external signifiers like favorite colors, TV shows, and clothes. But later, the paring knife cuts away at intimate friendship, emotions, and open communication.

This is not something I want for my son, especially not when I recognize that my faith leads me to believe that we are made in the image of a Trinitarian God, whose very essence is relationship. Thus, Catholic theological anthropology regards relationality as essential for full human flourishing. How can I abide by a set of cultural expectations that repeatedly tells my son to shun the core of his nature because it is not “masculine” enough?

Worse, Rich’s observations point to further structural sins underlying this harsh and narrow image of masculinity. The reason people are uncomfortable with males choosing to align with femininity is, Rich asserts,

because throughout most of history and in most parts of the world, being a woman has been a disadvantage. Why would a boy born into all the power of maleness, reach outside his privileged domain? It doesn’t compute.

The challenge I find myself facing as a Catholic parent, then, is that I must raise a boy and a girl in a culture whose very notion of masculinity is misogynistic. (This is Rich’s ultimate observation as well.) This is not good for either of them, and it makes all of my scholarly reflections on structural sin newly pertinent.

At this point, our son is just over a year old, and I have come nowhere near the answer to this challenge. If I take insights from the academic study of structural sin seriously, though, the path forward must involve both personal conversion and social transformation.

This means working to shift my own understandings of masculinity (and femininity) so that I can resist the toxic elements attached to each and teach my children to do the same. In a way, having both a boy and a girl in the same house is an asset for this project, as it will allow me to affirm the deeper significance of the things that unite them in their humanity—the things that speak to their human flourishing—ahead of any of the things that distinguish them as male and female.

It also means working to reform the structures of sin that align masculinity with so many negative traits. I find this to be a much harder task, and sometimes I’m not sure that my moral imagination is up to it, for I am left without a good sense of what the alternative ought to look like. Surely, though, in a #metoo world, I have no trouble finding what we need to reject. I can only hope that our Church will be part of the solution, and not part of the problem as we go forward, for what could be a more profoundly influential structure of grace than our faith community?

May we all heed the call.

Praying for Peace and the Responsibility Required by Free Speech