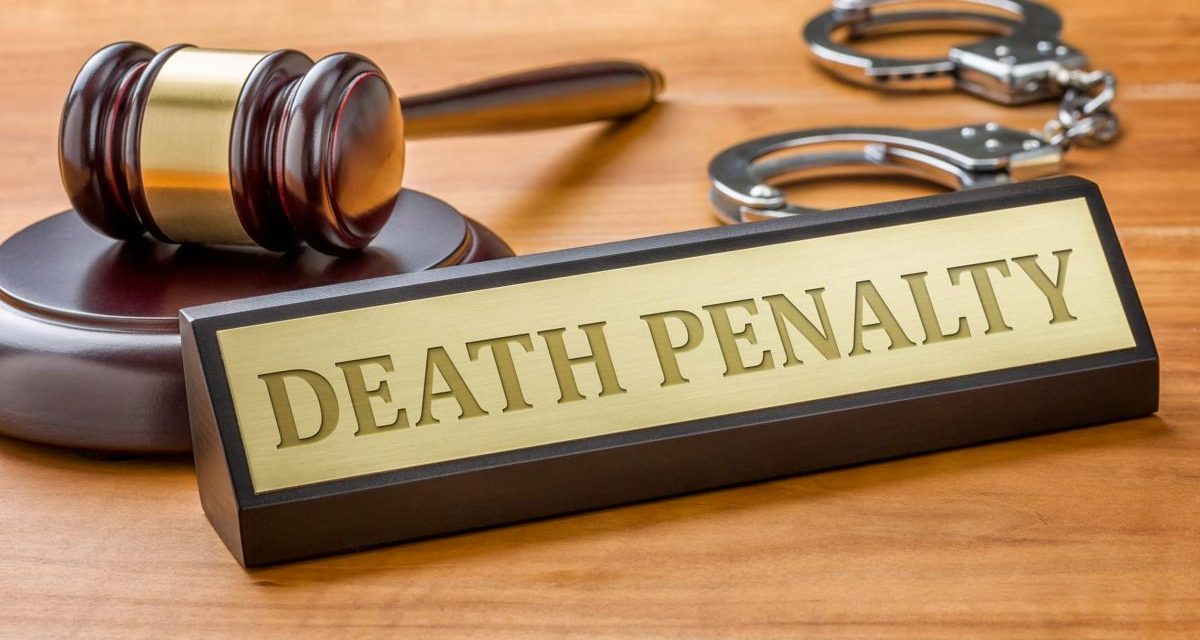 In a doctrinal clarification apropos for the feast day of Alphonsus Liguori, patron of moral theologians, the Congregation for the Doctrine of the Faith has modified the Catechism of the Catholic Church on the death penalty. Where the 1997 version left open, at least in theory, recourse to the supreme temporal punishment, Pope Francis has more strongly judged that the death penalty is “inadmissible because it is an attack on the inviolability and dignity of the person,” quoting the Holy Father’s address of 13 October 2017. These changes build upon prior remarks by popes John Paul II and Benedict XVI calling for the abolition of the death penalty.

Primo sono, the edict vindicates the position of E. Christian Brugger, who has extended the New Natural Law school’s emphasis on the impermissibility of directly intending any death to the question of state executions. It would also seem a loss for Edward Feser, who has advocated for a return to the traditional Catholic position not only that the death penalty is necessary for prevention and deterrence, but also that it is a proportional retributive punishment. So bright a luminary as the late Cardinal Dulles cautioned that a change in the Church’s position on the death penalty would be a reversal and portend the loss of any principled basis for doctrinal development in moral doctrine. Even Brugger has agreed that the position of Scripture and Tradition militates against this new position and has laid most stress on prior teaching being non-definitive for that reason.

But two other interpretive options are available. First, it is possible that Francis and his two predecessors have simply made a mistake (at worst) or spoken imprecisely (at best). The Catechismand the approval of a CDF clarification in an “ordinary session” are instances of the pope’s ordinary Magisterium, which is not definitive. The criterion used by some moral theologians to argue against purportedly non-definitive doctrines on integralism and sexual ethics, to pursue a hermeneutic of doubt and replacement in such teachings, surely would cut here, as well. If prior teaching was non-definitive, why is this teaching definitive? Besides, the CDF is not claiming heterogeneous development, and Catholics owe submission even to prudential judgments qua safe, if not to doctrines qua true.

A better interpretive approach, in my mind, draws from the nuanced way in which the CDF’s prefect, Cardinal Ladaria, calls attention to the historical circumstances that make the Church’s judgment appropriate. In his explanatory letter to the bishops of the Catholic Church, Ladaria notes that Francis’s judgment “is not in contradiction with the prior teachings of the Magisterium.” How? By appeal to the social circumstances of the prior teaching: “These teachings, in fact, can be explained in the light of the primary responsibility of the public authority to protect the common good in a social context in which the penal sanctions were understood differently, and had developed in an environment in which it was more difficult to guarantee that the criminal could not repeat his crime.”

Were the death penalty itself intrinsically evil, it must never be used no matter what the circumstances. But here we see that, in the judgment of Francis, the death penalty is permissible in one age and impermissible in another precisely because of a change in circumstances. This obviously rules out Brugger’s position, which holds that the death penalty is always intrinsically evil but the Church has only lately realized this. Rather, what Ladaria says is that modern social conditions allow for better means to be used in punishing criminals, achieving both a safeguarding of the common good and a testimony to the inherent dignity of the worst criminals as made in the image of God. As Benedict XVI said, the abolition of the death penalty would be “substantive progress made in conforming penal law both to the human dignity of prisoners and the effective maintenance of public order.” In the past, however, the death penalty was “an acceptable means,” to use Ladaria’s phrase, to safeguarded public order. The use of the death penalty today is not morally necessary for this end.

Finally, given that this new teaching on the death penalty depends on circumstances, it can only belong to non-definitive teaching. Donum veritatis, the CDF’s 1990 clarification on the vocation of a theologian, noted that when historical circumstances are in play, a teaching is conditional upon those circumstances (n. 24). In other words, that the death penalty is inadmissible is not an absolute judgment, but one conditional on a certain state of civilization obtaining. So long as the social conditions referred to in the CDF clarification obtain, the judgment that the death penalty should not be used also obtains. In other words, the Church’s teaching is simply becoming surer, from John Paul II to Benedict XVI to Francis, that there are practically no modern circumstances that allow for recourse to the death penalty, thereby calling for abolition. This does not imply that the state has no power to put to death, but that modern circumstances being what they are, there is moral need not to exercise this power.

There is a very crucial (yet often overlooked) concept within the Thomist tradition that captures such conditional advancements in justice. The concept is the “law of nations” (ius gentium), which is a kind of medium of universal custom existing between the unchanging, universal precepts of the natural law and the mutable, particular laws of this or that political community. We may apply the concept to the Church’s current teaching on the death penalty or religious liberty, in which the language of human dignity occurs right alongside appeal to circumstantial changes in society. One classic institution of the law of nations was the enslavement of the vanquished in a just war, a “means” that preserved their lives while still reducing the threat of future unjust aggression. And yet as early modern Thomistic expositors of the law of nations noted, this “means” was not so natural that it couldn’t be outlawed in Christendom, replaced by the practice of ransoming prisoners of war rather than reducing them to perpetual slavery. There are two main interpretations of this concept in the Thomistic tradition: that this body of law consists either in universal customs added to the natural law by the human race as “morally necessary” for keeping the ends of the natural law (the Salamancan school of Vitoria and others); or in conditional deductions from natural law principles about what is strictly just in this or that set of circumstances (neo-Thomists such as Simon and Labourdette). In either case, the change in circumstances makes possible a change in the practical judgment regarding certain means to a natural law end, in this case, the state’s use of its power over the life of criminals for the sake of the common good.

The fascinating thing about institutions of the ius gentium is that, while mutable in themselves, their universal scope makes them existentially indistinguishable to the common person in any given age. We can call this category the “universal existential evil,” in contrast to the “intrinsically evil.” In other words, that slavery was licit then would “feel” as natural as our abhorrence to slavery now. The “inadmissibility” of the death penalty ought to be understood in the same way,  and is perhaps the reason why some “feel” this teaching to be a reversal of the very doctrinal principles on which the old teaching was based. Just as Salamancan theologians such as Báñez appealed to the influence of “the Church” in changing the practice of enslavement, so Francis is appealing to “the light of the Gospel” in changing the practice on the death penalty.

Accordingly, any new prudential judgment of the Church in such matters should correlate with an advancement in changeable means to unchangeable ends. This “law of nations” interpretation is simply that in new circumstances, new means are possible that were not practicable before. Since they are better means, they should replace by means of a new universal custom what was permissible before but no longer best. So, an abolition of the death penalty can replace its practicable availability in earlier times, without entailing that the Church has taught moral error for her entire history until just yesterday. (Needless to say, I find the long testimony of Scripture, the Fathers, and the Magisterium on this question to be definitive as to the question of the state’s power to put to death.)

All I have sought to establish with this post is that this judgment is within the competency of the Magisterium, even as it is also necessarily contingent and nondefinitive. The “law of nations” concept involves universal customs that are proximate to the natural law and thereby existentially of great authority, since these customs will transcend particular, civil laws. Many questions remain, of course. What of the murder of prison guards and other inmates? What of less developed countries? What of prisoners capable of doing damage to public order while in prison? Was retribution not as important a purpose of punishment as some scholars have thought? These are important, but they are not as important right now as noticing that Francis is within his office to make such a prudential judgment and enshrine that judgment in the Catechism as existentially binding in the way I have claimed.

Francis’s move yesterday is another step in the direction of the trend in Catholic social doctrine of further limiting and constraining state authority in response to the totalitarianisms of the nineteenth and twentieth centuries. Will there be any state authority left once the Church calls for functional abolition of that power which in prior ages was the basis for proving that the state’s origin transcended the mere will of human beings? Perhaps one can situate the advance in a different frame: that the Gospel’s light has shown a way of tolerating evil in the midst of society for the sake of highlighting Christ’s mercy and willingness to abjure violence for the sake of our salvation. Society should therefore renounce even legitimate violence when it is no longer necessary to better highlight the dignity of all human life, as John Paul II urged in Evangelium Vitae, further constraining traditional teachings on the death penalty and war to only the purpose of necessary defense. 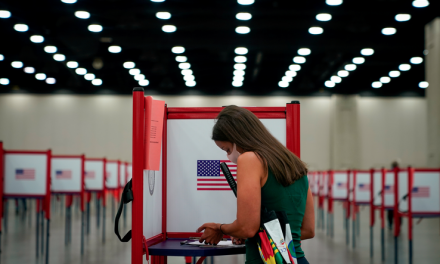 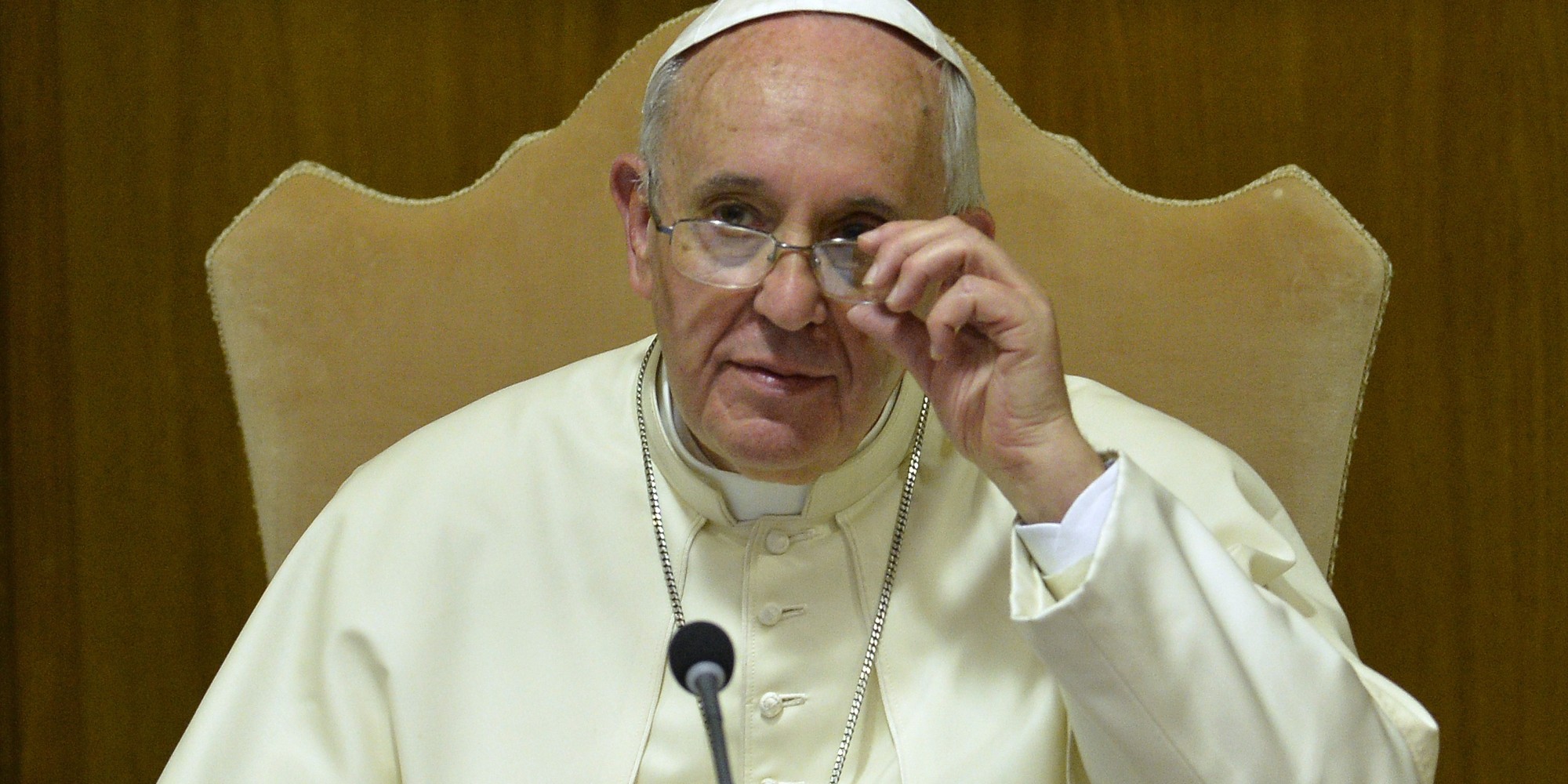 Getting Real with Pope Francis (and his critics)