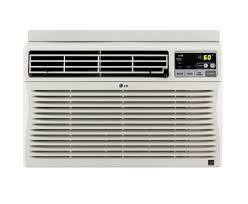 In the early responses to the encyclical Laudato Si’, a couple particular points have drawn attention. As soon as I read the leaked draft, I knew that Francis’s use of the example of air conditioning as a “harmful habit of consumption” would raise some hackles (paragraph 55). And Francis expresses strong skepticism toward “carbon credits” – typically known as cap-and-trade – as a “quick and easy solution” that “in no way … allow[s] for the radical change which present circumstances require” (paragraph 171).

The pushback on these has been quick. An author at the National Review notes that air conditioning does not only preserve material objects, but saves lives. More seriously, the Washington Post has a lead op-ed by Stephen Stromberg who laments the pope’s disdain for cap-and-trade schemes. He writes about the “good stuff” in the encyclical, taking scientists’s warning seriously and showing how the global poor are at the gravest risk, but then seems to overlook the clear advantages of carbon pricing for achieving the most efficient gains quickly. The writer summarizes Francis’s own political vision:

The pope seems to want a fundamental restructuring of the world economy based on spontaneous moral action supplemented by massive spending in the developed world and sledgehammer government mandates from the global level on down, starting with the establishment of a powerful “world political authority.” In the process, he calls for consumer self-denial that defies human nature and minimizes the connections between market-driven economic growth and generalized increases in living standards.

Needless to say, many might find this vision as a whole difficult to swallow.

The statements about air conditioning and carbon credits are clear examples of prudential judgment. I am more in agreement on the former than on the latter, especially if one defines the air conditioning problem as one of “use and intensity.” By all means, have air conditioning available, but let’s make 78 degrees the standard.

But more important than these debates is a recognition of why the pope includes any prudential judgments at all. We should all agree to honor the following axiom: Underlying every prudential judgment is a important, non-prudential principle. On the one hand, turning to the principle can be a way of evading the bite of the prudential judgment, watering it down too easily. The pope notes we tend to do this with our vices

Such evasiveness serves as a licence to carrying on with our present lifestyles and models of production and consumption. This is the way human beings contrive to feed their self-destructive vices: trying not to see them, trying not to acknowledge them, delaying the important decisions and pretending that nothing will happen (para. 59).

On the other hand, making sure we focus on identifying the principle can be a way of making sure papal teaching is received more honestly. Ultimately, the encyclical does not stand and fall on the question of carbon credits, but as a compelling moral argument, even if one does not agree with every particular. Identifying the underlying principle allows for a reception of the teaching as a whole, even when there is disagreement over particular claims.

How would that work in this case? In the case of air conditioning, the underlying principle is the need for a simpler lifestyle, less focused on immediate comfort and convenience for the self. For most (not all) people, most (not all) of the time, air conditioning is a luxury. One could push this further and say it might not be a luxury in a shared workplace, but one could do without at home, or in infrequently used common spaces. We sweated through the hour of mass in the Chicago summers of my youth, the windows swung open and the big floor fans doing their best to make it bearable. And it was bearable. Can we identify other circumstances where we could do without? This is perhaps most challenging because much development is happening in warmer countries where air conditioning use will be more of an energy draw… but perhaps also more important. Drawing the line at air conditioning is prudential, but drawing these lines about comfort and convenience in our lives and our societies is essential.

In the case of carbon credits, there are two principles at stake. One links to the judgment on air conditioning: market schemes without lifestyle change are inadequate. These are like the idea that only technological solutions by themselves will solve the energy problem. But another principle has to do with Francis’s concern that such markets end up serving the interests of the already-privileged, rather than helping all, and especially the poor. Markets by themselves require a “moral ecology,” as Daniel Finn has argued so well, and the worry about a market in carbon is that it will be captured by and for the interests of the most powerful. And Francis is right to warn that a market-based scheme could easily be captured by those who are already wealthy: both fossil fuel producers and wealthier countries, in order to maintain their privilege over others – in a sense, buy their privilege. Does this mean a carbon market would necessarily work in this way? No. But Francis is right to warn that a market with a moral commitment to the poor sets up a system that can easily perpetuate existing inequalities.

Debating carbon credits and air conditioning is a good place to be on day 2. It means that the debate moves past the argument about whether there is a problem at all. But as we debate the pope’s words, we should keep in mind both what a prudential judgment is and what it means to take the underlying principles seriously. 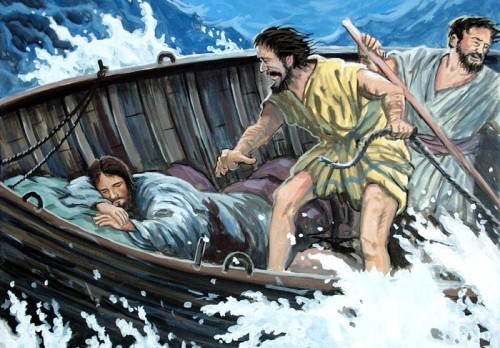