As a theological ethicist who also used to work in law enforcement, I feel obligated to comment on the latest incident involving police using pepper spray on Occupy Wall Street protesters. Garance Franke-Ruta over at The At lantic provides, I think, a fair account of this, including most recently the one at the University of California-Davis. In my view, based on the videos and the reports available to date, the spraying of kneeling students by Lt. John Pike was unjustified; it was excessive force and an example of police brutality. Most law enforcement officers are pepper-sprayed as part of their training so that they know what it feels like whenever they use it (plus, often when it is employed, some blows onto the officer, so s/he had be prepared beforehand for what it feels like). I remember being out of commission for a whole day following being sprayed directly in the face during training–it is very painful and incapacitating. Indeed, Fox’s Megyn Kelly should try it before making the silly comment that it’s “a food product, essentially”.

Now, I was not there, and I do not know all the details leading up to it; however, police are trained to remove protesters like these (their tactic of kneeling and making the police have to move them reminds me of similar approaches employed by some Catholic anti-abortion and/or anti-war protesters) through alternative means. For example, one officer can touch certain pressure-points (which still may involve some pain) while another officer binds protester’s hands as they become unlinked to others’ arms. The use of pepper spray in many of the videos I’ve seen (at UC-Davis and elsewhere) appears more to aim at punishing rather than at getting a threatening person to comply as safely (for all, the officer as well as the offender) as possible. Simply put, the use of force (including pepper spray, handcuffing, the use of batons, etc.) is not at all supposed to involve any notion of punishment or humiliation. Police are supposed to serve and protect all citizens, including those they regrettably have to arrest. For the latter, though, any force necessary to subdue the suspect should be proportionate (i.e., similar to the moral reasoning found in the Catholic just war tradition–just enough necessary to accomplish the job and in the least harmful way, if possible, given a constellation of available options). Unfortunately, not all police officers are trained well (and some who are trained well sometimes fail to adhere to that training). Also, not all departments possess and embody a “just policing” ethos, although much has been attempted to move toward “social peacekeeping” or “community policing” models in recent decades. Even so, I recall hearing a training officer at a city police department where I taught ethics workshops (and a department that emphasized community policing) once tell trainees while practicing arrest techniques for dealing with protesters, “There’s no such thing as nonviolence and pacifist protesters.” Not good.

To the protesters, though, I recommend adhering strictly to nonviolent methods of active resistance. I advise them to avoid shouting inflammatory things at police officers, and I would suggest avoiding doing things that may make police believe (wrongly) there’s nothing else to do but use pepper spray. As Martin Luther King Jr. advised, try to persuade the police to become your friends. Be creative. Employ humor. The deafening silence of the UC-Davis students as their chancellor Linda Katehi and university chaplain Rev. Kristen Stoneking walked by was a witness to a force more powerful than pepper spray. I also have seen some photos of protesters doing such unexpected things (e.g., by hugging a police officer). After all, the protests are being done, in part, on behalf of those who happen to have a career in law enforcement; most police, I suspect, are not as well off financially as either the Wall Street tycoons or many of the college students (especially at prestigious universities). This, too, should be kept in mind.

Nothing changing at the Synod on the Family? 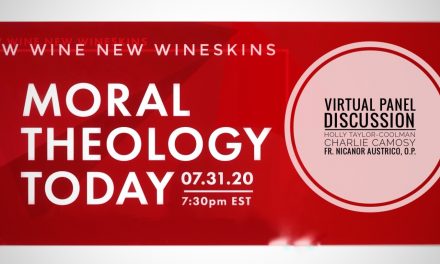