No “Business as Usual” for Catholics and Paid Family Leave 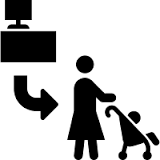 Bailey quotes our own Julie Hanlon Rubio, who notes:

Given all the things Catholic social teaching says about the rights of workers and the importance of family, it seems amazing to me that Catholic institutions weren’t paving the way for paid family leave…

It has been amazing to me, as well. One of the standard points or objections that Catholics raise when confronted with this criticism is that it wasn’t all that long ago that most Catholic institutions were run by priests, brothers, and sisters, for whom family leave time was not an issue. In addition, most religious groups raise the point that they simply cannot afford to offer paid family leave time.

The first point is less salient than the second these days.

When it comes to the second point about financial cost, I have some additional concerns to raise. One is that religious organizations and businesses of nearly any size and shape are parroting each other when it comes to questions about paid family leave: none of us, it seems, despite supposed ideals, can afford it.

Yet that leads to a broader question, which is that Christians have not always chosen simply to stand by and remain quiet – or simply restate the majority party line – when it comes to family leave – even when there has been an economic cost.

Or better put: sometimes Christians have taken what they’ve identified as a Gospel concern and developed something new that works. Creativity goes a long way sometimes. We have had a tradition of widows living in community because of poverty that in practiced worked against the standard views of what it meant to be part of households at the time; NaPro technologies arose out of concern to treat women’s debiliating diseases without using artificial contraception.

If we care about the health and well being of mothers and children, we ought to be creatively figuring out some ways to allow for family leave time – and maybe that becomes a new standard. In other words, why let businesses – and the business model of “doing church” that sometimes creeps into our language – necessitate how we do Christian witness?

Concern for the Very Poor