In Why Marriages Succeed or Fail: And How You Can Make Yours Last, John Gottman argues that, for marriages, “it is how you resolve conflict that matters the most.” Gottman notes methods for negotiating conflict but also indicates people develop particular ways of remembering the conflicts. Couples who struggle to resolve conflicts come to see their past conflicts as evidence that the relationship was bad or broken.  Couples come to believe that they should have recognized these signs much earlier as harbingers of the doomed relationship.  On the other hand, couples who negotiated their conflicts well come to remember them as occasions where they worked together, overcame them, and so strengthened their relationship.

I think Gottman points to two essential aspects of love.  First, love moves towards reconciliation.  It pushes people to address and resolve conflicts.  Only by resisting and restricting love can this momentum be stopped.

Second, love shapes our memory to affect our present.  Love makes us form stories about our relationships and ourselves.  For conflicts, these stories do not turn bad into good, making past wrongs disappear. Rather love shifts the memory to the good that was done in the face of the evil that existed.  This memory then becomes the foundation for addressing future conflicts.  We have done this before and can do it again.  We draw upon these stories time and time again so that we might love more generously and more completely.

I was reminded of both the reconciling and remembering aspects of love when I read “The Case for Reparations” by Ta-Nehisi Coates in The Atlantic.  Coates argues that reparation are needed as a response to a history of financial exploitation.  The article provide numerous specific examples of this past, but he summarizes them well when he writes,

Having been enslaved for 250 years, black people were not left to their own devices. They were terrorized. In the Deep South, a second slavery ruled. In the North, legislatures, mayors, civic associations, banks, and citizens all colluded to pin black people into ghettos, where they were overcrowded, overcharged, and undereducated. Businesses discriminated against them, awarding them the worst jobs and the worst wages. Police brutalized them in the streets. And the notion that black lives, black bodies, and black wealth were rightful targets remained deeply rooted in the broader society. Now we have half-stepped away from our long centuries of despoilment, promising, “Never again.” But still we are haunted. It is as though we have run up a credit-card bill and, having pledged to charge no more, remain befuddled that the balance does not disappear. The effects of that balance, interest accruing daily, are all around us.

The result is present poverty rooted in past injustices.  To fix the present, we have to fix the past. Coates continues to say that it is not just about money, “What I’m talking about is more than recompense for past injustices—more than a handout, a payoff, hush money, or a reluctant bribe. What I’m talking about is a national reckoning that would lead to spiritual renewal.” Coates is looking for some way to address this conflict, something that accounts for the past and present.  I would say he is calling for authentic love.

Coates is not hopeful though.  He believes as a society we cannot even talk about these past wrongs—as seen by the repeated rejection of HR 40, the Commission to Study Reparation Proposals for African Americans Act—much less respond to them.

On almost the same day, as a seeming confirmation of Coates pessimism, Timothy Egan wrote, “Lost in the Past”, an op/ed piece on the rampant ignorance of history that afflicts not just high school students but leaders in our society.  Egan sees this lack of historical knowledge not as a failure of education but as the way we deal with problems in society.  He writes,

Americans tended to be “ahistorical” — that is, we choose to forget the context of our past, perhaps as a way for a fractious nation of immigrants to get along. Right after the Civil War, the South was allowed to promote the inaccurate narrative of “the Lost Cause” — all about states’ rights and Northern aggression. In fact, slavery was enshrined into the very first article of the Confederate Constitution; it was the casus belli, and the founding construct of the rebel republic. That history may hurt, but without proper understanding of it, you can’t understand contemporary American life and politics.

In a society replete with conflicts that it does not like to address, how can we possibly love?  How can we abide with love’s movement toward reconciliation, if we have no memories of the wrong?  How can we have hope in the future, if we do not find in our past a love that overcame evil with good?  We become resigned to our own demise like couples who are unable to resolve their conflicts.

As Christians, we must begin by turning to our memory of the God who loved us and sent the Word for our reconciliation.  This gospel must serve as the foundation of our love that will move us to remember and resolve conflicts in ourselves, in our relationships, and in our societies. Only if we persist in this love, will we be able to look back one day and remember injustices as those occasions when people rose up to do what was good and right. 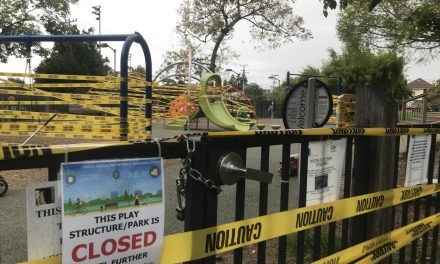