Kimmy and the Pope 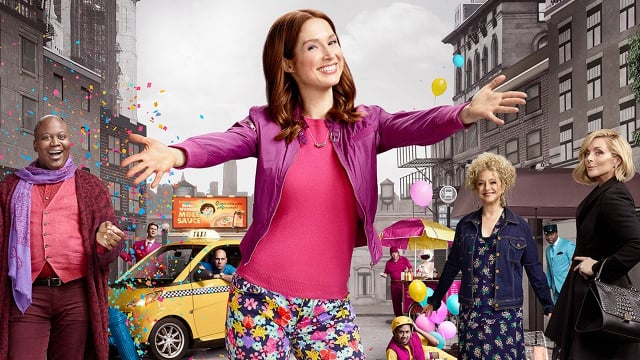 In a section of Amoris Laetitia, the post-synodal apostolic exhortation from Pope Francis, the pope refers to the film Babette’s Feast to talk about experiencing joy.

“The most intense joys in life arise when we are able to elicit joy in others, as a foretaste of heaven. We can think of the lovely scene in the film Babette’s Feast, when the generous cook receives a grateful hug and praise: ‘Ah, how you will delight the angels!’ It is a joy and a great consolation to bring delight to others, to see them enjoying themselves.” (129) The pope has written quite a lot about joy. But where would we go to bring the pope’s film references up to date? If we want to communicate to our students today that “the world is a joyful mystery to be contemplated with gladness and praise” as Pope Francis writes in Laudato Si, (12) to what would we refer?

It might sound odd to say that watching Season 2 of the Netflix original comedy series Unbreakable Kimmy Schmidt got me thinking about Pope Francis, but it did. Why? It is just a comedy show, to be sure. And it makes me laugh. But it contains an underlying social commentary that aligns with much of what Pope Francis has emphasized since becoming pope. Unlike HBO’s Veep, which is also very funny but has a heart of despair about our political context, Unbreakable Kimmy Schmidt brings us a cast of characters who are flawed and strange but whose struggles raise our spirits and give us something to think about.

Kimmy, like the pope, is full of hope. The show’s premise is that Kimmy was rescued after living 15 years in an underground bunker, and when released she moved to New York City to have a fresh start. The only problem is that all of her pop culture references are from the 1980’s. Her friends, especially Titus and Lillian, help her to navigate this strange world and to heal from the trauma of her past. But they have struggles of their own.

For example, in Season 2, Lillian battles the “hipster invasion” in the neighborhood. Titus hasn’t given up on his dreams of acting, but can’t find steady employment. Jacqueline’s character provides a commentary on the emptiness of extreme wealth, and her son’s use of the prescription “Dyziplen” offers a not-so-subtle critique of the overuse of pharmaceuticals to control children’s behavior. Through it all, Kimmy faces the world with openness, honesty, and kindness. Her wisdom may sound corny but she becomes the show’s conscience repeatedly. For example:

“In order to fix ourselves, we have to start right here. Find that small unbreakable You inside yourself.”

“Why do we keep doing this? Replacing one stupid male authority figure with another? Like Days of Our Lives replaces Roman Bradys.”

“Some things are just wrong. Like kissing a married person. Or tracing something and saying you drew it.”

“I still believe the world is good. That bunnies are nice and snakes are mean. That one day Sandra Bullock will find someone who deserves her.”

“You can’t put a price tag on your self-respect.”

My favorite scene from Season 2 is when Mikey comes out to his Italian Catholic family. The family is eating a pasta dinner together around a large family table, with a framed picture of the pope on the wall. The scene begins with the end of the father’s prayer, “burning in hell with the rest of the Yankees, Lord, Amen.” Mike is so worried about how his parents will react that he has lost his appetite. When his parents ask him what is wrong, Mikey responds “I’m just gay, okay? I’m nervous because I didn’t know how to tell you guys.” To which his father responds in a stern voice, “Michael, do you know what the Church says about homosexuality?”

But then the scene takes a left turn. We are primed to think that the father will begin an abusive rant about how Mikey is no longer welcome in the family. After all, this is a pious Catholic family. They have a picture of the pope on the wall. They pray before meals. The father uses the word hell.

But the father answers his own question. “Cause I don’t anymore.” Mikey’s father says he is confused by how the pope “seems to be for it” [homosexuality], and asks “Who am I to go against our gay pope?”

In the end, the family welcomes gay Mikey with open arms, and his elderly grandmother says “Love makes everyone equal.”

Let’s face it- a lot of Catholics have expressed confusion about the pope’s comments about sexual ethics (from “Who am I to judge?”to discussing contraception and the Zika virus). And while Pope Francis has certainly not changed any official church teachings on homosexuality, he has emphasized inclusion, compassion, and love in his writings. His extended commentary on 1 Corinthians 13:4-7 in Chapter Four of Amoris Laetitia unpacks what it means to have a love that is patient, kind, and generous. “To love is also to be gentle and thoughtful, and this is conveyed by the next word, aschemonei. It indicates that love is not rude or impolite; it is not harsh. Its actions, words, and gestures are pleasing and not abrasive or rigid. Love abhors making others suffer… The deeper love is the more it calls for respect for the other’s freedom and the ability to wait until the other opens the door to his or her heart.” (99).