In the weeks after Easter, the Church’s lectionary turns our attention in a special way to the Acts of the Apostles, which recount the continuing drama of the early Church in the wake of the resurrection. Usually the lectionary readings for any given day find their center of gravity in the Gospel, but during Eastertide it almost seems as if the Gospel becomes a commentary on Acts, providing background images and interpretive keys to the events unfolding there.

Last week’s reading from Acts, for instance, features St. Peter proclaiming the good news to the people of Jerusalem, while in the distance we hear the echo of the Lord’s voice from John, saying “I am the good shepherd.” In faithfully proclaiming the message of Jesus’ resurrection, Peter is gathering together a new people from the tribes of Israel under the kingship the promised Messiah, who is both the shepherd of the people and the lamb sacrificed for their salvation. The entire biblical narrative, in fact, could be rendered as one long “gathering” of the human race from the disintegration of sin into the embrace of divine love. Yet it is remarkable that, after the climax of God’s encounter with humanity in the person of Jesus, we find Peter in the foreground and Jesus in the background: it Peter who is now doing the gathering, in the power of the Spirit he has received at Pentecost.

There is a part of me that is absolutely terrified and intimidated by these passages from Acts, especially when they are read in light of Jesus’ words in the Gospel. The rationale for my terror is very neatly encapsulated in the First Letter of St. John: “as He is, so are we in this world” (4:17). The saying has its roots in the very words of Jesus, who said in the Gospel of John, “as the Father has sent me into the world, so I am sending you” (John 20:21). If you recall, that is what Jesus says to his followers when he appeared to them after his resurrection, as they were huddled up in fear behind locked doors. That is what he says to them immediately after giving them his peace, and immediately before breathing his Spirit upon them. In my opinion, Christian disciples do not give enough attention to the magnitude of what is being conveyed in these passages. The point is one that should inspire awe, or else invite ridicule: we are to carry on Jesus’ work in the world.

I am very fond of Rowan Williams’ little book, Tokens of Trust, which I have used in my intro Theology classes for the last several years. One of the lines I keep returning to from that book is that “Christianity is a contact before it is a message.” What Williams is saying, I think, is that the Christian faith is fundamentally based on a human encounter: an encounter with a human person who is as human as any of us, and yet who also—mysteriously yet unequivocally—embodies the divine presence in its fullness. Jesus is not only the vehicle of God’s message; there have been many of those already in salvation history, whether angels, lawgivers or prophets. No, Jesus is much more than simply a medium; He is also the message: the eternal Logos which is begotten by the Father before all ages.

The contact God has made with humanity in the Christ event is one that no longer requires an extrinsic reference point beyond itself to verify its authenticity. Christ does not point his disciples to any destination that is not coterminous with Himself, which is why He can say things like “live in me” and “apart from me you can do nothing.” Jesus presents himself not only as a model and teacher, but as bread, as living water and as the vine. We are called not only to listen to his words and follow his example, but to somehow share his life, to participate in his very being. Indeed, this participation is what I think is on display in the accounts of the apostles’ adventures in Acts. It is not strong enough to say that there the apostles act as “representatives of Christ,” like my congressman acts on my behalf in Washington. St. Paul’s term “ambassadors of Christ” is a little closer, insofar ambassadors in the ancient world were understood to have taken on the persona of the one they represented, but even still, I do not think it would be an exaggeration to say that when we encounter the apostles proclaiming the Gospel in Acts, we are in some way witnessing Christ himself acting amidst the people of that time and place.

When we recount St. Peter boldly addressing the people, or St. Stephen forgiving his murderers with his last breaths, we are witnessing again the work of the “branches” bound to the vine of Christ. Paul will only slightly modify the image in calling the Church a “body” whose head is Christ. In baptism, Christians become part of an organic unity that shares the same life as a person who rose from the dead two thousand years ago, and the same life that ultimately knows no beginning or end. Christ’s life pulses through our veins, and yet it also flows through all the many branches which have been united to him throughout the ages. The “contact” of the Christian faith ultimately centers on the divine life of the incarnate Word, but it equally relies upon an encounter with the branches through which that divine life has been transmitted through each generation. In this sense, all of us owe our faith to a “branch,” and others in turn may depend on us for their own incorporation into the “vine.”

That is why I find the idea of “being sent as He was sent” so terrifying. For whom am I to be the embodiment of Christ as my parents and mentors were to me? Whom am I, through the power of the Spirit, to be “gathering” into the Body by my words and actions?  Even in the case of Paul, whom Christ met directly on the road to Damascus (and as good a candidate for self-sufficiency as any), we hear of the instrumental role played by Ananias and Barnabas, to whom he is entrusted so as to be fully grafted into the concrete community of the Church. We all need other people—real people—if we are to live out the Christian life, since the Christian life is nothing else but the life of Christ himself, which we encounter first and foremost in the lives of those who share his life as “branches on the vine.” 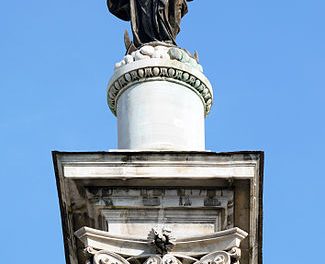 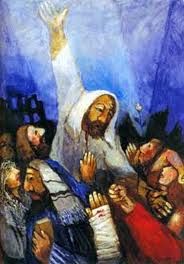