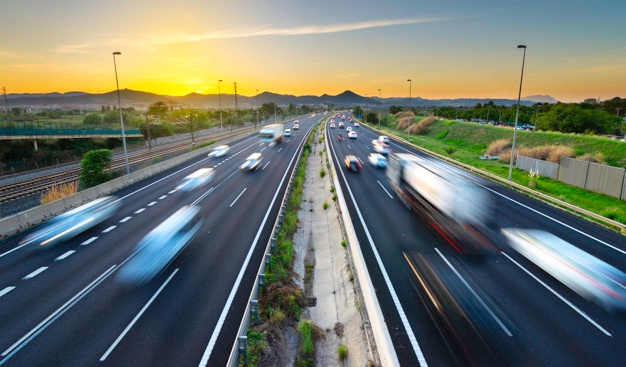 The third Sunday of Advent is…. different. This is one of these liturgical quirks that a lot of people know, since it represented by such a visible sign: the out-of-place candle on the Advent wreath. This is the joyful interlude in the otherwise penitential season, or so the standard line goes.

Today’s readings actually help us get out of the idea that joy is one thing and repentance another. They do so in three ways:

First, joyful news for some isn’t always a matter of joy for others. Today’s first reading offers the classic prophecy of Isaiah, about bringing good news to the poor, liberty to captives, and the like. Good news indeed… for some. But, as we should recall from Luke’s story (4:16f.) of Jesus proclaiming this reading in the synagogue, many hear this and are not filled with joy. The (hometown!) audience instead tries to throw Jesus off a cliff. So too, Mary’s Magnificat serves as today’s psalm, and it equally recalls the God who “filled the hungry with good things” while “the rich he has sent away empty.” And so too, the appearance of John the Baptist in today’s gospel is not simply as the joyful herald, of whom we also heard last week; we also get to see the skepticism of the Pharisees make its appearance. They wonder specifically: who has authorized you to do all this? If this all sounds a bit conflictual for a “joyful” day, it is. If we really want to be open to the full reality of God coming into the world in the person of Christ, the full “joy” of it, then we need to recognize that any truly earth-shaking event is going to produce differing and opposing reactions. Yes, some are going to leap for joy at the coming of the Prince of Peace. But others, not so much… although they should, of course!

Second, we need to dig deeper into the image of a “highway” or a straight road. Road-building in the ancient world was a great and difficult task. In a reading from last Monday’s daily mass, Isaiah (35:1-10) gives more details about it:

A highway will be there,
called the holy way;
No one unclean may pass over it,
nor fools go astray on it.
No lion will be there,
nor beast of prey go up to be met upon it.
It is for those with a journey to make,
and on it the redeemed will walk.

There’s a lot here, but we might think about highway-building in our society. I am inclined to romanticize the backroads, the “personality” you see when driving on roads that meander around, pass through towns, etc. But admittedly, when I drive to Pittsburgh from Washington, DC, I am quite happy with the Turnpike. Why?  “It is for those with a journey to make” – and moreover, it has all sorts of features that mean that “fools do not go astray on it.” The road is also a lot safer than backroads, frankly. Controlled access and other standards make a huge difference. And really, who wants to get stuck behind that one person who is driving super-slow on a two-lane road?

Of course, the construction of the interstate system in America has many downsides, including how it bypassed towns and encouraged the growth of big boxes sitting right by an exit, as well as how it chopped up central cities and encouraged people to zip in and out, leaving neighborhoods neglected. But in the case of these readings, this is the point: the joy of using the interstate system come with losses to others. The question is: what do we want? Or better, where are we going? The highway image here is about the way back from captivity, back home. Maybe the better image for us today would be: let’s say a grandchild is suddenly in the process of being born in another city. What do you do? Take the scenic route? Not a chance. And whether it’s the rich or the Pharisees, in the gospel, the people who want to block the highway are the ones with no place to go, no captivity to leave. They are content in exile. When you think of it this way, it should help us realize that “the rich” or “the Pharisees” are not necessarily one specific set of people, but are about a way of being in the world that is a much greater temptation for the rich and those with authority. These are the people who think they already have salvation. The current world is just. There’s no exile. They, in short, have nowhere to go – and in addition, they usually have reasons to block people who think they do have somewhere else to go. People who go to John the Baptist or Jesus for forgiveness of sins; they are not going where they are supposed to go, which is the Temple.

There’s a little bit of this, probably, in everyone. The joy is not about getting somewhere. The expectation actually threatens us. And insofar as it does, to get the joy, you need the repentance.

So third, it is probably important to understand that possibly the greatest gift any human being can receive is forgiveness of sins. Forgiveness of sins has a complex relationship to full-on reconciliation. This is because we usually think too trivially about forgiveness. We have to recognize that the forgiveness offered in the Bible is for sinners – real sinners, real exiles, real prodigals. And we then have to recognize this means all of us. The reconciliation that is needed between the prodigal son and his father, much less with his brother, is non-trivial. It will require work far beyond the biblical parable. But the reconciliation does not happen without the free offer of forgiveness – and its acceptance, symbolized by the prodigal’s humiliated return from his folly.

Whether in our personal life or in our social life, the refusal to forgive sin is a great, indeed impossible burden – even when we don’t think about the theological side, the ways in which we reject God’s gifts and wisdom and presence. Yes, in the Gospel, the blind gain sight, the hungry are fed – but above all, sins are forgiven in Christ, so as to make possible a new, reconciled humanity. Without it, we are all just sinners fighting with one another, casting stones, running away, exercising power for ourselves, blaming others, and the like.

The central joy of the Gospel is the true forgiveness of our sins. And that joy comes only with repentance. The good news we are “awaiting” in this season is that God offers the highway to exit the exile, the prison, the guilt we are avoiding. If you get that, you see good reason to be joyful.