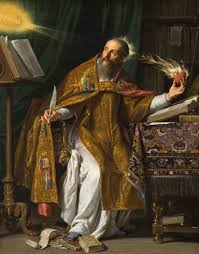 Charlie’s post from yesterday raises a larger fundamental question about the place of Christian thought in public discourse. It directed me to Alan Jacobs’ remarkable essay in the most recent Harper’s, offering a genealogy and lament on the decline (or perhaps disappearance) of the Christian intellectual. It is certainly a must-read. In cataloguing the likes of Richard John Neuhaus, Cornel West, and Marilynne Robinson, he suggests that no one in fact succeeds in bringing a critical edge to their public discourse. For example, eloquent as Robinson is, he points out that publishing an essay on fear and a gun-obsessed culture in the New York Review of Books is not particularly prophetic. Moreover, he worries that Robinson never actually calls out the secularity of her audience, challenging their rejection of Christian community. He says at one point:

The essay prompted some self-reflection. I now teach at The Catholic University of America and yet devotedly read the New York Review of Books. And besides teaching (moral theology, no less), I’ve never not been active in multiple parish communities– the blessings of music allows for many bridges to be crossed! I am not really sure what to think about the category “Christian public intellectual,” but I am glad that, despite the fact that I am not supposed to exist, here I am. But I also ask myself, “Where do I belong?” I’m a parochial Catholic from an ethnic enclave, though an enclave of Chicago, and one from which I gained access to the decidedly-less-parochial Jesuits. I’m a theologian formed in my vocation at a highly secular elite liberal arts college, then trained in the eclectic mash-up of Duke’s hybrid religion program, where one seminar from Stanley Hauerwas on Aquinas would be followed by another by Elizabeth Clark on Augustine.

We are apt to find what we are trained to find, but I’m not entirely sure what my training conditions me to find when wondering about what it means to be a “Christian intellectual.” I take that to be a good thing. One observation (which Jacobs leaves out entirely) is that sex has messed everything up. So long as there was a general consistency between the historic Christian ethic of sex (an admittedly vague category, but still useful, I think) and the social norms of the culture, one could move on and talk about other things. I’m not speaking necessarily about the major shifts, such as the social acceptance of same-sex marriage and out-of-wedlock childbirth. Just think about the sort of temperance about sexuality enforced across mass media cultures prior to the 1960’s, and compare it to Democratic convention speaker Lena Dunham or Republican nominee Donald Trump. I don’t think one has to be a prude to condemn a pornified, oversexualized culture, and suggest that public norms of restraint are reasonable – indeed, they are humane. But attempting to suggest that the maintenance of a humane, non-libertarian sexual ethic is a responsibility of good commons management – well, no one really wants much part of that.

Another observation I’ve taken from Hugh Heclo’s excellent but overlooked book on Christianity and American Democracy. Heclo’s book suggests that the primary institutional sites for the marginalization of Christianity are the schools, the courts, and what he calls “the consumer arts.” Note that this grouping transcends typical partisan categories. The secularized dominance of these sites over time tend to push Christianity (or any firm, non-private religious convictions) to the margins of life. The world that received Reinhold Niebuhr was essentially a world reared in the teens and twenties, prior to this movement, and so what was transmitted (broadly) was a “cultural Christianity,” which, whatever its flaws, was a real habitat for most human living. Stores, schools, and the law still had a sort of Christianity hovering over or behind them.

I find Heclo’s observation particularly telling because I can see that, despite being born after all these cultural transitions were long underway, I managed to thread my way through life along paths that were not intentionally separated enclaves, and yet also were not spaces that had been cleansed and sanitized against Christianity. I found theological people in a religious studies department, for example, and delighted in being a part of a small Minnesota town’s lively Catholic church. I received a remarkably intellectual high school education while walking around a place saturated with religious commitment, and indeed with intellectual commitments that were about religion. And what Stanley Hauerwas enabled, more than anything else, was a relentlessly sharp intellectual engagement with everything one could take on without feeling the need to marginalize the theological commitments.

But there’s a reluctance to “get” the significance of all this Christian-secular boundary-permeation, and I would say there are three overlapping problems that need to be confronted. First, the fact is religions make truth claims. Those truth claims can be rendered in many ways, such as “the arc of the universe is long but bends toward justice” –but they are truth claims, nonetheless. And those truth claims are endangered by the stupidity of many “debates” over them – Christians have developed (long ago, in fact) quite complex truth claims which are at least interesting and not “disproved by natural science” in some facile way… but Christians have to actually respect those truth claims (which is the point about creedal boundaries, but also a well-trained clergy). Yet the deeper problem is the resistance to “religious truth claims” as an entire category. It’s clear, for example, that Nicholas Kristof hasn’t much of an idea about what a religious truth claim would even mean, but nevertheless seems very clear about what religion Jesus would approve of (and what ones he would not). Kristof’s whole argument makes sense only if one of two things are true: either Jesus has some special authority (which would be a religious truth claim) or at least some people act like Jesus has some special authority, and he would like to use that authority to manipulate more of them into acting the way his own personal politics tends.

This is the second problem. When the whole issue of religious truth claims gets marginalized, it becomes woefully easy for powers that be to use religions simply as tools for partisan purposes. This is really the “chaplain” model – the religion is pressed into service for the sake of the party’s political power. I get emails from political action groups that are faith-based, and I am more often than not saddened by their inability to challenge the orthodoxy of their own side. Basically progressive political Christians need to stop pretending certain issues can be overlooked, and so do conservative Christians. These aren’t marginal issues. Basic notions of religious freedom of institutions really do matter, for example, and global environmental regulation really is urgently needed. The reluctance of groups and their spokespeople to challenge their own side’s orthodoxy, and the temptation of publications and media to use their spokespeople as the mouthpieces for religion in the public square, perpetuates the subjection of religion as an interest group to be manipulated in service of various electoral strategies and partisan policy programs. Religious figures THINK they are being influential in the public square, but in fact the public square is really just interested in using their religiosity for particular ends. Both “sides” should acknowledge their guilt on this.

This leads, finally, to the third, deepest problem: neither party seems to offer a public trajectory for the future of the country that seems particularly Christian, in the broadest sense. It is all well and good to praise Democrats for their efforts on behalf of the marginalized and the environment, but there is little public sign that they are interested in a genuinely communitarian sort of social order – their future seems more focused on a hyper-vigilence about individual rights claims (strongly enforced by courts) and a techno-cosmopolitan optimism that views “community” as a matter of the amenities served up best by about 10 cities in the world. This just ignores so, so much that matters. And that doesn’t even enter into the question about family structure. It’s hard for me, at this point, to believe that the Democratic party is actually interested in the kind of old-school Midwestern communitarianism that seems more “Catholic” to me. Meanwhile, it is hard to imagine two men less amenable to using a bully pulpit to pull America together on a common course than Donald Trump and Ted Cruz. The emergence of a communitarian right seems impossible in a party so deeply committed to unfettered corporate capitalism and libertarian resistance to communal restraints on behavior. I believe there are many people – left and right – who fundamentally want at least some of the things I’m here calling “communitarian.” But the challenges to certain party orthodoxies are just too strong to get them in the center of the conversation.

Would I like to believe that figures like Tim Kaine and Paul Ryan have just enough residual Christian communitarian culture to “get it”? Well, I would like to believe that. And I suppose viable Christian intellectuals in the public sphere could have a seat at the table were that to happen. Things happen in America. But what Jacobs is highlighting is not just a change in who writes for high-brow cultural magazines. It’s a change in the leaders themselves, as well as the populations they have to persuade. Jimmy Carter and Ronald Reagan were very different men with very different politics. And very different self-understandings of what their religious faith called them to do. But both were “soaked” in that pre-1960’s cultural Christianity, and it mattered. For George W. Bush and Barack Obama, religious faith is personal – in the quite different key signatures of the post-1960’s. That’s not a critique of their sincerity. It’s a suggestion that these men typify the milieus from which post-1960’s leaders come. If I were a better Duke graduate, perhaps, I would just accept and even praise the end of illusions of Christendom. But I’m of a mixed enough heritage that I can’t quite do that. Whatever the American project of the pre-1960’s was, it had a lot of civic culture I still want to honor. If there’s anything a “Christian public intellectual” might usefully do, it’s at least trying to name that and name how it is overlooked in the conversation today. 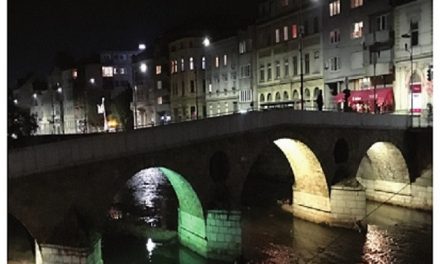