A Heart That Sees

Building upon Beth Haile’s lectionary post for this week, I would just like to share some thoughts I’ve had regarding the way Christians think about  the objects of our love in relation to God, whom we describe as love itself. Beth is certainly right to suggest that the main aim of this week’s readings is to invite reflection on our  ultimate desires: what is it that we really want? For what, if anything, would we exchange everything we had? Do we know, and can we articulate, that for which our heart yearns most deeply?

I am just going to focus on the first reading, in which the Lord appears to Solomon and proposes to give him his ultimate desire-whatever he wants- apparently with no strings attached. As a kid I was puzzled as to why Solomon didn’t take the obvious route and ask for an endless supply of wishes, but in any case what he does ask for is “an understanding heart.”

“An understanding heart:” in my view, this response already reveals a profound degree of wisdom, and the kind of humility that unfailingly characterizes it. What Solomon asks for, in essence, is to become the sort of person who could respond worthily to such a question. Or, to put it negatively, he asks that he not become the sort of person for whom this question would be a curse rather than a blessing. He asks for “an understanding heart” because he realizes that he couldn’t possibly know or articulate a fitting answer to the question “what do you want,” which would not inevitably condemn him to an incomplete and disordered love. He knew enough to know that although his heart had many concrete desires (perhaps too many as it turned out), none of them could possibly satisfy him without remainder. So instead of going for the best discrete option his heart could propose, he simply asked for a new heart- “an understanding heart.”

(Incidentally, while Pope Benedict XVI does not cite this passage when he writes in Deus Caritas Est that “the Christian’s programme —the programme of the Good Samaritan, the programme of Jesus—is “a heart which sees,‘” there can be little doubt as to the connection.)

The first point to notice about this idea of an “understanding” or “seeing” heart is that it frames the ultimate of object of Christian life in terms of love rather than knowledge. However this love depends on, and is inextricably bound up with the truth of the beloved, with the intellect’s recognition of the will’s proper object.

When it comes to a final object of love, of course, such recognition cannot but remain incomplete in this life. Indeed, the manner by which our created intellect is rendered capable of “seeing” God is perhaps the most inscrutable mystery of our faith. We see God through a lens darkened by infinite distinction and dissimilarity. Yet despite that fact, our hearts continue to yearn for Him. In fact, this yearning is so relentless that it can often drive us to construct our own images of the Beloved, with which we then try to deceive ourselves into loving as the real thing.

At the same time, though, we should not denigrate or exile this yearning simply because it so often leads us down idolatrous paths. There is a real sense in which, as embodied rational creatures, our will surpasses our intellect in its capacity to reach the divine. As St. Thomas Aquinas explains in De Caritate 3 ad.13:

When things are below the one who understands, then the intellect is higher than the will, because these things exist in a higher manner in the intellect than in themselves, since everything which is in another is in it according to the manner of that in which it is. But when things are above the one who understands, then the will rises higher than the intellect is able to attain. Thus it is in moral matters which concern the things below man: the cognitive virtue informs the appetitive virtues, just as prudence informs the other moral virtues. But with respect to the theological virtues which concern God, the virtue of the will, viz. charity, informs the virtue of the intellect, viz. faith.

Perhaps one could make an analogy here to the love children have for others, which for all its purity and spontaneity is largely unreflective and so unable to extend itself to the other as other. What children love in their parents or grandparents is largely a reflection of their own self-regard; but of course it would be silly to blame them for that. On the contrary, we cherish and delight in the love of children, encouraging it and nourishing it because we recognize it to be the seed of a love that can and should progressively grow in its capacity to seek the good of the other as other. At the same time, though, we would never doubt that at every point in this process of development the child’s love is truly able to reach the other, and not simply because of the parents’ and grandparents’ own subjective gratification. The love of children is real and effective, no matter how well it “sees” its object. The all-important factor, developmentally speaking, is whether this love maintains its natural tendency to grow in its “vision” and to duly acknowledge what it does in fact “see”.

Would it be too wrong-headed to also see in this passage a basis for distinguishing between the relative scope and method of moral philosophy as opposed to moral theology?  Would it be too irresponsible to suggest that the discipline of moral theology must continually recognize the primacy of the love which its research seeks to clarify? Would it be too audacious then to suggest filling out Anselm’s famous definition of theology so that it reads “fides, spes et caritas quaerens intellectum”? After all, Solomon did not ask for a love of understanding, but rather an understanding love– a “heart that sees.” 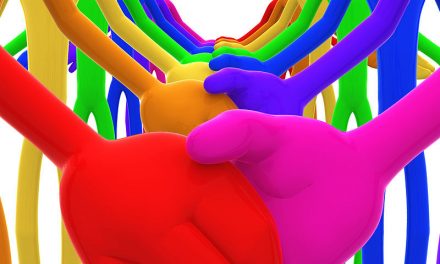