Germain Grisez: A Tribute from a Fellow Mount Professor 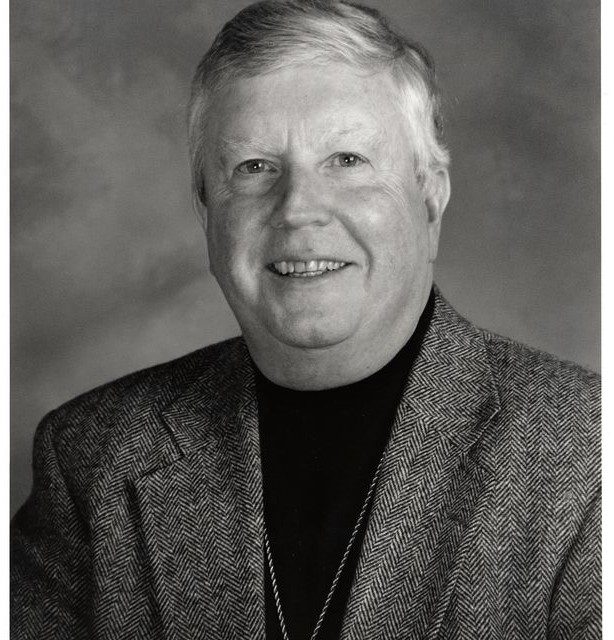 Germain Grisez, philosopher and theologian, died yesterday.  I expect tributes to pour in, as his influence on Catholic intellectual life has been strong for six decades.  His students and collaborators, and even many of his critics, will have things to say about his momentous contributions.  I want to add something from the perspective of the place he called home for thirty years.

For many people, the first thing they knew about Mount St. Mary’s is that Germain Grisez taught here.  He established his own endowed chair – fundraising himself, with the help of bishops – and negotiated with the Mount’s president for a position that would enable him to write, teach seminarians and undergraduates, and pursue a lifetime intellectual project.  So, in 1978, he was named the Rev. Harry J. Flynn Chair of Christian Ethics, and for the rest of his life the Mount affiliation would appear alongside his name in publications, conference appearances, honors, and awards.  (He was the American Catholic Philosophical Association’s Aquinas Medalist in 1985, and in 2005 he received the Paul Ramsey Award from the Center for Bioethics and Culture, for outstanding contributions to the field of bioethics.)

The irony is that, by the time I came to the Mount in 2005, with Grisez’s influence still at its peak, few people on campus knew who he was.  His unique endowed chair gave him access to students and the leisure to write, but it freed him from the rest of the university structure. He was not a member of a department, didn’t have to attend meetings or serve on committees, and he taught what and when he wanted.  Though he attended daily Mass, and walked every day to and from his home on the other side of campus, most people at the Mount would not have recognized him.  Even his office was a secret to most, hidden behind the Human Resources department.

Still, leadership knew that Grisez elevated our status, and in the spring of 2009, after thirty years at Mount St. Mary’s, he was feted by the university, with a ceremony recognizing him as Emeritus Professor and conferring on him the honorary degree of Doctor of Divinity.  He continued to live and work on campus until his health declined and he moved to Pennsylvania to live with his son, in 2016.

At the ceremony in 2009, Grisez gave an address.  It mostly describes his sense of vocation to a life of intellectual service, but it is an expression of gratitude, and among those he thanks are his students:

During my fifty-two years of teaching, my students taught me a great deal. Their questions and objections sparked most of the insights that resulted in what is original in my works. The smile of delight of good students when they understood points I was making also made me try to explain things more clearly and fully. I am grateful to all my students and thank the few who are here today.

Teachers should always thank their students, but I believe there is something more to this than meets the eye.  My own experience teaching undergraduates and seminarians at Mount St. Mary’s suggests a particular blessing of Grisez’s work as a professor.

I will describe one experience by way of example.  The class was “Love and Friendship,” and the syllabus included some expected authorities: Plato and Arisotle, Bernard of Clairvaux and John Paul II.  But I wanted to challenge my students, and perhaps make them uncomfortable.  So We read David Lodge’s novel about lapsing post-Vatican II Catholics, How Far Can You Go.  We watched Whit Stillman’s Last Days of Disco.  Students found Gay Talese’s chapter on open marriage, with its language of generosity and honesty, oddly suggestive of the “Theology of the Body,” and yet… something was missing!  No easy piety for these students.

One reading was Andre Dubus’s short story, “Adultery.”  The main character is a woman who commits adultery. Three times.  The last time with a priest.  Students’ initial reaction focused on her sin, which is incontestable.  But is that the point of the story?  Despite her sin, isn’t she surprisingly sympathetic, her situation pitiable?  What might Dubus have wanted to say by telling this sinner’s story?

The conversation didn’t open up until I asked the seminarians in the room what they would say to this woman if they heard her tell her story in the confessional.  With that question, the tone shifted and the insights poured out.  Students talked about what was sympathetic in her motivations, her desire for friendship, her generosity, her sacrifices.  They became more attuned to human weakness and the need for grace.  In short, they became better readers, and noticed aspects of the story that I hadn’t yet seen myself.  (E.g. the woman’s three adulteries mirror Aristotle’s three kinds of friendship: the first for revenge on her cheating husband, adultery of utility; the second for the thrill of it, adultery for pleasure; the third is mixed with sincere and sacrificial care for the good of the other, adultery “for the good”?)

At the time I thought of my question about the confessional as a way to prompt more sophisticated literary interpretation: the meaning of a short story can’t be reduced to the moral status of its protagonist.  In retrospect, I see that it was at the same time a lesson in moral reasoning: the analysis of a moral agent can’t be reduced to the application of rules.

So I learned something from and about my students as well.  A simplistic view would be that the seminarians were too quick to judge the adulteress.  But in fact, their pastoral sensibilities, rooted in a strong sense of personal vocation, were quite strong; it just hadn’t occurred to them to apply those sensibilities to the reading of literature.  My students didn’t need to be brought to doubt their moral principles; they needed to be invited to share even more the spirit of love and hope that made them eager to serve the Church.

Here I think is a key to the central paradox of Germain Grisez’s work.  On the one hand, he is known for defending strict and hard teachings – insisting on absolute moral norms with a novel twist on “natural theory” in general, and particularly defending Catholic teaching against contraception, divorce, and abortion.  On the other hand, he is known for illuminating the notion of a “personal vocation,” and envisioning the kingdom of God as rich in a plenitude of human goods.  He was firm and forceful and uncompromising in argument, and at the same time gentle, generous, and pastoral with students and colleagues.  As an Aristotelian and “old” natural law guy myself, I was an intellectual opponent of his on many particular points; and still, he treated me like a friend.

What holds this together is the conviction that moral principles are not contrary to – and in fact are an integral part of – care for persons.  Grisez, working for decades with diverse undergraduates and eager seminarians, knew the complexity of the human condition, and the gift of moral truth.  Recent theological debates in the Church – especially this year, with the anniversary of Humanae Vitae (1968) and Veritatis Splendor (1993), and ongoing conversation about Amoris Laetitia – sometimes make it seem to some as if one has to take sides between absolute norms and pastoral prudence.  Grisez’s work with students helped him to experience personally how much these two could never be separated.

Whatever my differences with his new natural law theory or his eschatology, Grisez modeled a Catholic life of conviction and gentleness, orthodoxy and mercy, justice and love, moral clarity and pastoral hope.  He is known for his writing, but his ideas were developed in relationships, conversations, and especially in classrooms where students brought curiosity, faith, and the joy of discovery.  I am proud to have known him and to be at the institution that was his home for more than half his career.  May he rest in peace.

For more on the influence of Grisez’s theology, see this earlier post, when one of his students, Fr. Peter Ryan, was appointed the head of the USCCB’s Committee on Doctrine.