The following is a guest post from Fr. Satish Joseph, PhD. He offers this further reflection on the Synod, with a particular intriguing thought about “changing the conversation about the conversation.”

Back to the Future: A Reflection on the Synod on the Family The two-week long Synod on the family, convened by Pope Francis last year, ended last Sunday (Oct 19, 2014). The Synod was convened to discuss the “the pastoral challenges of the family in the context of evangelization.” The Preparatory Document described the purpose of the Synod “to define the current situation and to collect the bishops’ experiences and proposals in proclaiming and living the Gospel of the Family in a credible manner.” The working document also invited ordinary Catholics in the pew to send in their reflections and assured them that the Synod “will thoroughly examine and analyze the information, testimonies and recommendations received [from them] to respond to the new challenges of the family.”

As the discussion of the Synod revealed, the issues and current situation [contexts] included for discussion were varied and complex. On the one hand, the context is the place and role of traditional families. Many people surely find themselves very blessed to be in traditional families. On the other hand, as the Synod’s final message said, enfeebled faith, indifference to true values, individualism, impoverishment of relationships, stress, children with special needs, aging, poverty, migration, and violence continue to exert immense pressure on families. The context is also a large number of divorced and remarried Catholics who find themselves excluded from the internal life of the Church. The issue is further complicated by the process of annulment, which, in reality, is meant to uphold the inviolable bond of marriage. However, what is meant to uphold something positive can also become a cumbersome process. Perhaps even more complex is the issue of the definition of marriage. The very traditional definition of marriage as a monogamous life-long covenant between a man and a woman is in question.

The Synod published a final report and it will function as a working document for the 2015 Synod.  Meanwhile, the midterm report that was released raised major controversy. Of course, the media focused on the hot-button issues such as communion for divorced, remarried Catholics and homosexuality. However, from the big-picture perspective much more was accomplished. In this reflection, it is my intention to focus on the great accomplishments of this Synod, and also see its implications for the complex issues that confront the family.

1. Two Theologies at Work. Apart from the hotly debated topics, it was the methodology adopted for the discussion that was truly interesting. Theologically, there are two primary approaches to any issue – the first approach is ‘theology from above’ and the other, ‘theology from below.’ The starting point for ‘theology from above’ is doctrine. In this approach people begin by asking, “What does Scripture and tradition say about the family?” Once that is ascertained, the emphasis is on ensuring that families can live up to the ideal that doctrine reveals to us. In this approach, the emphasis is on preserving the doctrine and preventing the new context from diluting doctrine. Those who are faithful to the doctrine find themselves in communion with the Church and others either must find ways to comply, or find themselves excluded from communion. ‘Theology from below’ has a different starting point. Doctrines are still of primary importance, but the starting point is different.  The starting point is the context within which people and families find themselves, either because of their own choices or simply because life and relationships are complex realities. In this approach, doctrines are ideals that God has set before us. We are all obliged to unflinchingly strive toward them. As we all strive toward the same ideal, different people are at different points. Some of us have traditional families and thank God for that. Thus, the final message from the Synod upheld and celebrated the value of traditional families as “a gift, a grace expressed.” But not everybody is there. Divorce, remarriage, denial of annulment, long and expensive annulment process, same-sex orientation – these are complex issues. As with the theology of Vat II, Pope Francis clearly seems to be taking ‘theology from below’ approach in understanding the family and human life in general. He wants to see those of us who either struggle with the ideal or find it impossible to comply to be accepted, welcomed, and loved like Christ did in his compassion and mercy. This does not mean the rejection of doctrine but rather the acceptance of the complexity of human relationships. That makes some folks very insecure about the stability and future of the Church. Perhaps, they are justified. Thus in his final address to the Synod, the Pope asked the “traditionalists to avoid both the temptation to “hostile inflexibility” and the liberals to avoid the temptation to “deceptive mercy.”

3. The church is “Missionary Disciple.” Pope Francis represents break and continuity with the previous Popes.  Clearly, in his style, his focus and his emphases he has indicated a break from other Popes. But in many other ways he is very similar to the five most recent Popes – Pope John XXIII, Pope Paul VI (he canonized both of them in 2014), Paul John Paul I (who was Pope only for 33 days), John Paul II and Benedict XVI. Francis is a true reformer like John XXIII and Paul VI, and like John Paul II and Benedict XVI, he also believes that “Being Christian is not the result of an ethical choice or a lofty idea, but the encounter with an event, a person, which gives life a new horizon and a decisive direction “(Benedict XVI). Francis is not only more emphatic about this but exhorts every Christian to allow Christ to encounter him or her. In his first apostolic exhortation Joy of the Gospel, he says, “I invite all Christians, everywhere, at this very moment, to a renewed personal encounter with Jesus Christ, or at least an openness to letting him encounter them; I ask all of you to do this unfailingly each day.” For Pope Francis, Christianity is not the sum of its doctrines and fidelity to them. First and foremost, Christianity is about Christ and Christian standing face-to-face with each other. Whereas in my previous reflections on the Pope’s exhortation, I have stressed “encounter Christ,” in this reflection I want to emphasize the fact that Pope Francis is inviting “all Christians” to encounter Christ, not just the worthy. In other words, his emphasis in on the person – the human person and the person of Christ. The person is central to his thinking and theology. The face-to-face encounter with Christ encourages Christians to become “missionary disciples.” The Church, according to Francis, is a “missionary disciple.”

The centrality of the human person and the idea of the church as a missionary disciple influences Pope Francis’ understanding of the Church’s role in the world. Thus in his closing speech to the Synod fathers he said: “This is the Church, One, Holy, Catholic, Apostolic and composed of sinners, needful of God’s mercy. This is the Church, the true bride of Christ, who seeks to be faithful to her spouse and to her doctrine. It is the Church that is not afraid to eat and drink with prostitutes and publicans. The Church that has the doors wide open to receive the needy, the penitent, and not only the just or those who believe they are perfect! The Church that is not ashamed of the fallen brother and pretends not to see him, but on the contrary feels involved and almost obliged to lift him up and to encourage him to take up the journey again and accompany him toward a definitive encounter with her Spouse, in the heavenly Jerusalem.” In the context of the family, Pope Francis’ emphasis on the Church’s solidarity with sinners should make the divorced, remarried and the LGBT community less alienated from the Church. On the other hand, those who emphasize doctrine and tradition should find solace in the fact that Pope Francis is not changing doctrine, but rather, find ways to address the complexities facing today’s families.

So the church continues to move forward through the ages. As she does, she strives to stay faithful to the mission of Jesus Christ and yet accomplish it in a changing world. This is no easy task, as the Synod discussions prove. But with the help of the people of God and under the guidance of the Holy Spirit, Pope Francis will lead us on. On now to the next chapter of the Synod in 2015.

Jane Lotter’s “Viral” Obituary: How are Christians to Respond?

The Role of Government and the Liturgies of the Nation-State 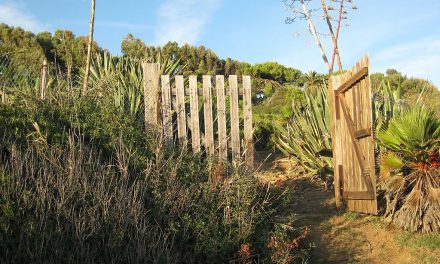