I have often gone to the Mass of the Lord’s Supper at a parish where everyone washes everyone else’s feet… during the Gospel. The people remove their shoes and socks when they stand for the Gospel, the priest reads up to the point where Jesus says, “Do you know what I have done for you?” and thereupon starts singing the mandate. He then goes to wash, and the whole Church then begins to move, coming forward to wash and be washed in turn. Ten minutes, with a musical setting of the mandate being sung and played throughout. Then, when this is complete the priest returns to the Gospel, and concludes, “The Gospel of the Lord.” It is, without doubt, the most powerful liturgical action I have ever seen.

Maybe until Pope Francis. Pope Francis, in his Holy Thursday Mass, washed the feet of women, prisoners, non-Christians. Rita Ferrone, over at dot Commonweal, links to the reaction in some quarters, which is so virulent that some express a hope that Benedict will rescind his resignation and Francis will become an “anti-pope.” Another says he is “almost tyrannical and very determined in his demolition of papal authority.”

The fact that some find the actions of Pope Francis and the parish described above as incredibly moving and extraordinary manifestations of the Faith, while others find them ugly and verging on sacrilege, is perhaps worth considering on Good Friday, the day we yell out “Crucify him!” and remember how spurned and rejected God was and is. The priest at my parents’ parish preached a very nice Palm Sunday homily, where he drew attention to the “two gospels” of the day, and reminded us that Jesus enters the city to palms and shouts of acclamation, but exits to insults, scorn, and bearing a cross. The Christian path, he said, must encounter both realities if we are truly following Jesus.

It’s obvious – really painfully obvious as these passions play out – that people in all roles in the Passion narratives misunderstand what is going on. The misunderstandings seem to hover in an uncomfortable place between confusion (“Lord, shall we use the sword?”) and willful contempt (“We have no king but Caesar.”). That Jesus is rejected, scorned, abandoned, and betrayed is what is made clear.

Within the Church today, we seem to be trapped in a situation where we are also filled with misunderstandings about Jesus, with the result that we too often end up rejected and even crucifying one another – and so do so to Him as well. I think a comment from a young priest on Pope Francis’ action sheds light on this. He writes that

I am a young, recently ordained priest. Tonight, I planned on preaching about the Eucharist and the institution of the priesthood. How can I speak about such things – the self-offering of Christ, the 12 viri selecti – when our Holy Father is witnessing to something different? I feel like going up to the congregation and saying, “I don’t have any idea what the symbolism of the washing of the feet is. Why don’t we just all do what we want.”

What I find striking about this comment is how it leaps from the fact that Francis did not perform the rite as a tribute to the priesthood to the claim that “anything goes.” This is quite unjustified. Does this young priest, whom we should respect because he has in fact given his life in service to the Church, really have no idea what Francis is doing here? The pope did not do something crazy, like ordaining non-Christians – he simply enacted the footwashing in a way that brought out particularly the physical humility and vulnerability of the action. Another commenter wrote:

To me, it seems like there are two separate messages in the washing of the feet: (1) God condescending to man in an incredible act of humility; (2) God teaching his apostles how they were to lead (as a prelude to instituting the priesthood). The Pope is teaching the world about the former, perhaps at the expense of the latter. But his message is being received well.

That is refreshingly nuanced. It seems to me that Francis did not perform this action in order to diminish the ministerial priesthood, but neither did he do it in some way that reduces Jesus’ mission to mere “social service.” What he did – what the parish above does – is make the actions of Jesus living. But it is worthwhile to pause and recognize that there is also truth in the idea that Jesus is specifically offering a “mandate” for leadership as well. After all, the pope’s actions are powerful in part because he is the pope. What seems harder for me to understand is how one then takes this “mandate” for leadership to be an occasion for forms of pomp, elaborate dress, and the like – in short, for attributing a kind of “honor” to the priesthood that looks more like worldly honor.

So I would like to believe that these kinds of actions, rightly understood, can push us past the misunderstandings – in caricatured terms, to be sure, views of Jesus and His mission that are “too high” or “too low.” For too long in the Catholic Church, we have been stuck in a place where Jesus’ mission has been used as the occasion for exaggerated misunderstandings, from the shocked reactions of traditionalists to the painful broadside of Gary Wills against the ministerial priesthood altogether. I am increasingly hopeful that Francis is a unique man, whose words and gestures are meant to draw us beyond these misunderstandings. I am sure there will be moments when Francis is faced with the cross, instead of the celebratory “palms” that greet his Holy Thursday actions. But let us pray that his actions can help us all stop reenacting the confusions and misunderstandings whereby we Catholics pierce the Body of Christ. From this pierced Body, then, by the Holy Spirit, we can arise for a new day. 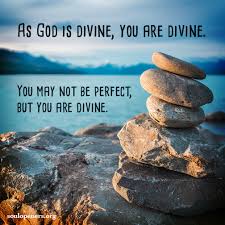 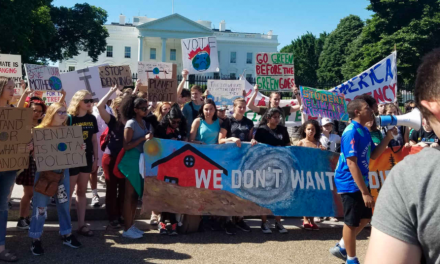