What does it mean to pray “thy kingdom come,” as Catholics and other Christians do on a daily basis? To be quite honest, when I pray this and actually think about it, I find myself saying (in the spirit of Augustine), “Come, Lord, just not yet.” Maybe Malachi’s words, which he hear in our first reading, echo in my self-conscious: “But who will endure the day of his coming? And who can stand when he appears? For he is like the refiner’s fire, or like the fuller’s lye.” With a description like this, it seems appropriate to feel a little fearful.

But I suspect it is not just the fear of standing before the Lord in judgment that stands in my way of praying fully for the Lord’s kingdom to come. I think my reticence, and probably a lot of other people’s, is grounded in a reluctance to be part of a kingdom in the first place. To live in a kingdom means to accept that we are not the sovereigns, but the subjects. Coming from a society which prides itself in a government of and by the people, conceptualizing ourselves as “subjects” stands in marked contrast. But it is not just the divergence between living in a democracy and praying for a monarchy (THE monarchy, if you will). My hesitancy in accepting the kingdom of God is also a hesitancy–actually, an outright resistance–to accepting the implications, particularly the idea of not being in control. To live under a sovereign, even when that sovereign is God, is to accept that we ourselves are no longer the sovereigns. It means accepting that we are not in control.

This is a lot easier for people who live with the knowledge that they aren’t in control. In our gospel this week, we are introduced to several of these individuals who are awaiting the kingdom in hope and anticipation: Simeon, Anna, and Mary and Joseph. For them, the coming of the kingdom was an alternative vision to the kingdom they lived under on earth. Living under a Roman sovereign and longing for the fulfillment of God’s promises, it makes sense that they would prayerfully await God’s kingdom. And Luke himself, the author of our gospel for this week, who had likely seen the temple fall and the awaited day of the Lord fail to come for God’s people, the coming of the kingdom where Christ would return and restore his people to their exulted place and reverse their fortunes (the theme of reversal is integral to Luke’s eschatological expectations) was something to long for indeed.

God’s kingdom is then the reversal of our lives. It requires that we become powerless in a sense, subjects to the incomprehensible whirlwind that we know our God to be. Becoming kingdom people, that is, people who can truly pray “Thy kingdom come” requires that we begin now the arduous task of letting go of the illusion of sovereignty and mastery over our own destiny that most of us possess.

I think this is one of the lessons we are to learn on this Feast of the Presentation of Our Lord, especially in its Marian dimensions. Mary and Joseph bring Jesus to the temple in recognition that he belongs to God, but Mary is given a powerful epiphany with regards to her own part in God’s plan. Her “yes” to God at the Annunciation is a true relinquishing of control, and she is given a glimpse here in the temple of what the consequences will be as Simeon tells her,

“Behold, this child is destined
for the fall and rise of many in Israel,
and to be a sign that will be contradicted
—and you yourself a sword will pierce—
so that the thoughts of many hearts may be revealed.”

Mary also acts as an exemplar with regards to how we should respond to God’s sovereignty over our lives. Although we don’t have it in this reading, twice Luke tells us that she “kept all these things in her heart.” Becoming kingdom people is not just about learning to relinquish control; it is also about learning to see how God is acting, how God might be exulting us in our moments of humility. It is about learning how to wait, as Anna and Simeon wait, until God reveals what God is doing.

And this is why becoming kingdom people is not about ceasing to be agents. We are still responsible for acting and for our actions. It is just that as subjects in the kingdom, our actions become primarily about responses to our sovereign, and not about responding to our own plans and desires. Or better still, it is about working to make our own plans and desires ever more conform to the will of the sovereign who we have given our lives to. 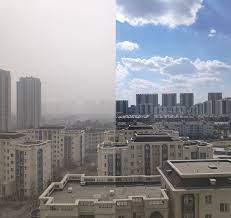