The political problem for Catholics in America is sometimes characterized in terms of a “checklist” of positions, which do not properly align with the positions of either major party. I don’t think this is the real problem. The real problem is that the Catholic account of the political order assumes a substantive account of the good, whereas in principle our political structures are merely procedural, and assume a pluralistic (or, if you prefer, relativistic) account of the good. “Option for the poor” is an example – it assumes that care for the poor is not merely a matter of advocating for a particular interest group, nor merely a matter of maintaining social stability.

This abstract problem of reconciling Catholicism and political liberalism is well-known. It produces a kind of debate between those who claim that Catholicism has become more reconciled to political liberalism with and since Vatican II and those who suggest that this is not the case. But to some extent, a pure political liberalism cannot possibly exist. We mischaracterize our politics if we believe it is free of substantial commitments to the good. So this liberal-versus-sectarian, or practical-versus-prophetic, debate may be misleading. A better characterization of the present situation is as follows: a party which shares some of these substantive commitments, but systematically refuses to acknowledge any substantive commitments in discourse, versus a party which tries to articulate substantive commitments, many of which are fundamentally mistaken.

It’s quite possible to imagine the Democratic Party as a party with substantive commitments to the common good. One could claim it believes in fundamental rights of laborers, in sharing resources for common aims, in the importance of education, and in the conservation of the environment. But one could also imagine the party as merely representing the interests of these particular groups in society. And in fact, the increasing inability of Democrats to maintain and enhance these social structures is telling. Charles Murray, in his recent book, Coming Apart, provocatively contrasts “Belmont” and “Fishtown,” the social orders inhabited by the white professional (or “creative”) class and the white working class. “Belmont” is a very attractive social order. But Murray derides the residents of Belmont for their thoroughgoing “nonjudgmentalism.” That is, the residents of Belmont believe in civic responsibility, hard work, lots of education, and (particularly important for Murray) marriage and children. The problem, Murray suggests, is that Belmont won’t preach what it practices. Why? Because it holds an ideology of nonjudgmentalism, and it is fearful of any kind of forceful claim for the normative value of its beliefs (and consequently, claims against other beliefs). It shows particular anxiety when it comes to sexual issues, but in broad terms it is unlikely that a robust defense of, saying, raising gasoline taxes to shift our driving choices and practices or maintaining the estate tax as a way of fostering social equality is going to be heard in national Democrat campaigns.

This unwillingness to make forceful substantive claims ends up having two effects. One, it tends to weaken these positions and support for them, while actually lending support to a larger belief that there is no normative good life. Put simply, in practice, it erodes moral commitments and favors increasing relativism. Two, it disguises the extent to which these normative claims are in fact in operation (say, through environmental regulation) – to some extent, “Belmont” is the socially elite and dominant class, but by not saying this forcefully, it creates resentment among those (in Fishtown?) who recognize that these normative claims are in fact being imposed (sort of), but indirectly. One could look at the extraordinary opposition to the health care legislation as exactly this kind of process – something substantive is in fact being imposed, but it can only be defined as “normative” in the most tentative ways. It daren’t be called “socialized medicine.” Moreover, Fishtown could use a real, forceful articulation of the normative importance of marriage and family and of education as a path to success, and yet even someone who exemplifies both of these in his own biography under unusually difficult life circumstances (that would be President Obama) can’t or doesn’t actually make any kind of normative case in the national discourse.

On the other hand, the Republican Party is increasingly open to making normative claims. Not totally open, but increasingly so. One sees this in rhetorical flourishes about “real Americans,” or about the fundamentally religious character of the country (especially our Founders), and about issues like the definition of marriage. Indeed, one of the tensions the Republican party is negotiating (seen in the 2012 primary, and in the increasingly absolutist character of Republican representatives) is how to be substantive “enough” to satisfy the base, while successfully moderating its tone and presentation style to convince enough people that it is not really “extreme.” Again, put bluntly, Republicans will (most likely) not revoke Social Security, outlaw abortion, or pass a constitutional amendment against gay marriage… but they will talk about it, at least in certain quarters. And these issues are talked about in ways that DO demonstrate substantive commitments.

The fact that by definition Catholic politics is interested in a substantive (and not anti-religious) account of the good is going to make Republicans attractive in an atmosphere where Democrats can’t stomach substantive commitments. However, at least some of these substantive commitments are fundamentally wrong. The libertarian view of property, for example, is evidently fundamentally at odds with the Catholic account of property. The denial of any kind of environmental responsibilities is contrary to Benedict XVI’s articulation of an “inbuilt” grammar of creation, which we must respect. And in very real ways, the typical Evangelical Christianity (individualistic, interior, non-sacramental, literalist, even creationist) that is represented by appeals to God in the political discourse (not to mention such appeals in the context of Mormonism) is distorting of the theology of Catholic Christianity. Is the embrace of Rick Santorum (a Catholic) by Protestant Evangelicals an indication of ecumenism? Or is it an indication that Mr. Santorum’s Catholicism is… well, infected by alien theological commitments?

Too often, instead, apologists for either side disguise this problem. Apologists for Democrats plead that, underneath the rhetoric of relativism, there are policies which support the Catholic substance. Apologists for Republicans point out that on certain issues (the most obvious being abortion and marriage), there is real substantive agreement. But pleading for these disguises, it seems to me, is exactly the opposite of what Catholic partisans ought to do. What Catholic partisans could usefully do is (on the Democrat side) insist on standing up for substantive beliefs, especially on marriage, and (on the Republican side) insist on the error of the substantive beliefs on, for example, property and creation.

The result could be interesting. Maybe both parties would smother these voices, and it could become clearer to Catholics as a group that they believe in something different. Over the long term, for both the Church and the society, this would seem a far better outcome than the current tendency to partisan apology. 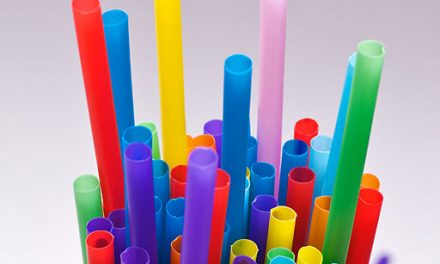 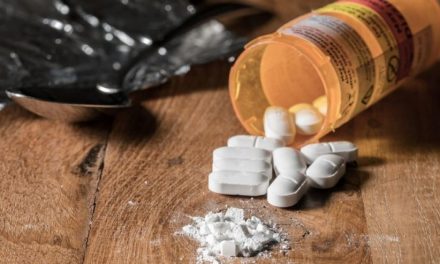