“Peace be with you!” When I say this greeting, which Jesus shares with his hiding disciples, in class to my students, they initially are caught off guard and aren’t sure how to respond. Some automatically respond, “And also with you.” Others almost do so. Indeed, outside of Mass or worship, this greeting and response seem out of place to most of us. But why is this so? Shouldn’t there be a connection between what we say and do during worship and what we say and do during the rest of the week outside of Mass?

In his book, Becoming Friends: Worship, Justice, and the Practice of Christian Friendship, the Catholic theological ethicist, Paul Wadell, recalls how, many years ago, he was struck by a question that Methodist theological ethicist, Stanley Hauerwas, once asked upon making an initial observation: “You Catholics go to Mass all the time. What do all those Masses do for you?” (15). In other words, does worship make a difference in our lives? Does it have anything to do with who we are (or ought to be) and what we do (or ought to do)?

Following Jesus’ death and resurrection, the earliest Christians, according to the author of Acts, experienced a new way of life together. “They devoted themselves to the teaching of the apostles and to the communal life, to the breaking of bread and to the prayers.” New life in the risen Christ meant new life as the body of Christ, individually and communally. According to the Gospel of John, Jesus breathed the Holy Spirit onto the disciples, empowering them to manifest, as Acts puts it, many awesome “wonders and signs”—that is, returning to John’s Gospel, to live a new way, one constituted by shalom, or peace, as evident in the practice of forgiveness: “Whose sins you forgive are forgiven them, and whose sins you retain are retained.” (Reminds me of Jesus’ explanation of the Lord’s Prayer in Matthew 6:11: “If you forgive others their transgressions, your heavenly Father will forgive you. But if you do not forgive others, neither will your Father forgive your transgressions.”)

The Christian “way,” as Acts 9:1 refers to the earliest Christian movement, stood in marked contrast to that of the world, where violence and retribution—and, yes, competition (i.e., “This is mine, not yours!”)—run rampant. “All who believed were together and had all things in common; they would sell their property and possessions and divide them among all according to each one’s need.” In short, for the Christian church there indeed ought to be a connection between liturgy and ethics, worship and morality.

According to Methodist liturgical scholar, L. Edward Phillips, most theologians generally accept the claim that a correlation exists between liturgy and ethics. The question that remains is how they are related. Phillips provides a useful schema of the ways that theologians understand the relationship: 1) liturgy as source for ethics; 2) liturgy as object of ethics; 3) liturgy is ethics.

Within the first category, theologians regard liturgy as a source for Christian ethics in two ways: a) as a motivation for ethical behavior, and/or b) as a source for ethical reflection. The first is more pre-reflective and usually has to do with how liturgy provides a normative vision, a distinctive language, training and shaping how worshipers see, address and understand themselves and issues they face in the world. Also, it commonly focuses on the role of practices, virtues, and the way worship forms and transforms Christian character. An example of the second, liturgy as a source for ethical reflection, would be Julie Hanlon Rubio’s chapter, “The Catholic Marriage Liturgy: A Different Vision of Marriage,” which reflects on the words (texts) and practices of the Catholic marriage liturgy as a lens through which to think about our theology of marriage. She writes, “Reading the Catholic wedding as a text will give us the basics of Catholic theological thinking on marriage” (A Christian Theology of Marriage and Family, 25). While this also has to do with narrative and vision, it moreover considers reflectively what the texts (the rubrics, the prayers, the readings, the vows, hymn lyrics, etc.) say theologically about marriage.

In the next major category, theologians regard liturgy as an object of ethics. By this, Phillips a) refers to the way in which liturgy can be bad, and b) he also highlights the problem of when good liturgy nevertheless produces bad people. With regard to the former area of concern (a), liturgy sometimes deforms persons morally rather than informs and forms (transforms) them (e.g., when the only hymns sung focus on personal pietism rather than the communal dimension of Christian discipleship, or when the liturgy includes only or primarily male leaders, or wedding ceremonies that are expensive shows spotlighting the couple). Wadell, for example, distinguishes between “sham worship,” where worshipers focus on themselves, on feeling good and being entertained, and “true worship,” where worshipers glorify God and thereby allow themselves to be challenged and changed more into the image of Christ (18). With regard to the latter area of concern (b), many people regularly attend Mass but do not seem to be rightly formed and shaped by their experience. There doesn’t seem to be a necessary causal relationship between worshiping and being ethical. Why? Perhaps many persons simply go through the motions without fully and intelligently participating. This problem perhaps may be traced back into the Hebrew Scriptures, especially in the prophets (see, for example, Amos 5:21-24) who criticized the nauseating worship of God that neglects the weightier matters of social justice, especially for the poor and marginalized.

The third category that Phillips provides views liturgy as ethics, and ethics as liturgy. Here Phillips has in view some of the work of Hauerwas who claims that the church is a social ethic, and that the liturgy is an ethic. When Christians gather for worship, this itself is a moral choice and action. They believe that choosing to worship God is a right and a good thing. They could have decided to do something else with their time; however, they made the decision that worshiping God at such and such a particular time and place is appropriate and fitting. That God, indeed, deserves such praise (this is why St. Thomas Aquinas considered this a matter of justice—rendering to God what God is due). Such language has to do not only with liturgy but also with ethics. In addition, with regard to how liturgy is ethics, I think of a couple of scenes in the film, Romero, where Archbishop Oscar Romero and the poor, persecuted Catholics choose to have Mass in nonviolent resistance to their oppressors. In the first instance, Romero and the people retake a church that had been occupied and made into a barracks by soldiers. The people gather to worship, and the soldiers lower their weapons, some of them even removing their helmets and joining in. In the second scene, after some soldiers humiliate Romero and strip off his shirt, the Archbishop says, “Let us begin the Mass. In the name of the Father….” The people then join in, and the soldiers walk away. In each of these examples, worship itself certainly was a moral act, indeed a political act of nonviolent resistance and civil disobedience.

Earlier in the twentieth century the co-founders of the Catholic Worker movement, Dorothy Day and Peter Maurin, believed in the importance of such a connection. As Theodore Ross, S.J. has written, “Dorothy Day had a special, almost unique, role in the movement of integrating liturgy and social justice.” We can see how she saw worship and ethics to be linked in the following quotes from her:

“I told him I feel like crying sometimes, or I flush with anger: to be in church isn’t to be calmed down, as some people say they get when they are at Mass. I’m worked up. I’m excited by being close to Jesus, but the closer I get, the more I worry about what he wants of us, what he would have us do before we die [Dorothy Day to her confessor].”

“You cannot receive the Blessed Sacrament without becoming sensitive to the inspirations of the Holy Spirit and these inspirations are to be put into practice…. We can link up liturgy and sociology [now referred to as social ethics], in other words.”

Day also wrote two articles on “Liturgy and Sociology” where she intentionally identified with the work of Dom Virgil Michel, O.S.B., who was promoting the liturgical movement and its connection with social justice during the 1930s. This emphasis on liturgy and ethics was incorporated by Maurin into the cult prong his threefold program for the Catholic Worker movement of cult, culture, and cultivation. However, according to Ross’s account, Day toward the end of her life was saddened to see younger Catholic workers failing to regard the liturgy as essential to the movement for social justice.

The readings for this Second Sunday of Easter, though, make it clear that worship and morality should go hand-in-hand not for only Catholic workers but all Christians—now, by the Holy Spirit breathed onto us, as then in the early church.

A Heart That Sees

The Beauty of Christ and Moral Witness: Fifth Sunday in Lent 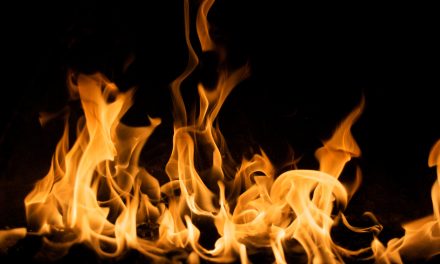