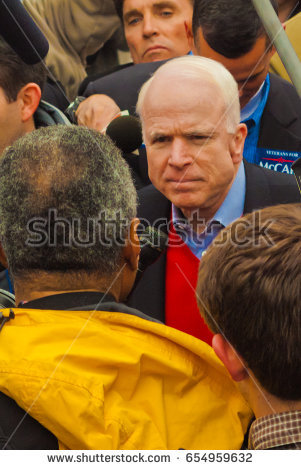 It is not a time of notable moral distinction in the conduct of our nation’s political affairs. Nevertheless, something was said that seems to sum up the issue. In his statement on voting against the last-ditch Republican repeal bill, John McCain made a statement of principle – not about health care, but about the practice in which he and the others are engaged:

“We must now return to the correct way of legislating and send the bill back to committee, hold hearings, receive input from both sides of aisle, heed the recommendations of nation’s governors, and produce a bill that finally delivers affordable health care for the American people. We must do the hard work our citizens expect of us and deserve.” (italics added)

So much that is foundational to a moral life is bound up in the ability to identify that there are “correct” and “incorrect” ways to do things. Whether one agrees with McCain’s policy stances on a particular issue, or even with his characterization of what the “correct way of legislating” is, the ethical load-bearing joint is that there is a correct way. If we abandon this conviction that there are correct and incorrect ways of doing the basic practices of a society, as many obviously have, then it’s just power.

50 Years After C.S. Lewis, a Brief Reflection on His Concern for Animals

Does Paul Griffiths have to be Right for Paul Ryan to be Wrong?