Over at my other blogging “home” at the journal Political Theology‘s There Is Power in the Blog, I posted the following brief reflection as the first contribution to a series this week on Ten Years after 9/11:

In the immediate wake of the horrific attacks on September 11, 2001, a number of Christian theological ethicists questioned whether a “war on terrorism” was the most effective, let alone ethical, response. To be sure, many theological ethicists approached the question of how to deal with the threat of terrorism through the traditional lenses of either pacifism or just war theory. From both camps, however, some proposed that a “police” or “law enforcement” type of approach instead ought to be taken.

For example, Catholic theological ethicists Lisa Sowle Cahill, a just-war theorist, and Michael Baxter, a pacifist, in a joint interview that appeared in U.S. Catholic magazine soon after the American-led military action in Afghanistan, agreed on this point. As Baxter put it, “I think the most interesting proposals have been to see this as more of a police action, in which the United States and other countries are going to round up a criminal who has committed a crime against humanity.” For her part, Cahill commented, “While our government has chosen to respond with war, I think Father Baxter and others have made an interesting suggestion that it might be better to look at it as a police action.” Similar to Cahill, Catholic just-war ethicist J. Bryan Hehir, in an article, “What Can Be Done? What Should Be Done?” that appeared in America magazine in October 2001, wrote, “But beyond the rhetoric there lie serious reasons to distinguish war from what is ahead of us. Even if one is convinced that there must be a military dimension to an effective response to terrorism, it is better not to locate the whole effort under war.” And like Baxter, Christian pacifist Stanley Hauerwas, in an interview conducted by Jim Wallis at Sojourners, responded that he “would certainly like to start envisioning the possibility of that kind of police force” as a less violent alternative to war for dealing with terrorists. These are but a few of the theological ethicists who called for what political theorist and just-war expert Michael Walzer refers to as the “’dial 911’ response to 9/11.”

Theological ethicists weren’t alone, even if they were a minority, in suggesting more a police than a military response to the threat of terrorism. For instance, in an op-ed on “Why Terrorists Aren’t Soldiers” published in the New York Times on August 8, 2007, General Wesley K. Clark and Kal Raustiala criticized the Bush administration for treating members of al Qaeda as “unlawful combatants” rather than as criminals. In their view, it was a mistake to dignify “criminality by according terrorist killers the status of soldiers.” Although terrorism occupies some sort of murky space between war and crime, and the line between combatant and civilian is blurred, calling them combatants elevates their status. According to Clark and Raustiala, terrorism instead “should be fought first with information exchanges and law enforcement, then with more effective domestic security measures,” and “only as a last resort should we call on the military….” Terrorists “ought to be pursued, tried and convicted in courts.”

As a theological ethicist myself, but as one who has a law enforcement background (and who was a reserve police officer in Des Moines, Iowa, when 9/11 happened and remembers vividly our heightened sense of alertness in the months that followed), I was keenly interested in these burgeoning calls for approaching the problem of terrorism in a way more akin to policing. Of course, as I pointed out in a number of places over the decade since, not all policing is just policing. Police states and police brutality cannot be what proponents of a police approach have in mind for dealing with terrorists. Moreover, there are a number of approaches to policing that are to be found—from a militaristic crime-fighter model to a social-peacekeeper model—so that those who call for a police approach to responding to terrorism need to be clear about what kind of policing they have in mind. I, along with Gerald Schlabach (and others), have proposed just policing, which I regard as congruent with a social-peacekeeper or community policing model. This approach shares much in common with the just peacemaking paradigm that Glen Stassen has given traction to in recent years, but it is important to note that just policing still involves the use of force, including lethal force, governed by strict criteria analogous to the principles of the just-war tradition (e.g., last resort, proportionate force, noncombatant immunity, etc.). Thus, not all pacifists are in agreement about whether or to what extent they support just policing, even though Hauerwas (echoing John Howard Yoder) believes that “a police force is the best institutionalization of what just war should be about” and, as such, less violent than the war approach the US embarked upon following 9/11.

Ten years out from 9/11, it seems to me that terrorism has indeed been best addressed by such a policing approach. In Spain, Germany, the United Kingdom, France—and in the U.S.—police and intelligence have successfully prevented the carrying out of many terrorist plots. To be sure, as the lethal shooting of the twenty-seven-year-old Brazilian Jean Chalres de Menezes by London police who mistook him for a suicide bomber in 2005 demonstrates, there have also been examples of unjust policing this past decade. Hopefully, in the years to come, more will be done to institute and implement just policing as a more effective and ethical way for preventing and responding to terrorism. 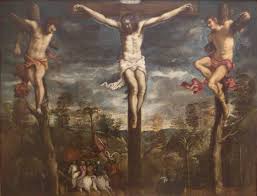