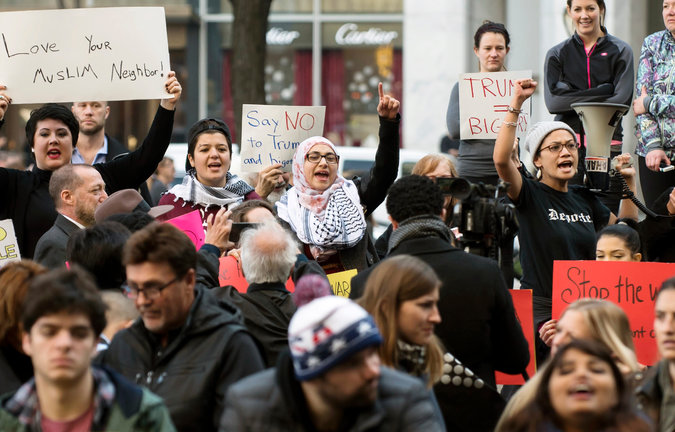 Catholics should support Trump’s executive order banning people from foreign countries, especially those from Muslim countries.  The order is about security.  We need to secure our population.  We cannot be at risk.  Foreign religions, they are a threat.  Remember when all of those Irish, Italians, Polish, and German immigrants came over?  They brought with them their hocus pocus religion from the old world.  (The Hispanics are still bringing it over the border.  We really should do something about them and their religion, build something to stop them.)  We cannot have crazy religions coming in.  What will happen to the country if we let all of those Catholics, er . . . , I mean Muslims in?

All right, scratch that.  As Catholics, we should really listen to what the Church says, and the Church says safety first.  As Pope Leo XIII said in Rerum Novarum, no. 35,

Rulers should, nevertheless, anxiously safeguard the community and all its members; the community, because the conservation thereof is so emphatically the business of the supreme power, that the safety of the commonwealth is not only the first law, but it is a government’s whole reason of existence.

See? See?  Why don’t we listen to the Church?  The Church even tells us the key to secure our safety.  As Saint John Paul the Great wrote in Evangelium Vitea, no. 101,

A society lacks solid foundations when, on the one hand, it asserts values such as the dignity of the person, justice and peace, but then, on the other hand, radically acts to the contrary by allowing or tolerating a variety of ways in which human life is devalued and violated, especially where it is weak or marginalized.

Yes!  See?  The only way to ensure that we are protected is to ensure that the most vulnerable are protected, like the unborn, women, racial and religious minorities, and immigrants.  Oh, wait, hold on, ok, forget this.  Don’t listen to the Church.  They don’t know what they are talking about.

We should just go to Jesus.  Jesus is for security.  Jesus wants us safe.  Just listen to what he says:

‘Come, you who are blessed by my Father. Inherit the kingdom prepared for you from the foundation of the world. For I was hungry and you gave me food, I was thirsty and you gave me drink, a stranger and you welcomed me, naked and you clothed me, ill and you cared for me, in prison and you visited me.’ (Matthew 25: 34-36).

Yes, yes, but Jesus meant welcome nice strangers, not our enemies.  For our enemies, Jesus had harsh words,

But to you who hear I say, love your enemies, do good to those who hate you, bless those who curse you, pray for those who mistreat you.  To the person who strikes you on one cheek, offer the other one as well, and from the person who takes your cloak, do not withhold even your tunic. (Luke 6:27-29)

You really cannot judge someone by what they say.  You should judge them by their actions, and Jesus’ acts really show us that he would not want dangerous religions.  He thought the Roman Empire had it right.  They would not tolerate a subversive religion, especially one that threatened the empire.  They would take care of that problem by crucifying people, just like they crucified that problematic Jesus of Nazareth. 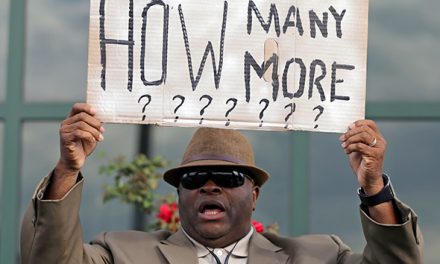 Consistently Facing Unjust Violence When We’d Prefer to Look Away

Sex with Computers and Our Cultural Slouch Toward GATTACA