On July 18, 2013, a group of Catholic college and university presidents, together with over fifty Catholic theologians, signed a joint statement urging the House of Representatives to pass comprehensive immigration reform. The letter, which was mailed to every Catholic member of the House of Representatives, appeals to the moral conscience of lawmakers and asks that they consider the moral dimensions of policy decisions, especially with regard to the principles of human dignity, protection of the vulnerable, common good, and prudence.

The statement reads, in part:

Catholic colleges and universities have a proud history of providing opportunities to immigrants who enrich our nation with creativity, hard work and public service. Together we represent universities that educate more than 290,000 students. Leaders on Catholic campuses advocated for the DREAM Act, and we stand with the U.S. Conference of Catholic Bishops in urging Congress to pass comprehensive immigration reform that includes a road to earned citizenship. Our broken immigration system, which tears parents from children, traps aspiring Americans in the shadows, and undermines the best values of this nation, is morally indefensible.

The letter goes on to encourage lawmakers to “reject the false choices and divisive rhetoric” that have characterized the immigration debate.

Roughly one-third of the members of the House of Representatives are Catholic, so passage of an immigration reform bill will require support from non-Catholics as well as Catholics. It will require bipartisan support, and will inevitably include deal-making and compromise. But I find this strategy of appealing to the consciences of Catholic lawmakers to be  a positive step and helpful role for Catholic college and university presidents and faculty members. Congress is now on recess, and as members of Congress go back home to their districts, they will hear from many different interest groups and constituents. It is a good thing that Catholic members are made aware of the Church’s teachings on these issues and of the reasons for those teachings. While no person is expected to blindly obey church teaching, and there is no “Catholic vote” in Congress, it is good for Catholic members to feel pressure to think through the moral dimensions of their votes.

Catholic teachings do not align conveniently with either of the major political parties in the United States, but that has not deterred Democratic leader Nancy Pelosi from responding to the letter and affirming her desire to work to “advance the cause of commonsense, comprehensive immigration reform.” She explains:

Your plea for wisdom and moral courage, for laws enlightened by the ideals of faith and fairness, is consistent with the principles outlined by House Democrats: to secure our borders, protect our workers, unite our families, and provide an earned pathway to citizenship.

To my knowledge, House Speaker John Boehner of Ohio has not officially responded, although one can get a sense of his position from his official website.

The U.S. Conference of Catholic Bishops has been lobbying Congress in a variety of ways to promote just immigration policies. You can even go here to send an epostcard to your elected Representatives. The suggested wording is:

I agree with the U.S. Catholic bishops that now is the time to pass just and compassionate immigration reform. I ask that in the 113th Congress you support immigration reform that
– Provides a path to citizenship for undocumented persons in the country;
– Preserves family unity as a corner-stone of our national immigration system;
– Provides legal paths for low-skilled immigrant workers to come and work in the United States;
– Restores due process protections to our immigration enforcement policies;
– Addresses the root causes (push factors) of migration, such as persecution and economic disparity.
I look forward to monitoring your public position on this vital issue to our nation. Our nation can no longer wait.

There are other helpful resources on the web for interested Catholics, including our own Matt Shadle’s recent blog post on this issue and Kristin Heyer’s CRS/USCCB briefing published by Catholics in Alliance for the Common Good.  The USCCB website links both official teachings and the advocacy statements published by the bishops. The letter signed by Catholic college and university presidents and faculty members does not contain new information regarding Catholic teaching on immigration reform, but it does serve to substantiate the claims made by so many college mission statements regarding the goal of promoting the common good of all through education and public service. I join the signatories in urging members of Congress to pass comprehensive immigration reform rooted in justice and respect for the human rights of all persons. 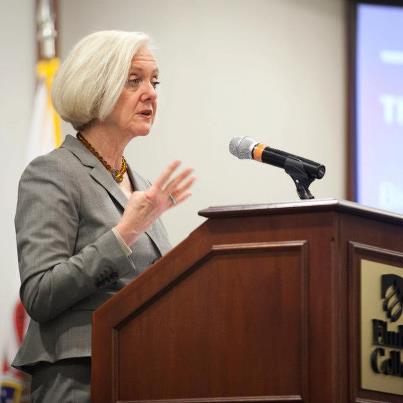 How can we pray over meals truthfully?