Appalachians and the “Lazy” Poor

A recent letter to the editor in the Pittsburgh Post-Gazette criticized the recent protests among fast-food workers about minimum wage.  The author tells how she started out at a fast-food job and then, realizing it did not pay enough, went to community college part time, paid for it herself, got a better job, earned a bachelors degree, got an even better job, and now, while not rich, makes a decent living.  Why, she asks, don’t these people work hard to improve their situation instead of just being lazy and complaining about it?

I hear this complaint often in Appalachia.  It does not come from the wealthy in the community, though.  It comes from the middle to lower class.  It comes out of the culture I grew up in and where I now reside.  It comes out of a place where poverty is rampant.  While the nation’s unemployment rate dipped to 7%, this area’s unemployment is still almost 8%. The complaint comes out of a history of almost a hundred years of exploitation, first by the timber industry and then the coal mining industry.  It comes out of a region that is poor but should not be.  It is racially and religiously diverse, with a rich heritage of music and story telling.  It values hard work and self-sufficiency, about care for family and faith in the Bible.

I have come to think that the Appalachian complaint about the poor being “lazy” isn’t actually about this at all.  Why in an impoverished area would they complain about the poor?  If they are not poor themselves, any Appalachian knows someone who was or is poor.  My students voice this concern about laziness even when so many of their parents worked for minimum wage and experienced periods of unemployment or drop in income.  Moreover, one finds great sympathy for the poor in this area.  The efforts of these communities to feed the poor are just one outstanding example.

I also don’t think this complaint about laziness is a dismissal of the social structures that give rise to and trap people in poverty. People in this area know well that there are factors beyond their control that effect their ability to earn a decent wage and make a decent living, no matter how hard they work.  Whether it was the timber industry in the late 1800’s or coal mining in the early 1900’s or the natural gas industry now, residents know that there are large corporation who control the work force in the area and care little or nothing about the workers.  As the classic song, “Sixteen Tons”, goes,

You load sixteen tons, what do you get?
Another day older and deeper in debt!
Saint Peter don’t you call me ’cause I can’t go,
I owe my soul to the company store.

Finally, I don’t think the complaint is advocating a path to wealth, a “if you work hard, you will get rich” platitude.  Wealth and the rich are perhaps more scorned than the “lazy” poor.  Those in the upper class in this area are typically thought of as the ones (or descendants of the ones) who exploited laborers and now live a spoiled life off of these spoils.  Moreover, the typical Appalachian does not desire a lot of money, make a lot of money, climb the corporate latter, or pursue success at the cost of faith or family.  Appalachians are not interested in that kind of wealth.

I think the criticism is ultimately about human dignity.  Stripped of economic success, in an environment where business is more powerful than you and politicians protect business and not you, how do you hold on to your dignity? You do it through character, by working hard and doing what is right, even if you are not rewarded for it.

It is why the complaint about the “lazy” poor is always accompanied by a story of how that person or that person’s relative was poor and, yet, kept working and kept going.  This seems to be the point of the story.  It poses a choice: are you after rewards? Or do you do what is right? In Appalachia, there are no rewards, so the only real answer, the only answer that preserves your dignity, is “hard” work.

It is why one of the verses of “Sixteen Tons” goes,

I was born one mornin’ when the sun didn’t shine
I picked up my shovel and I walked to the mine
I loaded sixteen tons of number nine coal
And the straw boss said “Well, a-bless my soul”

It is why the most famous legend from Appalachia is John Henry.  It is the story of how John Henry raced a steam engine hammer to dig a tunnel.  He won but died after his victory.  The victory does not bring financial reward but rather proof of the value of the human spirit, a value that ultimately wins out over machines as well as the rich who have no respect for working or workers.  In one variation of this tale, right after John Henry dies, his wife picks up his hammers and keeps on going.  This ending, it seems, is the Appalachian spirit:  the dignity of the person cannot be stopped, no matter the adversity.

It is why, I think, the people of Appalachia tend to have a strong faith in the messiah that did God’s will, even though it lead him to his death. 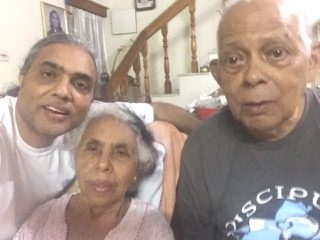 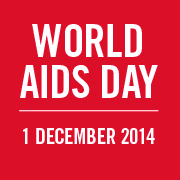 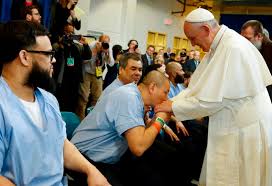 Three Takeaways on the Death Penalty