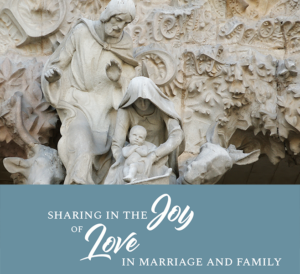 As is stated in our mission, this blog started among theological friends who were disappointed with polarization in the Church, and especially in discussions of difficult moral questions on the Web. At the time, in 2011, that bridging appeared to be a gradual operation that could be built over time. It was easier to write then. When Francis became pope almost five years ago, it seemed that the times for such charitable discussion across disagreement would grow. And yet, here we are, not blogging… hmmm…

One of the narrative threads of Ross Douthat’s forthcoming book chronicling the Francis papacy is that there are really two papacies. One was a potential bringing together of the uneasy lack of reconciliation between the Catholic Left and Right, as Francis went out of his way to foster a more visibly pastoral style, a constant awareness of “the smell of the sheep,” and a needed rebalancing of the fullness of the Catholic moral vision that did not let up on the life-and-death urgency of so-called “social justice” issues. The other was (is?) the potentially church-fracturing debates leading up to and coming out of the Synods on the Family. One was the Pope of Laudato Si’, the poor, and the Congress; the other was (is?) the Pope of… “the new paradigm,” of non-stop Amoris-driven moral theology.

So it is with great joy that I saw something from church leadership on Amoris… that actually brings people together! From my own ordinary! Cardinal Donald Wuerl has issued a detailed “pastoral plan” for implementing Amoris Laetitia in the Archdiocese of Washington. The plan has already earned praise, pretty lavish praise, from people typically on different sides of current church debates. Here is NCR’s Michael Sean Winters:

This text makes an important step towards moving the church beyond the controversies generated by the document, controversies largely confined to the pages of the Catholic press, and focuses on what Amoris Laetitia is really about, revitalizing the church’s ministry to families, married couples, those preparing for marriage, and those whose marital situation has led them to feel like they no longer belong within the fold. … On virtually every page of the plan, we see that the shift is not in what the church teaches about marriage and family life. The shift is in how the church ministers to the people of God. The word that dominates this pastoral plan is accompaniment.

And here is the Dean of DC’s Dominican House of Studies, Fr. Thomas Petri, OP, writing at CNA:

Cardinal Wuerl has … captured the passion of Pope Francis’ insistence that because we are all in need of it, we must also go out and give God’s mercy and truth to those who do not know it, who are not living it, and who are desperate to receive it. … Cardinal Wuerl’s plan focuses not specifically on couples in irregular situations but on all marriages. That’s why it focuses on preparing youth to give and to love, on developing a culture supporting the self-offering of marriage, on formation during the engagement period, and on supporting families in unique situations such as those with children who have special needs or those families with immigrant members. After so much polarization, we finally now have a local implementation of Amoris Laetitia that sees the larger picture of Pope Francis’ challenge and vision. It’s a plan that doesn’t get bogged down in a question that was neither asked nor answered in the exhortation…

This praise alone should make church leaders and theologians flock to read this plan, since so many other implementation plans have proven only to exacerbate our sad divisions. What’s Cardinal Wuerl’s secret sauce here? (And, the real question: can it be spread around Catholic members of Congress? Alas…)

In my view, there are three key elements:

Pastoral dialogue and accompaniment involve the development of conscience and also the expression of a level of support or confirmation for the judgment the individual is making about the state of his soul or her soul. That judgment is the act of the individual and is the basis for their accountability before God.

I would really like to meet the person who wrote this, because it is about as good on the seriousness of conscience as I’ve seen. Note well that genuine “accompaniment” includes an appropriate “expression of a level of support” – meaning, it seems to me, that genuine pastoral accompaniment is positive in tone, but not always at the same level. Pastors must (and usually do, I hope!) discern with an individual and try insightfully to help the individual see where they are doing good work, but also where they might want to reflect more. Because ultimately, the pastoral guidance is helping people undertake a most serious act: responsibility before God. The Catholic teaching on conscience is not first and foremost about affirming individual autonomy – that simply is the culture’s individualism and secularism. It’s about affirming individual responsibility of exactly this sort. It’s about saying at the end of the day, we are accountable to God for our lives. Really and truly. I sometimes wonder if those who argue on the extremes of these questions, trying to pull the Church “their way,” end up over-committing to the ecclesiastical battle because they’ve lost sight that the real stakes will be worked out by God.

Anyway, let’s hope this Lent that we can follow Cardinal Wuerl’s lead, come back to the Lord, and figure out how to get that first version of Francis’s papacy back in the driver’s seat.

Abortion: Yet Another Impasse