Forty years ago tomorrow, Roe v Wade was decided.  The decision-makers were all men.

The important group Feminists for Life was founded at about this time,  and for decades these and other pro-life feminists have been fighting for women by presenting evidence that–contrary to conventional wisdom–broad abortion rights serve the financial and sexual interests of men.  And, tragically, hurt the flourishing of women.

Many who read this blog are familiar with these kinds of arguments (if you are not, here is a good place to get a sketch) and the traditional evidence presented.  Most recently, however, we were reminded that having broad access to abortion choice in a developed country does not make women safer.  Indeed, though Ireland gives its prenatal children equal protection of the law, it has significantly lower maternal death rates than similar countries (like the United States and the UK) which protect broad abortion choice.

The conventional wisdom is that broad access to abortion is necessary to protect women’s health.  This is false.  Another piece of conventional wisdom is that supporting equal protection of the law for prenatal children is part of a war on women and that those who pursue this end risk alienating women.  This is also false.  A new Pew poll shows not only that women are more likely than men to want to see Roe overturned, but that 49% of women see abortion as morally wrong–compared with only 45% of men.

Later this week, hundreds of thousands of people who will once again descend on Washington DC to protest against the systematic injustice involved in denying prenatal children equal protection of the law. Though it will receive almost no substantial coverage from the news media, this will be an incredibly diverse gathering of human beings from every race, language and way of life.  There will be conservatives and liberals, Muslims and Jews, Tea-Partiers and Pagans, theists and secularists, whites and blacks, heterosexuals and gays and lesbians, young and old.

There have been several stories done in recent years about the overwhelming numbers of young people at the March.  This is hardly surprising given that only 37% of Millennials  consider abortion to be morally acceptable–a dramatic shift from what young people thought a generation ago.  Today we honor the man who led energetic marches for equal protection of the laws for a group of human beings, and last week the Huffington Post did a story on the lack of civil rights activism in a post-MLK world–implying that young people have failed to step up as they did in that era. But that spirit of civil rights activism is not dead: this week there will be another energetic march also designed to get equal protection of the law for a group of human beings.

How such equal protection should look in the law, practically speaking, is a difficult issue about which reasonable people can disagree.  Only those unfamiliar with the complexities of abortion believe that there is an easy legal answer.  Certainly, whatever the law looks like, the health and life of women should be protected–as it is in Ireland.  But a young, diverse group of people–one that is disproportionately female–is pushing all of us to focus on having this kind of difficult conversation.  We have 55,000,000 reasons to do so. 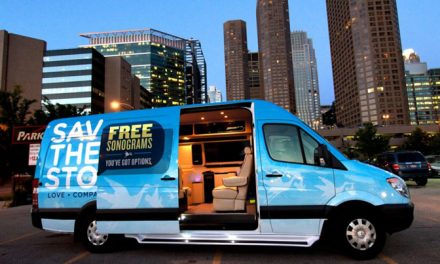