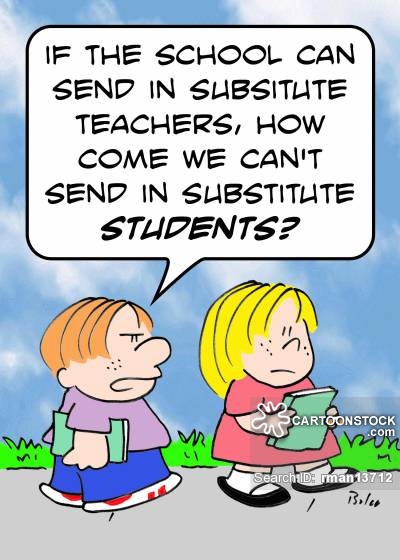 How does one teach the first theology class to undergraduates? This is a question close to the heart (and heartburn) of virtually everyone I know in theology. In the most recent Christian Century, Aristotle Papanikolaou of Fordham has a marvelous take on this, one I read with particular interest as I am in the midst of teaching this first course for the first time at a new institution. Every Monday, Wednesday, and Friday, I emerge from my two sections wondering whether I’m accomplishing… well, what is it that we are trying to do in this class, exactly?

Papanikolaou’s article made me reflect anew on two points. One is what such a course should look like, in terms of context. At The Catholic University of America, I am once again in a program that offers a first course centered on scripture – the same as my experience at my prior two institutions. My experience is that most schools either go the scripture route or the route they’ve taken at Fordham, some sort of introduction to faith and reason, to “thinking theologically.” I’ve gradually come to think that the latter course is preferable, and for some of the reasons outlined in the article. Papanikolaou notes that the driving question is often “what is religion?” rather than “who is God?” To be effective, such a course has to take on the constructions of what religion is that students already have. I actually did do that in my scripture-based intro this semester, learning from the master, Bill Portier, whose textbook is one of the few I know that intentionally contextualizes the scripture intro in terms of religion and religious experience, particularly in modernity and in America. I wish I had more time to explore some of the questions Papanikolaou mentions, but now we are well on our way through the grand tour of the biblical narrative. I do my best to incorporate crucial aspects of the deeper questions, but Scripture is not always the best text to provoke those questions, since a considerable amount of work has to be done in simply explicating the text, filling in the inevitable portions that cannot be read, and trying to offer enough historical context that students can find their way around difficult passages. I’m not a “sage on the stage” in the classroom, and I definitely don’t want the course to be an introduction to professional biblical studies, so I try to get at these lessons through discussions, which is better for student learning… but slower. I’d much rather go after the bigger religious questions directly.

The second point is the question of how such a course (in either form) actually construes “where the students are at.” Teachers almost always make assumptions about this – indeed, they have to, in order to be more than deliverers of conceptual information. And Papanikolaou fills his article with “students think…” this or that. But what’s striking about this is twofold. One is the difficulty of making any sort of generalization like this. Not only is there considerable variance depending on one’s institution, but even in terms of the make-up of a given section – my two sections this semester bring decidedly different “centers of gravity,” one populated mostly by those Christian Smith would call “committed traditionalists” and the other much more with the “religious indifferent” or “selective adherents.” And each class is in truth more mixed. In fact, “students” almost always consist in a wide diversity of views and past experiences, and so it’s always dangerous to proceed to teach the course based on really strong assumptions about them.

Papanikolaou does seem to have relatively strong assumptions: students think of religion as a coercive set of institutions and as a set of rules required for the afterlife. He tries to get them to reconceive religion as “a way of life” – one might say a “way of human flourishing” – partly by a sympathetic treatment of modern masters of suspicion and partly by introducing them to different constructive resources. As one colleague once said to me, “what you debunk you always have to bunk.” So that’s good. As he nicely summarizes:

I try to lead students away from overbearing überstructures designed to force people to think a certain way or think they are never doing enough. Instead, I lead them toward an understanding of being religious that has to do with formation of the person to be in a certain way—a being that is in communion with the divine.

But if one looks at the panoply of Papanikolaou’s assumptions, it is actually a bit more complicated – for example, he notes,

These observations suggest that religion is a private and subjective preference with little relation to “the way things really are.” If students in fact think this, then it would be difficult to hold at the same time that religion involves an overbearing God imposing strict rules for heavenly reward. Smith’s famous formulation of “moralistic therapeutic deism” suggests that, far from viewing religious rules as so strict that they are “never doing enough,” many people view religion as requiring little more than nice behavior (behavior that even then is sometimes not in evidence in religious congregations).

So I actually think the task is more complicated. To some extent, the conceptions students bring are jumbled and not well-formulated, which makes them no different from myself at 18 or 19. But they may be jumbled in a particularly vexing way – like when your headphones tangle up in certain ways that are peculiarly hard to untangle. Perhaps the most obvious way to make this point is to note what is absent from Papanikolaou’s article: any claim that theology begins with “faith” which then “seeks understanding,” and that such faith is to a greater or lesser extent a response to “revelation.” I think Papanikolaou is right, of course, to try to draw students away from a sense that religious belief is simply about assenting to abstract propositions. The old Catechism method will not do. What Papanikolaou is doing, moreover, depends on his faith that, once invited in, students will be willing to approach life in terms of possibly “experiencing the divine.”

But might not this approach simply reinforce the existing prejudices students have that religion is fundamentally about subjective experience and becomes warped when one starts talking about rules and institutional structures? Because that’s kind of what many of the students seem to have: they have a prejudice, which (like many prejudices) is reinforced by particular experiences or stories on which they draw, stories which often saturate our culture in various ways. These are not 1950’s Catholics. I am betting that few students who feel like religion is an “overbearing uberstructure” that asks too much, or feel like God is a harsh, exacting judge denying people entrance to the afterlife – few of these students believe these things. True, a small number do – maybe more at Catholic U, fewer at Fordham – but most students who have this view of religion do not actually believe that religion. In fact, they want to NOT believe that – and so they are likely happy to have a course which, in effect, reinforces their prejudices. Teaching Fordham undergraduates to reject Pat Robertson and “doctors of the law”? Seems pretty straightforward.

Of course, having said all this, I too (not infrequently) use such stereotypes as a bookend in class discussions, to help students see that this picture is not what Christianity actually is. But when I say the task is complicated, I mean that I also try to proceed from the other “bookend,” challenging the prejudice in favor of interior spiritual experience. This semester, I’ve taken to using Bette Midler’s “From a Distance” as my foil, since if anything appears to be true about the God revealed in the Bible, it is that this God is most definitely NOT “watching us from a distance.” I don’t see how it’s possible to take the story seriously without highlighting the doctrine of election, that salvation history hinges on the gathering of a particular people to be God’s own – of course, always simultaneously saying that the purpose of election is about service to the world, not self-satisfaction and payoff rewards. Still, the intentionally-acting God in history and the election of a “chosen people” is a big challenge for many students – yet it is a worthwhile one specifically because, when carefully worked out in a way that avoids fundamentalism, it challenges the prejudices they have.

Arguably, one way around all of this would be a total rethink of first theology, in terms of a class centered on liturgy and social justice. Here I am betraying my own preferences, but it’s clear to me that what I cared about – what I could concretely sink my teeth into, in terms of Catholicism – when I was at that age was liturgy and social justice. I apprenticed at theological thinking because I wanted to understand more deeply what was going on at the liturgy and because I was committed to making the world a better place. Maybe that’s just me, but these two tied together seem to me to be a way to enter into Christianity in a way that totally avoids an individualism and a propositionalism. The faith is stuff to do (together!), and theology becomes reflection on why we are committed to doing it. Cardinal Ratzinger once wrote that “seeing the face of God” today involved being able to see Christ both in the Eucharist and in the poor. I admit that if students could walk away from my intro course and be able to understand that, it would go a long way.