If you used the internet on Wednesday, you probably noticed that something was up. Wikipedia and Reddit went entirely dark.  The Google logo was censored with a black bar. Likely, this was your introduction to the controversy over the Stop Online Privacy (SOPA) and Protect IP (PIPA) acts, two pieces of legislation meant to curb illegal file sharing and product counterfeiting.

Ostensibly, the debate is about copyright enforcement mechanisms. And at that level, it seems clear that the proposed legislation is potentially quite bad.  Key legal categories (like “rogue foreign website”) are vague. Due process is inadequately protected.  Enforcement methods will likely be unduly burdensome for website operators, unfairly place liability on third party site operators, disable web resources for innocent companies who share service providers with RFWs, and open the door to certain types of hacking. And, in the end, it probably won’t stop piracy.  Granted, prudential judgments about means can vary. But prudential judgments must be prudent. These proposals are not.

But what is really fueling the fire over this legislation lies beneath the surface.

On one side lies the principle that people who create should reap the benefits of their creation.  Simply put, filmmakers and musicians should be paid for their work. This is the view advanced by creative associations like the RIAA and MPAA.  And it fits solidly within CST, where creative activities as part of self-expression and economic initiative are considered central to human life.

For folks on the other side of the debate—sometimes referred to as the “free culture” movement—the principle at stake is another notion that will be familiar from CST, namely the right to culture. In its simplest form it argues that human culture should not be controlled by a few but rather be accessible to everyone.  As social beings, human expression—both as individuals and as groups—is central to who we are.  Through education and public discourse, we should all be able to share in the common heritage that makes us one.

Both values are represented American law, where the principle of copyright articulated in the Constitution is balanced by time limitations and the “fair use” clause.

Unfortunately, what started as a legitimate debate about competing values escalated into a battle that has spanned courts, congress, and the net.

For their part, the recording and film industries have tended to respond aggressively to anything that threatens their control over distribution of content because it is the way they make money.  On one front, they’ve fought to ban lots of things that seem to be fair use.  All the way back in 1976, Universal Studios sued Sony claiming that the ability to tape programs off the air was a violation of copyright.  The Supreme Court disagreed, saying time-shifting fits under fair use. In 2001, a group of studios and television networks sued ReplayTV, claiming that skipping commercials while you watch TV amounts to stealing because, ya’ know, that’s how you pay for your “free” television. On another front, it has sought to lengthen copyright indefinitely, eventually convincing Congress to extend musical copyright to 70 years past the death of the author.  On a third front, they have pursued lawsuits against suspected file sharers—from 12 year olds to the deceased—even with flimsy evidence.  In the few cases that have gone to trial, they have won astounding awards of $80,000 and $22,000 per song.  In this brutal, winner-takes-all approach, there is no room left for free culture.

The free culture movement responded by trying to claim the moral high ground, narrowing their moral argument: downloading a file is not “stealing” because stealing requires depriving another of the use of something.  When you copy a file, the file is still there for others to use.  Thus, it cannot be theft—so can’t be wrong.

Of course, this is an anemic account of the morality of theft.  While I wouldn’t want to say that every illegally file downloaded takes the place a paid download, it is clear that widespread downloading does keep some money out of the hands of creators.  That means that we would expect to see the harms associated with wage theft and obstruction of private property.  Pope Leo XIII would likely suggest that copying makes it more difficult for artists to meet their immediate needs and the needs of their families.  It decreases motivation for artists to continue in their work.  It sunders the connection that they feel with the product of their labor and with the community for which they create.  St. Thomas would likely argue that widespread disregard for just ownership inhibits maintenance of an orderly and responsible society. Finally, it is difficult to see how the character of the habitual downloader could escape being formed in covetousness—a desire to acquire something not theirs—and callousness—a lack of care for the “neighbor” who created the work being downloaded.

Now, people might argue that the situation is more complex; copyright holders are acting harshly but within the law, and free culture activists are engaging in civil disobedience against state sanctioned abuses of power at the behest of corporations.  Perhaps.  But in my view, using those arguments in this context amounts to little more than saying “two wrongs make a right.”  Neither advances justice or the common good.

Which takes us back to SOPA/PIPA.  At its core, it’s a story about what happens when rationality and good faith no longer hold sway in public discourse: we stop legislating for the good of the whole society.  Sadly, decades of overblown and under-thought rhetoric has obscured kernels of real truth that bear serious reflection.

By the time you read this, things will have died down considerably. With all the negative publicity and outcry, politicians have backed away as quickly as possible, stalling the legislation. Whether they want to craft better legislation or simply pass the current bills in a few months “under the radar” is unclear.  The long-term effect of this fight on internet policy is equally unclear. In the next few weeks, the Senate will begin debate on the Cybersecurity and Internet Freedom Act.  This bill focuses on telecommunications infrastructure, information sharing between industry and government, and homeland security.  But similar flights of reason have been known to occur in this arena, as well.  All we can hope is that legislators will be a bit more inclined to think beyond slogans to the real impact of internet policy on the common good.

We’re all proportionalists now. But we’re not well prepared for it.

What to do about our ‘Best Kept Secret’? 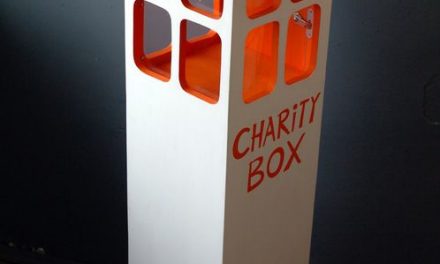 The Wrong Sort of Charity?