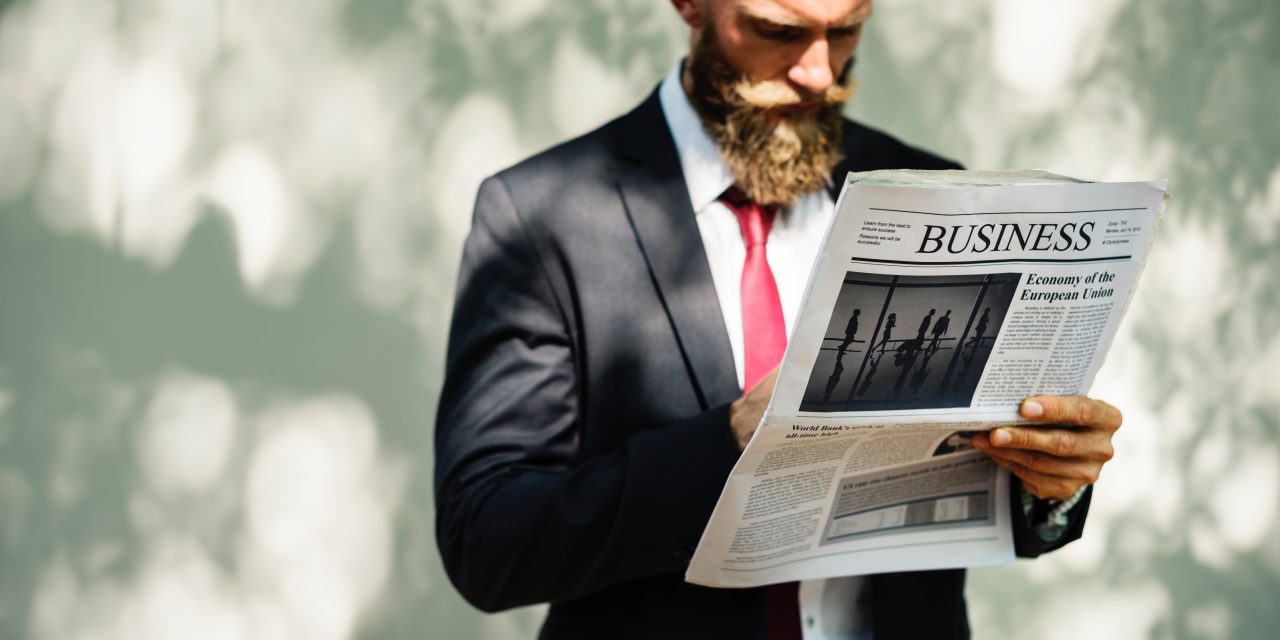 For those of us who live life according to the cycles of the academic calendar, May is a reflective month. The (post-secondary) school year is coming to a close and commencement, while technically a new beginning, seems to be experienced by most of our students as a visceral reminder that, as Seneca/Semisonic put it, “every new beginning comes from some other beginning’s end.”

Despite all the prospects of the summer ahead, May always seems to prompt a bit of a backward turn.

In my teaching, I actually encourage this glance in the review mirror as the semester comes to a close. In part, I do this because I believe in the value of Ignatian pedagogy, which places a premium on reflection. More importantly, though, I do this because I believe part of the rationale for studying theology at a Catholic university is to equip our graduates to evaluate their alma mater in a new, more critical light. After all, Catholic higher education is a theological project; consequently, it takes a degree of theological acumen to hold a Catholic university accountable to itself.

Unsurprisingly, then, I find myself here, in the middle of May, caught up with a version of the question I encourage my students to ask: how well do our Catholic colleges and universities live up to the theological tradition that informs their work?

There are a variety of ways one might approach this question.

A recent article in Commonweal, for instance, discussed Georgetown University’s response to graduate student unionization efforts as a “Game-Changing Agreement” that put the school in line with the support for workers’ rights to unionize found in Catholic social teaching. Here on the blog, Emily Reimer-Barry explored the flipside of this coin last Labor Day, noting that Catholic colleges and universities often create dissonance with the theological tradition by failing to treat all their workers with dignity and justice.

Alternatively, given the aforementioned prominence of commencement in May, I know many are tempted to assess the influence of the theological tradition through the selection of commencement speakers this time of year.

At the moment, I’m interested in a third approach, which focuses on the distinctiveness of Catholic higher education in a slightly different, yet much more encompassing direction—the assumptions we use when we structure our colleges and universities.

The result has been the rapid corporatization of the contemporary Catholic university.

The reigning ethos in the corporate model of higher education is competition. Free markets produce efficiency, the thinking goes, so if we can enable a “free market” within the university, efficiencies will follow, allowing the university to maximize its resources and reduce its costs.

In theory, this approach can be a boon, not only to the university’s bottom line but also to its very ability to carry out its mission. After all, the entire funding model of private higher education (i.e., tuition and discounts) is under stress, and many institutions are on their last financial life line. Without new operational efficiencies, some or all of these schools will close and then there will be no one left to carry on their institutional mission. In this environment, it makes sense to seek solutions from all possible sources, and the corporate world has many resources to offer.

The problem, however, is that many schools adopt a corporate ethos entirely, turning their students into customers and reducing their faculty to salary lines on the liabilities’ side of the balance sheet. They become more caught up with “monetizing their assets” and running a business than they do with delivering education. If schools are not careful, their very identity shifts without anyone realizing it.

As James Keenan explained in University Ethics, this corporatization (he calls it more generally commodification) transforms higher education, to the point that “the university aims not at its mission, that is, the education of its citizenry so as to promote the common good, but at its own financial survival” (174).

First, Catholic universities have a unique and essential mission that has nothing to do with making money. As institutions affiliated with the Catholic Church, Catholic universities share in the sacramental mission of the Church. (For more on this point, see a great chapter by Richard Gaillardetz on “Theology of Institutions,” in the Catholic Health Association’s Incarnate Grace.) Catholic universities therefore have a role to play in the Church’s “mission to proclaim and spread among all peoples the Kingdom of Christ and of God and to be, on earth, the initial budding forth of that kingdom” (Lumen Gentium 5). To the extent that corporatization gets in the way of that mission, we have a big problem.

At the heart of this disconnect is the corporate idealization of competition. By seeking efficiency through competition, the corporate Catholic university presents its internal operations as a zero-sum game. Gain a few majors, this corporate structure says, and reap the rewards for your department, but only at the expense of another school or program that just couldn’t perform as well as you did.

This is the corporate credo, the terms of use agreement that everyone excepts (but no one reads?) in order to participate. It is not, however, the vision of economic interaction found in Catholic social teaching.

Consider Pope Benedict XVI’s social encyclical Caritas in Veritate, which affirms the value of the marketplace but projects a much different vision for economic activity than the one that prevails in a corporate university.

In a climate of mutual trust, the market is the economic institution that permits encounter between persons, inasmuch as they are economic subjects who make use of contracts to regulate their relations…. [I]f the market is governed solely by the principle of the equivalence in value of exchanged goods [however], it cannot produce the social cohesion that it requires in order to function well. Without internal forms of solidarity and mutual trust, the market cannot completely fulfill its proper economic function (35 – emphases from original).

The problem with the corporate model’s zero-sum game, then, is its erosion of this spirit of solidarity and mutual trust that is so essential to an economic encounter, which connects rather than divides. When universities seek efficiency through competition, different schools and departments—which should all be working for the realization of the university’s common mission—become enemies because the success of one department jeopardizes the wellbeing of another.

It is easy to see how mutual trust would be a casualty in this environment. More importantly, though, it is also not hard to imagine how this would harm the very essence of a Catholic university.

The implicit animosity effected by a spirit of competition cuts at cross purposes with the integration of knowledge, which Pope John Paul II’s constitution on Catholic universities, Ex Corde Ecclesiae, identified as an essential characteristic of the Catholic university (15–17). By encouraging every unit at the university to think of its own self-interest first, the corporate model obscures the fact that, at a Catholic university, each discipline is supposed to be cooperating with all the others in the shared project of uncovering the richness of the Truth. As a result, Catholic universities risk becoming what Avery Dulles (and Alasdair MacIntyre) have criticized as “a multiversity,” or a place of extreme specialization that promotes the fragmentation of knowledge and the isolation of the disciplines.

Similarly, the corporatized reward system diminishes the work of those departments whose majors are few but whose service is great. (Full disclosure, I’m getting a bit self-serving here as someone who teaches in a theology department, but the larger point stands.) One part of the commitment to the unity of knowledge at Catholic universities is the core curriculum, which typically invites students to explore disciplines like theology, philosophy, and literature that pose life’s “big questions” and encourage the critical examination of one’s education and one’s life in a way that promotes integration.

Depending on a specific institution’s requirements, any or all of these departments might be responsible for teaching every student at the university. At the same time, most of these programs have few majors because students have been encouraged (for a variety of reasons) to opt for professional degrees with clearly defined career paths.

In a corporatized university, these departments are not rewarded for the work they do, and their contributions to the university’s overall mission are not measured adequately. They are, therefore, at risk when budget cuts are announced because, by the standards of competition, they seem to be underperforming. As their numbers dwindle, there is no loss according to the corporate calculus, but there is a major hidden cost to the project of Catholic higher education itself.

The tragedy of these effects on an institution’s mission are multiplied by the fact that Catholic universities are explicitly called to be an alternative to this kind of crudely capitalist logic. As Pope Benedict insisted,

The great challenge before us, accentuated by the problems of development in this global era and made even more urgent by the economic and financial crisis, is to demonstrate, in thinking and behaviour, not only that traditional principles of social ethics like transparency, honesty and responsibility cannot be ignored or attenuated, but also that in commercial relationships the principle of gratuitousness and the logic of gift as an expression of fraternity can and must find their place within normal economic activity (Caritas in Veritate 36 – emphases from original).

By this choice, Catholic universities are implicitly saying that the Catholic Church’s vision for economic life is unsustainable and unrealistic. As a result, Catholic universities are relegating the Magisterium’s social teaching to the dustbin, not through the isolated actions of one individual employee or the words of an errant commencement speaker, but by the concerted efforts of the institution as a whole.

Now, I realize that much of the problem here is implicit and unintentional, but that is actually part of my point. We only notice discrepancies like this when we take a moment to reflect critically, and that is, I think, what May invites us to do.

With the resources of the theological tradition in mind, then, why don’t we take stock of the situation on our own campuses and ask about the corporatization of our schools. In many cases, I suspect we won’t like the answers, but we’ll never get anywhere if we don’t ask the question.

In academia, May is a reflective month. Let’s try to do some serious (theological) reflecting.

4th Sunday of Advent: The Great Gift from God and our Gifts to God