The Discipline of Dialogue: Finding Faith in Difference 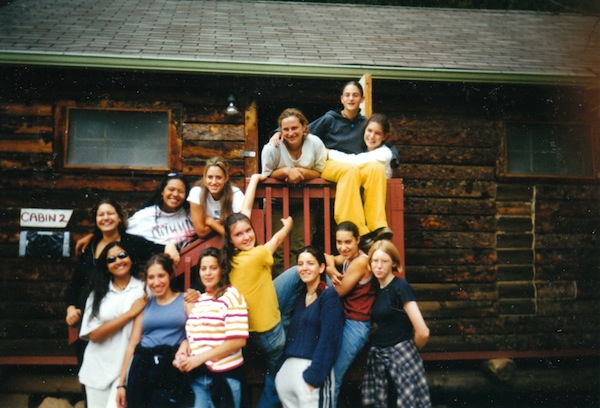 This post is part of a series on the Faith of Theologians. A full list of the previous responses can be found at the bottom of Dana Dillon’s post introducing the series.

Two young women, Tamar* and Reema*, sit in folding chairs facing each other.  Tamar speaks to Reema, carefully gesticulating as she expresses each thought.  Reema listens intently, her brow furrowed and her arms folded across her chest.  She gives an occasional nod to reassure Tamar that she is listening.  As Tamar finishes her thought, Reema says, “Let me see if I heard you correctly.” Then carefully, deliberately, Reema repeats what she just heard, attempting to accurately render Tamar’s statement.  When she finishes her summary, Reema asks, “Did I understand you?”  Tamar scrunches her nose and shakes her head tightly from side to side.  Tamar repeats her statement, this time using slightly different language and attempting to add some nuance to her idea.  Again, Reema repeats Tamar’s statement.  She finishes her summary, lifting her eyebrows and cocking her head in Tamar’s direction.  Tamar says, “Yes, that is what I said.”  The women heave long sighs as a thoughtful pause passes between them.  Their roles now reverse; it is Reema’s turn to speak and Tamar’s turn to listen.

Tamar and Reema are engaged in a communication technique known as “mirroring.” This discipline promotes clear articulation and intentional listening between interlocutors engaged in a conflict.  But these women do not have a garden-variety conflict: Tamar is Israeli and Reema is Palestinian.  During their dialogue, Tamar explains her family’s profound suffering during the Shoah and their need to return to Israel.  Then Reema expresses her anger and frustration over her family’s refugee experience after Israeli settlers forced them to leave their homes.  Each dialogue partner listens patiently, repeating back what the other has said until she “gets it right.”

I met these women when we were all participants in a program called Building Bridges, which seeks “to equip young people with the communication and leadership skills necessary to address the root causes of hate, discrimination, and violent conflict.”  Participants included teenage women from Israel and Palestine, as well as from various racial, ethnic, economic, and religious backgrounds in the United States. (Some of the women who participated in this program are featured in the award-winning documentary, My So-Called Enemy.)  Our group came together for a three-week peace camp in the Rocky Mountains, where we spent our days “mirroring” each other in communication clinics and our evenings singing camp songs around the fire.  This mechanical conversation process—listening without interruption, speaking in turn, faithfully reiterating the other’s narrative, clarifying misunderstandings—exposed us to the discipline of dialogue, the demanding process of trying to understand the perspective of one who is profoundly “other.” Our stated goal was to learn how to listen to our “so-called enemies” and attempt to understand another side of political, religious, and social conflict.  But there were deeper implications of our practice.

I was 16 years old—a rising sophomore in high school—when I first attended the program.  I knew little about the extent and intensity of the Palestinian-Israeli conflict that had raged on for ages, but as a Mexican-American teenager growing up on the west side of Denver, I knew a little too much about the harsh realities of poverty, racism, and violence suffered in my community.  While the middle-eastern participants spoke about bus bombings and destroyed villages, I shared accounts of classmates murdered in drive-by shootings and my experiences of being racial profiled in my hometown.  And while cultural marginalization and economic disparity colored my young American experience, my Jewish-American and Muslim-American conversation partners testified to religious discrimination to an extent that I had not experienced as a Catholic-Christian.  Even the participants with the most social privilege—wealthy, white, suburban, Christian women from the United States—divulged stories of gender discrimination, sexual abuse, and the shame of feeling not smart/thin/pretty/good enough.  Sadly, the violations and ideas of inadequacy heaped upon these women resonated with all of the program participants.  We quickly began to discern common patterns of political, racial, economic, and gender injustice in the midst of our many differences.  Our conversations were difficult, often leading to tears and sometimes  even to shouting matches.  Yet something amazing happened in our sharing of perspectives: we began to recognize our conversation partners not as “other,” but as truly and irrevocably human. We formed transformative friendships across boundaries that radically changed our lives.

In Lumen Fidei, Pope Francis describes faith as being able to see with the eyes of Christ, where seeing “becomes a form of following Christ, and faith appears as a process of gazing, in which our eyes grow accustomed to peering into the depths.”  Rather than simply gazing upon Jesus as an object of adoration, the believer is invited to participate in his way of seeing.  This vision enables us to look beyond our own horizon toward recognizing and honoring the dignity of another person.  It was in the work of disrupting my own horizon to understand another person’s story that I came to see the other program participants as Christ sees them: with true and unyielding dignity that demands solidarity and the pursuit of justice.  Deep and intentional dialogue across difference—religious, political, social, theological—is integral to Christian faith as it directs us beyond ourselves and teaches us to truly see our fellow human beings.  The practice of dialogue guided me toward my vocation—the study of Christian ethics.  As I pursue my theological labor, I often pause to ask myself a basic question: How does my work help people recognize and honor the human dignity of other people?  I hope that my efforts are a blessing to the Church, but I also pray that they are a gift to Tamar, Reema, and all of the women who were integral to my conversion experience during the Building Bridges program.  I pray that the discipline of dialogue provides a foundation for the difficult work of pursuing true justice and profound peace.

*Name has been changed

Faith from Both Sides of the Brain