A clear center of gravity stands out among this week’s lectionaries readings: “stop lying to one another.” How simple, uncontroversial, and almost uninformative this exhortation is, at least from a moral perspective! Putting to one side the perennial debates from Ethics 101 over whether and when it may be permissible to lie, I can think of no claim less contested than that lying is blameworthy and should be discouraged within human communities. To prescribe or accept lying as a general course of action would be to invite social breakdown, since   it would inevitably lead to the widespread assumption that acts of communication could carry no meaning. The primary medium of interpersonal relations would be fatally compromised, and so genuine bonds would disintegrate.

And yet, is there a more difficult moral challenge, really? If we expand lying to the objective realm, a realm to which our conscience remains responsive at some level, lying includes not only willful deception but also the communication of anything in conflict with the real and the true. But of course, the two are frequently and deeply related: our patterns of deception keep us from seeing things as they are, and our false vision of the world then underwrites and perpetuates the lies we tell. And so the cycle goes on; it has been the story of our species from its very first moments. We are homo mendax. We cannot escape the world to which our lies have condemned us, and so we learn to embrace those lies and make them our own.

How rare it is to find someone with no tolerance for the conventions that allow us to remain so comfortable with each other’s lying! Scripture uses fancier words for it- hypocrisy, guile- but one could replace them with “bull***t” without losing too much of the originally intended reference. Aristotle briefly mentions “frankness” among his taxonomy of virtues, and rightly so, but if one takes a step back and looks at the Bible’s constellation of qualities that typify the character of holy people, frankness would surely be near the center. “Create in me a clean heart,” cries the Psalmist- David, or at least one speaking as David. “Here is a true Israelite,” Jesus says of Nathaniel, “in whom there is nothing false.” Again and again, the ones most beloved of the Lord within the biblical narrative are seen too be those who refuse to lie, even and especially when they realize they have broken faith.

“Vanity of vanities, says Qoheleth, vanity of vanities! All things are vanity!” “The meritocracy held out to us by the moralists as the standard policy of the universe is a fraud!” Here the Scriptures provide a glimpse of the frank person caught in a moment of frustration, even despair, and yet they still call him “wise.” In this week’s Psalm, we glimpse a guileless soul asking the same sorts of questions about the ultimate significance of mortal life, but in a more prayerful and hopeful mood. “You turn man to dust… You make an end of them in their sleep”: these words reflect an unflinching gaze of precisely those aspects of human existence that we go to such great lengths to gloss over and avoid in polite conversation. And yet these words have come to be deemed trustworthy vehicles of the chosen people’s prayer to God. That’s what makes the Psalms so powerful: for the soul so caught up in a web of deception that they can’t even trust the words they address to God in the privacy of other own hearts, the community offers the words of someone praying honestly and profoundly to God about the whole spectrum of human concerns and aspirations. The Psalmist pours himself out to God with total, sometimes brutal truthfulness. Indeed, that helps explain why the Fathers regarded the Psalms as a portrait of Christ himself at prayer.

And in the end, that is what we need most: Christ’s own prayer on our behalf and also as a corrective to the ways we usually posture and attempt to deceive God. This deception, like all others, is ordered to exploitation- seeking one’s own ends through the instrumentalization of others, who should be regarded as ends in themselves. In other words, we try to lie to God in order to get something from Him without having to regard Him as that final Good to which all our desires and possessions should be ordered. That is ultimately what is at work in idolatry and what is at work in greed. Hence it is what we wines at the beginning of this week’s Gospel: the supplicant addresses Jesus as “teacher”- a a patron or judge- in order to bring about the state of affairs he deserves: a state of affairs, notice, to which Jesus is entirely extraneous. He appeals to Jesus’ authority in order to use it- use Him– to his own advantage. Like the farmer in the parable, he is lying to himself; he tells himself that if only this good were secured, all else would be well. (We the Scripture reader have people like Qoheleth and the Psalmist to help us see the folly of such a sentiment!) It is greed, yes, but it is also a very close cousin to the primordial sin of Eden: wanting the fullness of created goods without the Creator. It is not only sinful. It is not only untruthful; it is also deeply sad. Several interpreters have pointed out the pathological quality of the rich farmer- that he’s the sort of fellow who talks to himself as a matter of course- but fewer in my experience have expressed how pitiable his situation is, that he finds himself without anyone else totals to, anyone else who might be able to name and resist the sort of self-deceit that has led him to think his possessions were really and truly his. Such is the ultimate fate of those whole to one another. They ultimately construct a world in which friendship is impossible, and most importantly of all, a world in which the Communion that is the human heart’s true and final desire remains forever beyond one’s field of vision. 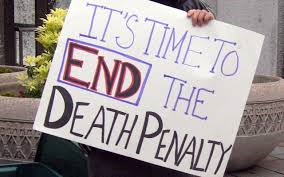 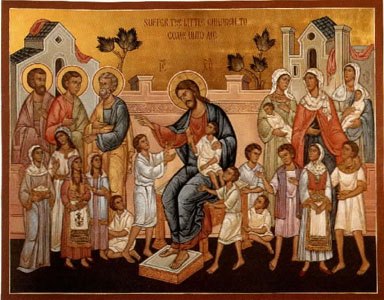