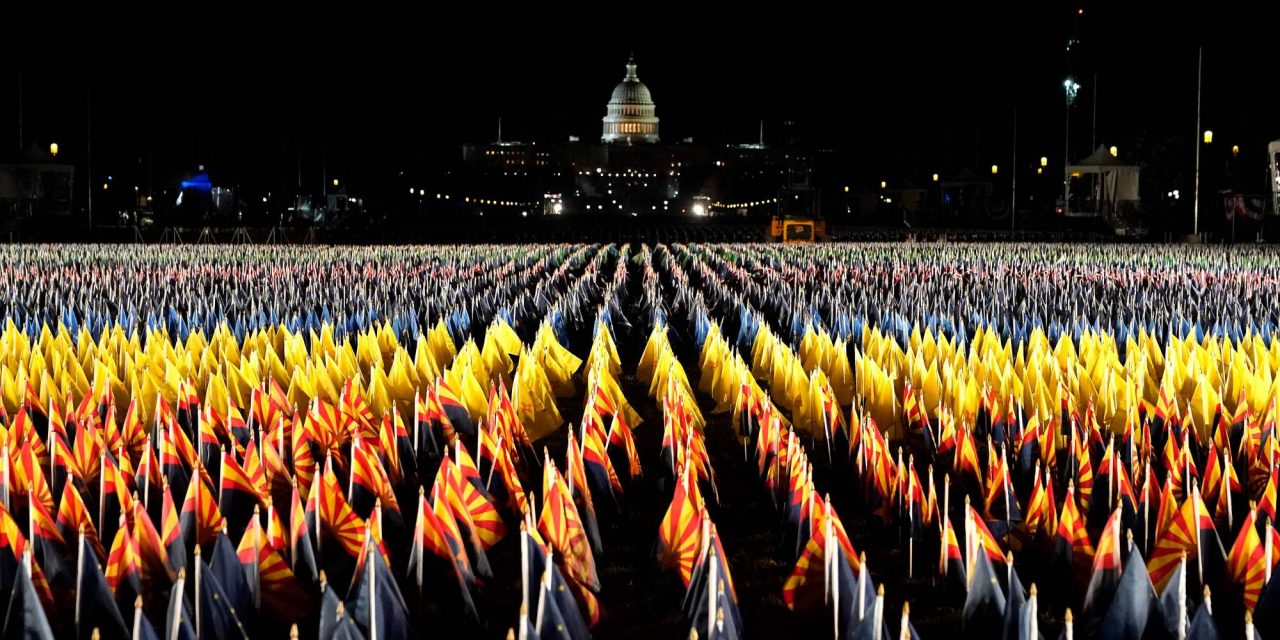 This is the first in a new series of blog posts called ‘Dispatches from the Front’ addressing moral and theological issues facing our divided country.

In the most recent edition of Forming Consciences for Faithful Citizenship, the US Conference of Catholic Bishops named abortion as the “preeminent issue” for the 2020 presidential election.  Last week, Archbishop Gomez (President of the USCCB) doubled down on the preeminence of abortion in a letter to President Biden published on his Inauguration Day.  The decision to publish that letter on inauguration day was politically unwise and more importantly a misreading of the signs of the times.  What is needed at this moment in history is not another affirmation of the church’s teaching on abortion but rather a call to attend to something more foundational: solidarity.

In his Inaugural Address, President Joseph Biden offered his own reading of the signs of the times.  He named several crises and challenges that we face as a nation:

Few periods in our nation’s history have been more challenging or difficult than the one we’re in now.  A once-in-a-century virus silently stalks the country.  It’s taken as many lives in one year as America lost in all of World War II.  Millions of jobs have been lost.  Hundreds of thousands of businesses closed.  A cry for racial justice some 400 years in the making moves us.   The dream of justice for all will be deferred no longer.  A cry for survival comes from the planet itself.  A cry that can’t be any more desperate or any more clear.  And now, a rise in political extremism, white supremacy, domestic terrorism that we must confront and will defeat.

The newly-sworn president told Americans that what we need more than anything else to overcome these challenges is unity, but I think that the concept of solidarity better captures what President Biden thinks is needed to repair, heal, and “restore the soul of America.” Grounded in the moral framework of Catholic Social Teaching, a summons to embrace solidarity is much richer than a call for unity because it points to more than a need to come together.  Solidarity says that we must come together in specific ways and for a specific purpose.  It also says something about who must be included in our understanding of who “we” are.  Let me highlight three aspects of what a call to solidarity entails.

Solidarity calls us to widen our understanding of who counts as “one of us”.  We must first ask “with whom am I asked to be in solidarity?” or to put it in more familiar Christian terms: “who is my neighbor?”  Here we must see solidarity to be closely tied to the principle of universal human dignity.  A call to solidarity is a call to see every human person to be included within the scope of my moral concern.  It is a call to recognize that every human person matters. As we read in Gaudium et spes, it is necessary to consider “every neighbor without exception as another self” (#27).

For more than just the last four years, politics in the United States has been shrinking the circle of concern rather than expanding it.  We are finding it more and more difficult to recognize people who disagree with us as neighbor.  The Pew Research Center has found that a growing number of Democrats and Republicans view each other “coldly” or with hostility and many go so far as to label their opponents as a “threat to the nation”.  Indeed this was the perspective that was a driving force behind the January 6 insurrectionist assault on the Capitol.

These trends accelerated significantly under former president Trump.  His political style was to deride and demean, and his political strategy was based on division and exclusion.  As Bryan Massingale has noted, Trump consistently used categories of race to divide the country and to send signals about who counted as a real American.  He also used religion, sexual orientation, gender, geography, political party, and often a combination of categories to cast some people (immigrants, people of color, Muslims, people living in cities, etc.) out as dangerous and “other”.  While Democrats often worked in direct opposition to Trump’s efforts to divide and vilify, Archbishop Gomez and the USCCB are quite correct to point out that Democrats have also been actively narrowing the scope of solidarity by insisting that fetal life must be excluded from the category of the human.  Solidarity calls for a unity that reverses the trends of exclusion and marginalization.

Solidarity requires engagement.  In The Common Good and Christian Ethics, David Hollenbach tells us that building a thriving political community takes more than tolerating difference.  It requires engaging each other across differences of race, class, religion, geography, and so on with the expectation that we have something to teach each other and also learn from each other.  Rather than viewing differences as lines of division or as grounds for exclusion, differences are viewed positively.  Unity grounded in solidarity goes beyond papering over differences or merely tolerating the existence of people who look or think differently than I do.  A politics grounded in solidarity requires that we take each other seriously enough to engage each other in debate about what our life together should be like.  This is the sort of engagement President Biden seems to have in mind when he notes that we can and should debate and disagree while still remaining a community and a nation.  Disagreement and difference do not push one outside the bounds of solidarity or moral concern.

An assumption here is that part of being a political community is a commitment to get things right — to understand our history and what is happening in the present moment and then together to discern how to live justly.  As such, it requires the affirmation of the existence of some degree of objective truth about the world and the hope that it can be discerned together.  It also requires being honest and truthful in our dealings with each other.  This is worth repeating in light of the controversies about the legitimacy of the presidential election that we have experienced as a nation over the last few months.  Political community cannot be sustained in the face of relentless and deliberate lying for political advantage.  Dishonesty undermines solidarity and the common good.

The purpose of unity is to promote the common good.  Perhaps the most widely known definition of solidarity in Catholic circles comes from John Paul II who wrote that solidarity is a “firm and persevering determination to commit oneself to the common good; that is to say to the good of all and of each individual because we are all really responsible for all.”  Solidarity demands that we recognize that we are members of the same community — a community that includes everyone — and that we are responsible for ensuring that each of us is able to live with dignity.

In Catholic Social Teaching, the common good is primarily understood to be the social conditions necessary for individuals and groups to flourish or reach their fulfillment (Gaudium et Spes #26).  In other words, solidarity is a commitment to ensuring that everyone has access to the things that we recognize to be vital to living a good human life: to education, political participation, health, safety, work, etc.   We are called to unity not simply so that we won’t do each other harm.  We are called to unity because we need to work together to make a good life possible for each other — for everyone.  Thus solidarity is much more than a feeling or the mere recognition that you matter to me.  It is a determination to work and to build up our common life together for the benefit of all.

As church leaders and all faithful Catholics consider our role in contemporary political life in the United States, the preeminent priority should be solidarity.  It is solidarity and its unbreakable ties to universal human dignity and the common good that should lead Catholics to take a stand against dehumanization in all of its forms and to take steps to ensure the very possibility of democracy and civic life.  As French theologian Alain Thomasset has observed, a good society needs more than good laws and policies.  It requires citizens that want to live together and aspire to create a good society together.  There is a need right now to develop the fabric of society and the social order.  It is to this important work of solidarity that Catholic Social Teaching (and President Biden’s inaugural address) calls us.