The theme tying our readings together for the Solemnity of the Epiphany is “gift.” In our first reading, Israel is the beneficiary:

Then you shall be radiant at what you see,
your heart shall throb and overflow,
for the riches of the sea shall be emptied out before you,
the wealth of nations shall be brought to you.
Caravans of camels shall fill you,
dromedaries from Midian and Ephah;
all from Sheba shall come
bearing gold and frankincense,
and proclaiming the praises of the LORD.

This expectation for the “wealth of nations” is of course fulfilled in our gospel when the Magi find Jesus and present him with treasures of gold, frankincense, and myrrh. The Magi are central characters in the Epiphany feast. We know virtually nothing of them save for that they were non-Jews, that is, pagans, who did not know the true God that had been revealed to the Jews. Yet they receive the gift of the revelation of who this infant is, the true King worthy of homage. The Magi receive God’s revelation as a gracious gift, and in turn, they give their own precious gifts to this God they have come to know.

In our second reading, we see the theme of gift again playing a central role. The author of this reading from Ephesians speaks of the gift (the grace) he has been given, namely the revelation of the mystery “that the Gentiles are coheirs, members of the same body, and copartners in the promise in Christ Jesus through the gospel.” We are the lineage of those Magi, those pagans outside the original covenants God made with his nation, nevertheless gifted with a relationship with that same God. By grace, the gentiles are grafted onto the one true vine, and by grace, they too are heirs to the promises God made to the Jews.

Like the Magi, the proper response to the gift we have received is to offer our own gifts, namely, as the author of Ephesians is doing, of offering the gift of our faith, of sharing the gift we have been given with others. I have to admit that the idea of sharing the faith–of evangelizing–makes me uncomfortable. I come from the deep South where evangelizing is part of the culture, where everybody wants to tell you about how great it is to be a Christian. And though I have always been a Christian, I find such conversations very off-putting. Rarely, do I find such conversations reveal Christ.

One of the reasons, I think, that I find such conversations distasteful is that they make it seem that Christ is something to be possessed. Epiphany reminds us that Christ is not an idea to battle over or something to be owned, but rather a relationship that we graciously receive and live out. The God of the Jews reveals himself to the Gentiles as a person, a person who is inherently in relationship, first with his mother (whose feast we celebrate this week on Jan. 1), and then with an ever-widening circle of individuals who recognize who He is.

Our new pope has been particularly exemplary at modeling this method of evangelizing. In a quiet humility, the pope is reaching out to those who are outside the faith, not by watering down the faith, but by recognizing the way in which Christ continues to be revealed in all individuals. In a recent New Yorker article, James Carroll recognizes this quality in the pope:

“I have a dogmatic certainty,” [the pope said in an interview], “God is in every person’s life.” In an early-morning homily in the vatican hostel where he lives, he anticipated traditionalists’ objections, saying, “Not just Catholics. Everyone! ‘Father, the atheists?’ Even the atheists. Everyone!” For Francis, the Church’s purpose is not to bring God to the world but simply to emphasize God’s presence–already there.

We might add to this: “Even the traditionalists? Even the traditionalists. Everyone! Even the members of the Tea Party? Even them. Everyone!” God reveals himself always and everywhere. The task of the evangelist is to simply illuminate how this is so. And how do we do this? By treating all people with the dignity they have as persons, by listening respectfully and charitably to ideas and values that seem in stark contrast to our own, by prudentially deciding which fights are worth engaging in.

This doesn’t mean we can’t disagree. The field of moral theology would quite collapse if this were the case! But we must put love prior to argument, the person prior to the issue. In another section of the Carroll article, he writes,

Francis hasn’t altered the impossibility of gay marriage in the Church, but his tone is very different. “A person once asked me, in a provocative manner, if I approved of homosexuality,” he said. “I replied with another question: “Tell me: when God looks at a gay person, does he endorse the existence of this person with love, or reject and condemn this person?’ We must always consider the person.”

I sometimes wonder what happened to those Magi when they left the Christ child. I suspect there was nothing they could say to their fellow countrymen to communicate the depth of the gift they had been given. But maybe, when they remembered the King they had bowed before in the manger, with the smell of animals heavy all around, in the company of shepherds and a poor young woman and her husband, they became a little more cognizant of the dignity of those human beings all around them, rich in the knowledge that God had become a little child for them too. 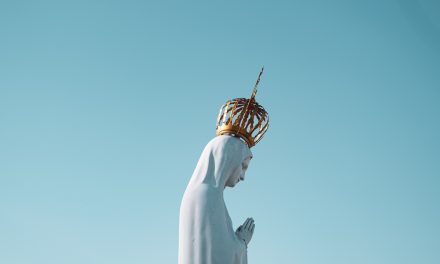 Lectionary: Solemnity of the Assumption of the Blessed Virgin Mary 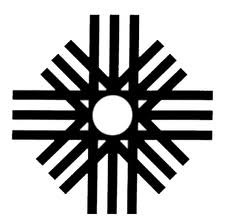