Today Major League Baseball announces the new players elected to baseball’s Hall of Fame. Players become eligible for election five years after retirement, and so by coincidence, this is the first year of eligibility for Barry Bonds and Roger Clemens. Bonds won 7 MVPs and surpassed Hark Aaron as the player with the most home runs in history, and Clemens won 7 Cy Youngs and at age 43, was still dominant enough to post an extraordinary 1.87 ERA. In short, a case can be made that Bonds and Clemens are not simply the greatest players of their era, but are among the greatest of all time.

But of course, both have come under the cloud of steroid use. The HOF requires its voters to consider sportsmanship and character on their ballots, and so this year, we will see how far this moral argument will go. Wallace Matthews of ESPN.com runs down the common arguments for inclusion, dismissing them one by one. As Bill Pennington notes in the New York Times, there are plenty of “infamous” players in the Hall – overt racists, perpetual drunks, and the like. But there is a distinction:

In the debate about whether players linked to steroids belong in the Hall of Fame — when compared with players who might have been ne’er-do-wells — a frequent line of thinking is that there is a critical difference between crimes against society and crimes against baseball. A player can, for instance, neglect to pay his income taxes and remain in the good graces of the Hall of Fame (Duke Snider, class of 1980), but neglect to run out routine ground balls and it will undoubtedly cost the player Hall of Fame votes.

While the notorious spitballer, pitcher Gaylord Perry, is in, most other cases involve clearly non-baseball problems. And, as Matthews notes, there is a further difference between players whose cheating essentially forced other players to cheat versus players (like Perry) whose cheating was “independent.” Perry eventually admitted his cheating – which Bonds and Clemens have not done – and was inducted in his third year of eligibility, which he admits was a kind of admonishment – perhaps the same sort of admonishment that will affect Bonds and Clemens, who will undoubtedly meet the threshold for continued eligibility, and so will be on the ballot for many years to come.

I find the moral fervor of these arguments very interesting. I’m happy that sport (or at least baseball) can push us to consider what is truly “wrong.” Besides, the question here – like the question of Pete Rose – is kind of an “intrinsically evil acts” question, played out in a different venue. The arguments refine our (correct) sense that all cats are not gray, all wrong actions are not equally wrong, and that we can have reasoned arguments about how to evaluate these matters. Indeed, ethics in sport has often been a way in the classroom for me to engage students who are otherwise pretty apathetic toward “all this right and wrong stuff.” In a sense, sports can be a great example of Alasdair MacIntyre’s idea of a practice, one which requires participants to pursue goods internal to the practice, and follow common rules for doing so. A guy in the back row of the class may be dozing when I talk about market injustices, but he suddenly springs into action when he hears about these “cheaters.”

One particular deserves mention. A number of other players – lesser players – have either already been eligible (McGwire) or are becoming eligible this year (Sosa). The consensus seems to be that these guys will not make it – and that lesser players who are seemingly “clean” from that era (Mike Piazza) will make it. Seething under the surface here is a deeper sense of the wrong committed by Bonds and Clemens, specifically: these guys were already, before steroids, on their ways to being among the greats, and yet they still cheated… and their cheating enabled them to break all-time records. You can see this in Matthews’ ESPN piece:  Bonds has more or less dishonored Hark Aaron. So in a sense, Bonds and Clemens are being punished not simply for steroid use, but for dishonorable ambition. It is a commonplace in ethics today that notions of honor and shame have evaporated in our society. But it seems here we have a case where they are still prominent, coloring our reaction, especially to the judgment about the gravity of a wrong. For some, Bonds and Clemens are not just cheaters; they have proven themselves dishonorable members of the baseball community in their excessive ambition.

We’ll see how the numbers come out at 2pm today.

UPDATE: Well, apparently not: Bonds got on 37% of ballots, Clemens on 38%. You need 75% in order to be elected. At least next year we’ll get Mr. Clean, Greg Maddux, in there. And check out Jayson Stark’s post-vote rant, where a new moral argument surfaces: Cooperstown as museum vs. Cooperstown as shrine. Narrative ethics at its best! 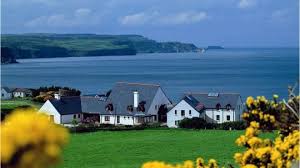 Don’t Know Much about a New Generation of Catholic Theologians…