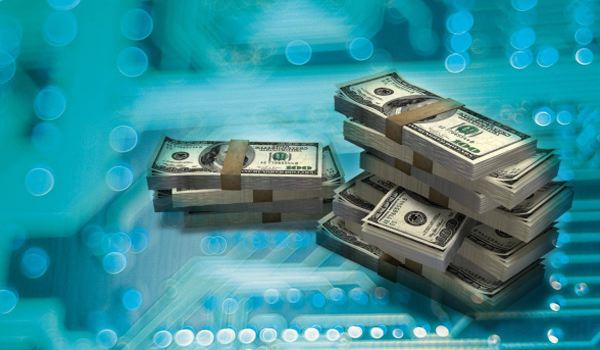 In an observation that has stayed with me since 2008, Jim Caccamo wrote in “The Message on the Media”,

It would be wise, for instance, to recognize that despite the popular claim that the internet democratizes information, all of that personal expression is carried out on an infrastructure that is both highly centralized and under constant control by corporate and governmental bodies. Any user’s ability to use the web for critical social communications is contingent upon specific economic conditions and governmental priorities; communication can arbitrarily be cut off, as when millions of people from Egypt to India lost internet service due to the severing of two undersea cables, or routinely censored by political regimes, as those who live within China’s Golden Shield know all too well.

Caccamo’s insight is that the politics of the internet favors centralization.  It should give us pause because this politics creates groups of powerful and powerless, rulers and subjects, insiders and outsiders.  I found it relevant once again after reading about the economic disparity in Silicon Valley.  The Associate Press noted it in its recent article, “Silicon Valley boom eludes many, drives income gap”.

Silicon Valley is entering a fifth year of unfettered growth. The median household income is $90,000, according to the Census Bureau. The average single-family home sells for about $1 million. The airport is adding an $82 million private jet center.  But the river of money flowing through this 1,800-square-mile peninsula, stretching from south of San Francisco to San Jose, also has driven housing costs to double in the past five years while wages for low- and middle-skilled workers are stagnant. Nurses, preschool teachers, security guards and landscapers commute, sometimes for hours, from less-expensive inland suburbs.

Wired magazine echoed this problem in its “Silicon Valley Needs to Lose the Arrogance or Risk Destruction”.

In the Bay Area, where tech salaries and IPO riches have pushed the cost of living to the breaking point, the rancor cut deep on subjects ranging from Twitter’s sweetheart tax breaks to working-class families displaced from local neighborhoods.  As the rest of the economy struggled, tech bigwigs repeatedly proved themselves to be out of touch, whether it was Facebook cofounder Sean Parker’s lavish Lord of the Rings-inspired wedding or mega-VC Vinod Khosla’s privatization of one of California’s historically public beaches.  It’s all adding up to a nasty picture of Silicon Valley—of an industry that hoovers up personal data and reaps massive profits from its use, preaching a gospel of sharing but refusing to share back.

These economic divides seem to me the logical outgrowth of the internet’s politics of centralization. It results in a few people with more and more wealth and others with less and less.  For Wired magazine, the problem with this disparity is that it means people will resent and eventually distrust these technology companies.  This will be their undoing as they trade on the trust of users. Facebook, Twitter, Google, Instagram, and Amazon depend upon people willing to share information through them.  Thus, Wired continues, these companies need to think of themselves not just in terms of profit but also as a “sacred trust” for society.

I think the problem is more expansive though.  It is a classic case of the rich man and Lazarus, Jesus’ parable in Luke’s gospel.  Lazarus lived on the door step of a “rich man who dressed in purple garments and fine linen and dined sumptuously each day.”  Daily, this rich man walked out of his door and step over Lazarus who was “covered with sores.”  When they died, Lazarus ended up with Abraham in heaven and the rich man in hell.

Yet, the story does not end here.   As Michael Himes noted, even from the abyss, the rich man still thinks he rules over the poor man (and even Abraham).  He tries to command both to do his bidding.  “Father Abraham, have pity on me. Send Lazarus to dip the tip of his finger in water and cool my tongue, for I am suffering torment in these flames.”  When Abraham said, “no”, the rich man continued saying, “Then I beg you, father, send him to my father’s house, for I have five brothers, so that he may warn them, lest they too come to this place of torment.” The rich man has lived his whole life believing himself superior to Lazarus, and this perspective has not been tempered even in hell.  The rich man still feels that he is above Lazarus and so can boss him around.

This is the problem facing Silicon Valley.  It is not just a division but a trajectory.  It is separation that builds and calcifies over time.  It inextricably leads to further differentiation and further animosity.  The tech industry goes bankrupt.  People loose the benefits brought by their advancements.  This might seem like hyperbole, but it is the logic of thinking of wealth separate from our relationships with others. The wealthy become further and further removed from the vast majority of people.  The resentment and animosity metastasizes on the other side of the divide.

To say that the solution is to love like Christ loves is both true and seemingly naïve.  Yes, we should following Christ in all things, including in our economy and our technology.  Yet, saying it easily sounds like a Kumbaya gospel.  I do believe, though, it is the solution.  It is just not as simple as it sounds.  The kind of self-sacrificing love in our world does not rectify everything immediately.  Specific acts of love open up alternative possibilities in history and society.  They suggest other options, other possibilities than the inevitable slog toward division, hostility and destruction. In an earlier post, I spoke of how technology on a micro level can be supportive of, instead of a surrogate for, community.  I am not sure what similar actions might be at the macro level for a place like Silicon Valley, but they are possible.  It is possible to love and so use wealth and technology as something to be thankful for and something to be shared for the good of others.