Just after midnight, President Obama announced to the American public that Osama Bin Laden was dead. He gave a powerful and measured speech detailing a covert military operation into Pakistan. He began:

Tonight, I can report to the American people and to the world that the United States has conducted an operation that killed Osama bin Laden, the leader of al Qaeda, and a terrorist who’s responsible for the murder of thousands of innocent men, women, and children.

This is THE story dominating today’s “news cycle.” As a New Yorker, who vividly remembers the events of 9/11 and a Catholic moral theologian highly critical of the way the memory of 9/11 has been used to justify two wars, Guantanamo detention centers, and the deaths of thousands of civilians – I find myself perplexed and uneasy with what I am seeing.

On the one hand, I too feel a sense of relief. Was arresting and putting Bin Laden on trial ever really an option? I’d always assumed and attempt to capture him would result in a firefight. Was his covert existence “out there” a persistent threat to the United States and its citizens at home and abroad? Yes, I do believe he was. However, there is a difference relief and rejoicing.  Retributive justice being done and  a sense of profound relief is quite different from active rejoicing in the death of another.

As Christians, we are instructed in Matthew 5 to love our enemy. Beginning with St. Augustine, Just War Theory is predicated on the belief that it is somehow possible to love one’s enemy while killing them. Whether or not one agrees with Augustine and just war theory (on this I recommend the blog DatingGod for a pacifist’s response) – it seems clear to me that one cannot love one’s enemy while killing them AND rejoice in their death.

Osama bin Laden, as we all know, bore the most serious responsibility for spreading divisions and hatred among populations, causing the deaths of innumerable people, and manipulating religions for this purpose. In the face of a man’s death, a Christian never rejoices, but reflects on the serious responsibilities of each person before God and before men, and hopes and works so that every event may be the occasion for the further growth of peace and not of hatred.

People rejoicing in the streets  at a man’s death, even if such a death can be argued to be justice just strikes me as unseemly. As a nation, shouldn’t we be concerned with global ramifications for parties in the streets? Is this not likely to incite retaliation, thus undermining the national security benefits just achieved? As Christians, shouldn’t we be more concerned with the Kingdom of God than temporal status?

Let us remember that we can do these things not just because of wealth or power, but because of who we are: one nation, under God, indivisible, with liberty and justice for all.

As Christians, it is appropriate to feel a strong sense of relief but not rejoice in the events of last night. It is imperative that we remain vigilant in questions of how American military might is being used; including, critically evaluating the justice and wisdom of the wars in Iraq and Afghanistan. But also, we must ask ourselves – in light of the Gospel – how do we strive to be “one nation, under God, indivisible, with liberty and justice for all” ? This, it seems to me, would call for more liberty and justice within our borders, within the world, and less rejoicing at the death of a man, no matter the evil he committed.

The Coming of Physician-Assisted Dying (aka Euthanasia) to Canada 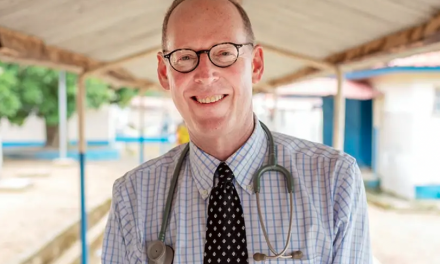