The surprise announcement of Pope Benedict’s resignation – which has apparently been planned for some time – is likely to prompt a great deal of speculation about the future. Indeed, what an “emeritus pope” looks like will be something new. (For in-depth ongoing coverage, click here.)

The announcement displays a humility and care for the Church that is characteristic of Joseph Ratzinger’s entire life. His theological legacy is rich and powerful. In his honor, and in the hopes for an unprecedented Lenten desert journey for the pilgrim Church, here are his words from his homily of Ash Wednesday 2012:

With this day of penance and fasting — Ash Wednesday — we are beginning a new journey to the Resurrection at Easter: the journey of Lent. I would like to reflect briefly on the liturgical symbol of Ashes, a material sign, a natural element, which in the liturgy becomes a sacred symbol, very important on this day which marks the beginning of the Lenten journey. In ancient times, in the Jewish culture, it was common practice to sprinkle ashes on one’s head as a sign of penance, and often also to dress in sack-cloth or rags. Instead, for us Christians this is a special moment which has considerable ritual and spiritual importance.

Firstly, ashes are one of the material signs that bring the cosmos into the Liturgy. The most important signs are those of the Sacraments: water, oil, bread and wine, which become true sacramental elements through which we receive the grace of Christ which comes among us. The ashes are not a sacramental sign, but are nevertheless linked to prayer and the sanctification of the Christian people. In fact, before the distribution of ashes on the heads of each one of us — which we will soon do — they are blessed according to two possible formulas: in the first, they are called “austere symbols”, in the second, we invoke a blessing directly upon them, referring to the text in the Book of Genesis which can also accompany the act of the imposition: “Remember you are dust, and to dust you shall return” (cf. Gen 3:19).

Let us reflect for a moment on this passage of Genesis. It concludes with a judgement God delivered after the original sin. God curses the serpent who caused man and woman to sin. Then he punishes the woman telling her that she will give birth with great pain and will have a biased relationship with her husband. Then he punishes the man, saying he will toil and labour and curses the ground saying “cursed is the ground because of you” (Gen 3:17) because of your sin. Therefore, the man and woman are not cursed directly as the serpent is, but because of Adam’s sin; cursed is the ground from which he was taken. Let us reread the magnificent account of how God created man from the Earth. “Then the Lord God formed man of dust from the ground, and breathed into his nostrils the breath of life; and man became a living being. And the Lord God planted a garden in Eden, in the east; and there he put the man whom he had formed” (Gen 2:7-8); taken from the Book of Genesis.

Thus the sign of the Ashes recalls the great fresco of creation which tells us that the human being is a singular unity of matter and of the Divine breath, using the image of dust moulded by God and given life by the breath breathed into the nostrils of the new creature.

…the cursing of the ground has a “medicinal” function: meaning that God’s intention is always good and more profound than the curse. The curse, indeed, does not come from God but from sin. God cannot avoid inflicting it, because he respects man’s freedom and its consequences, even when they are negative. Thus, within the punishment and within the curse of the ground, there is a good intention that comes from God. When he says to man, “you are dust, and to dust you shall return”, together with the just punishment, he also intends to announce the way to salvation, which will pass precisely through the earth, through that “dust”, that “flesh” which will be assumed by the [Incarnate] Word.

It is in this salvific perspective that the words of Genesis are repeated in the Ash Wednesday Liturgy: as an invitation to penance, humility, and to have an awareness of our mortal state, not to end in despair, but rather to welcome in this mortal state of ours the unthinkable closeness of God who beyond death, opens the way to resurrection, to paradise finally regained.

In this brief statement, the pope shows his theological legacy. It is richly scriptural and informed by ancient sources. It involves at its center a sacramental and liturgical imagination, which sees in God’s material creation not a barrier to the Spirit, but the Spirit’s Way. It places the Catholic faith squarely within a narrative of salvation history, removing it from myth and magic. And it constantly humbles itself before God and God’s story of salvation. May these future weeks of journeying be a blessing for the Pope and for the entire People of God. 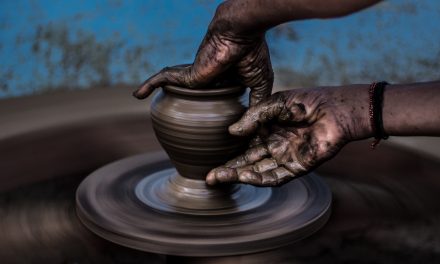