On Friday Nov 16th at Fordham University in New York, Peter Singer and three theologians shared a podium to discuss the theology and ethics of the treatment of non-human animals, particularly in light of the practice of factory-farming. The session was entitled Christians and Other Animals: Moving the Conversation Forward. The context for the discussion can be summarized by the fact that in America alone, over nine billion pigs and chickens a year are raised in horrifying conditions, genetically bred and practically force-fed to bulk them up to bizarre weights while they are still baby chicks and piglets, and then slaughtering them, typically in cruel ways. Discussing and disagreeing about how to think about this in addition to Peter Singer were: David Clough, a Methodist theologian out of the UK who has recently written a ground-breaking book on how to think about non-human animals theologically; Rusty Reno, a Catholic theologian and editor of First Things, a leading journal on religion and public life in America; and Eric Meyer, a doctoral student in theology at Fordham critiquing how the grammar of “animal” functions in both popular and theological language and culture. The panel was put together and moderated by Fordham moral theologian and CMT’s own Charlie Camosy.

Those coming to the panel discussion hoping or expecting Peter Singer to dominate or to hear him advocating viewpoints inimical to Christianity were sorely disappointed. The Peter Singer present was not the one who is known for criticizing Christianity, but rather the one who has referred to the Christian ethical tradition as “among the greatest of human achievements.” And all four panelists engaged theological questions of what Christianity has to say and should be saying about the vast and institutionalized cruelty to animals that has arisen in America over the last 50 years.

What was striking about the panel was both the nature of the disagreements, and also the substantive agreement. On the one hand, the two outliers were Reno and Singer, who were the ones least sympathetic to the plight of animals and Christianity respectively. So for example, in response to Clough’s theological critique of the cruelty of factory farming, Reno responded that he got his meat from a local farmer in Nebraska whose animals lead relatively happy lives. Whether or not that was true, it skirted the issue of factory-farming.  To his credit, when pushed, Reno forthrightly acknowledged the evil of the breeding techniques endemic to factory farming.  Another interesting disagreement was between Clough and Singer.  Singer (whose preference utilitarianism focuses on suffering)  could not wholeheartedly agree with Clough’s criticisms of factory farming as defacing the nature of factory farmed animals, since if those animals could be kept free of pain and suffering ( by keeping them in e.g. a semi-conscious state), then Singer would have little theoretical objection to it.

In contrast to the disagreements, what was more striking were the agreements. All of the panelists agreed to some degree of “anthropocentrism,” that we have good reason to treat human beings to some degree differently than other non human animals. Secondly, all the panelists in the end agreed to the view that there is something deeply wrong about the kind of breeding of e.g. young chickens so that they grow in a way that their young legs cannot properly support their grotesquely oversized breasts, that this is simply wrong and should not be done regardless of its profitability for the industry.

Despite what elements of the blogosphere write about Peter Singer’s appearance on the campus of a Catholic University, this is clearly the kind of conversation that Catholic universities should encourage, serious conversations about important social issues involving persons of seriously different moral convictions.  This is at least part of the purpose of a university (and particularly of a Catholic university whose role it is to keep debates about serious moral issues on the frontburner of its collective consciousness), and we can hope other Catholic universities follow Fordham in this example, regardless of the criticism it endures. 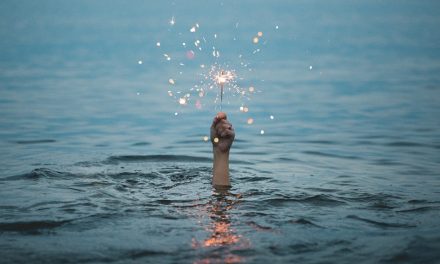