News from Canada: Limits of “Religion”

Earlier this month, an Ontario Court sentenced Shahrooz Kharaghani to 10 weeks in jail.  The offense: possession for the purpose of trafficking marijuana.  On one level, a very pedestrian crime and sentence.  However, what makes the case interesting is that Kharaghani made a “religious” defense, that his smoking marijuana is a right of freedom of religion under the Canadian charter of rights and freedoms.  Kharaghani is a member of the “Church of the Universe”, in which smoking marijuana is a sacrament.

The Church dates back about forty years, and its two chief convictions focus on smoking the “tree of life” and nudity.

During the trial, the crown brought in religion professor Katherine Young, who indicated that the only “scripture” that she could find was from “cannibis culture” magazine (not otherwise known as a religious journal), and that the Church seemed to have little in he way of rituals, rites or symbols apart from smoking cannibis, and that the Church seemed to have no means to help adherents deal with “life’s paradoxes.”  Furthermore, the crown attorney referred to the religious defense as “an inside joke among a bunch of people who like to smoke marijuana”.

The defense countered with an appeal to William James, that “[r]eligion shall means for us the feelings, acts, and experiences of individual men in their solitude, so far as they apprehend themselves to stand in relation to whatever they may consider divine.”

While the judge did not grant the freedom of religion defense, the judge did note that while charged with “trafficking” (the defendant sold to undercover police) the defendant seemed to lack a significant profit motive, for which the judge gave him credit.  Apparently Kharaghani did not negotiate or even discuss price, simply seeming to want money for basic food and clothing and to keep the Church running.

In the end the judge concluded that “the difficulties in identifying both the religious user and the religious use of cannibis make an exemption [to the law] unworkable.”  We might also add that if granted, it would likely be an enormously successful evangelistic tool, much more successful than paved parking lots or yoga classes.

Canada is in the midst of a number of legal cases in terms of sorting out how to think about what constitutes a legitimate religion.  For example, in the Province of Quebec there have been lawsuits over a Provincial law that mandates only the teaching of religion where all religions are treated equally.   This law at one point prevented private Catholic schools from having their religion courses “count” since they presumably could not be neutral!

Interestingly, neither the Ontario or Quebec courts seem to want to enter a discussion of what constitutes a legitimate “religion.”  For if they did, they might come to the conclusion of William Cavanaugh’s recent book, The Myth of Religious Violence, that the very notion of “religion” may be obscuring the fundamental questions, and preventing thoughtful analyses and judgments regarding the beliefs and practices of various faith traditions.  Perhaps this judgment is a starting point to what Ontario will consider and not consider a religion. 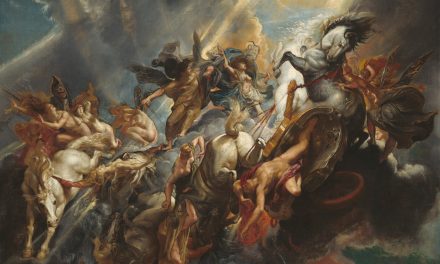