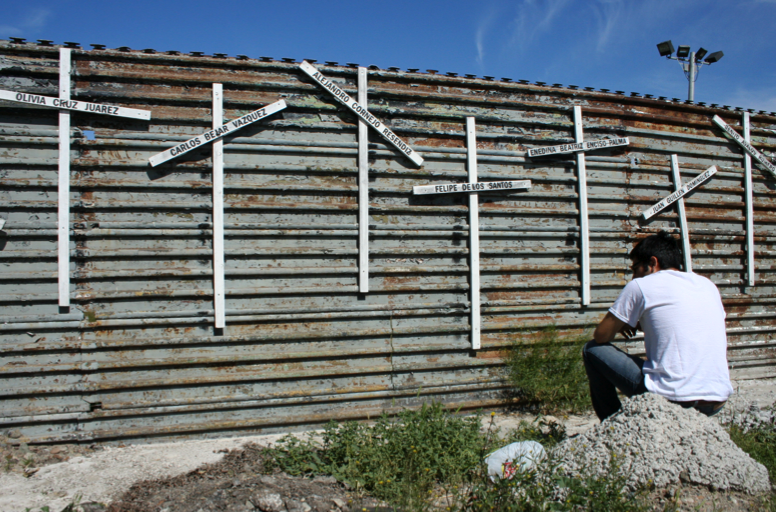 As you read this, Chinese workers are building roads and bridges throughout Rwanda. African workers fill the oil refineries of the Middle East. IT-help lines for Americans with computer glitches are supported by workers in call centers in India and Singapore. Mexican-born migrant workers populate the avocado and citrus orchards of my home state of California. Think of the mobile phone as metaphor for our world. How many people do you know who don’t even have a “land line” phone? The mobile phone is the symbol for the new normal, an economy that depends on the willingness of people to leave stability and crave mobility. In the midst of this, if we look around us we will see that our communities are not in fact homogeneous but are always in flux, dynamic, and diverse.

When the so-called “problem of immigration” comes up, Americans too often assume that the “normal” is the static, stable sense of “home.” Home is when you identify with a place that is relatively stable geographically and culturally. Thus the migrant is the “other,” the one whose experience is in some ways non-normative. But of course, this assumption has all kinds of blind spots. Not only is it out of touch with common experience of globalization and the fluidity of the vocabulary of home for middle class Americans (many of whom move for jobs every day), but it is wildly out of touch with the experiences of migrating people and a pre-colonial and colonial understanding of settlements. As theologian James Cochrane challenges us, “In the longue duree, movement of peoples may in fact be more significant than settlement, and settlement—as an organizing idea, at least—far less characteristic of social dynamics than movement.” [1]

191 million people, or 3% of the world’s population, live outside their country of origin.[2] International labor migration—the movement of people across national borders for employment—is of vital importance for the global economy. Recent estimates indicate that 86 million people are international labor migrants.[3] Half of international labor migrants are women who frequently end up in low-status, low-wage production and service jobs. Irregular migrants, or persons who migrate without proper authorization or documentation, account for an estimated 2.4 to 4 million people each year; these irregular migrants often face dangerous journeys and are more vulnerable to exploitation than legal migrants.[4] But people migrate for a variety of reasons, and regional migration trends should be understood in their particularity and complexity.[5] This is often a challenging task. It is important to understand both the “push” and “pull” factors of international labor migration. For example, poverty and unemployment are commonly cited as factors that “push” people from their birth countries, while foreign policies and an economy’s appetite for cheap labor “pulls” people into specific places. The push-pull dynamics between the United States and Mexico involve long standing geographical, historical, linguistic, cultural, political, and economic factors. In 2010 the United States hosted around 43 million foreign nationals, representing 13.5% of the total U.S. population. 11.6 million immigrants came from Mexico, which means that almost one out of three immigrants in the U.S. originated in Mexico. [6] Learning more about the structures of the economy and the “big picture” issue of international labor migration is really important for Catholics who wish to be more informed about the immigration policies currently being discussed in Washington DC and everywhere else where members of Congress are talking to their constituents.

Increasingly, theologians and ethicists are grappling with the problem of structural violence. Paul Farmer, who is well known for his work as a physician, anthropologist, and human rights advocate, defines structural violence as: “a broad rubric that includes a host of offensives against human dignity: extreme and relative poverty, social inequalities ranging from racism to gender inequality, and the more spectacular forms of violence that are uncontestedly human rights abuses.” Farmer insists that human flourishing depends not only on biological factors but also on social, economic, and environmental conditions in which people live.[7] Farmer repeatedly warns scholars to reject “immodest claims of causality” or arguments that seem to blame the poor, weak, or vulnerable for their supposed failings to protect their own well-being.[8] Farmer insists that scholars attend to the complex social forces that constrain human agency, especially the agency of the poor. With regard to migration, James R. Cochrane, suggests that Christian ethicists need to speak not only of “broken bodies” but also of “brokered bodies,” or bodies harmed “because they are mere entities in contractual relations, commodities in exchange relations they do not control.”[9]

A central principle of Catholic social ethics is the dignity of the human person. Human dignity retains pride of place in theological reflection on immigration as well. Silvano Tomasi reminds us that the human person must remain the priority and that migrants deserve special care and consideration because of the many ways they are often disadvantaged.[10] The bishops of the United States and Mexico wrote in 2003 that persons have a right to migrate to support themselves and their families and that this claim complements the claim that sovereign states have the right to control their borders in a way that serves the common good. [11] As you discern your own position in the immigration debates that are underway, think about the kind of society and economy you want to promote, and whether the policies you endorse will actually accomplish that goal. What policies promote human dignity, serve the common good? What policies are family-friendly? For whose families? Let’s get the data. As we think beyond individual stories of migrants to better understand the systemic and structural issues involved, we need also consider the problems of social sin we encounter in this debate. [12] We need to reject rhetoric that feeds nativist or racist fears about the supposed threats that migrants pose. And we also need to avoid any rhetoric that reduces people to the work they perform for the economy, as so many guest-worker programs do. Migration of peoples is not a new phenomenon but it is a complex one. So too is the ethical task of naming the “problem” correctly so that we can come to the best possible solutions.

[1] “Sacred Crossings: Movement, Migration, and the Fate of the Religious Body” in Broken Bodies and Healing Communities: The Challenge of HIV and AIDS in the South African Context. Edited by Neville Richardson. Pietermaritzburg, South Africa: Cluster Publications, 2009, 98, 216.

[5] This is a point emphasized by Robert E. B. Lucas, International Labor Migration in a Globalizing Economy (Washington DC: Carnegie Endowment for International Peace, 2008). Available online at http://carnegieendowment.org/files/international_migration_globalizing_economy.pdf.

Private Charity may be a Euphemism for Private Self-Investment