Love Draws Us to the Particular —2nd Sunday in Ordinary Time 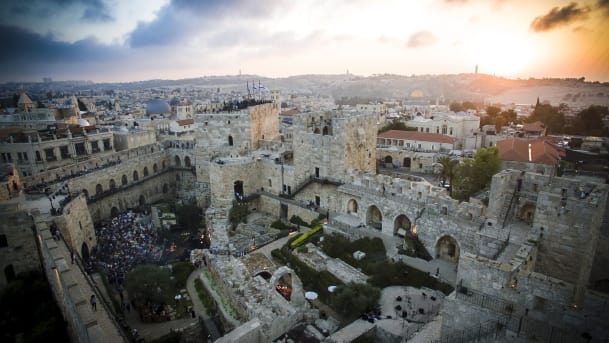 Every Christmas my mother took a week of vacation to prepare for the holiday celebration. Growing up an only child, she never really relished vacations that involved lots of “together time” either in the car or in hotel rooms. So the week in December when she got ready for Christmas was a special treat for her, because she got to do fun things while everyone else was out of the house. She did them for us, however, and for everyone who came into the house over the holiday season. And while we enjoyed them, she all too often would curl up in a cozy corner with her coffee and her crossword puzzle. Gracious woman that she was, my mother was an introvert at heart.

During her “winter vacation,” my mother would often decorate the tree in themes: angels, music, flowers. It was always an elegant and beautiful sight right in the middle of the living room, but it never really signaled the arrival of the holidays for my brother or me. It was too perfect, too uniform, too new. The themed tree was always an embodied abstraction. The decorations we cherished we the old, kitschy, partially broken ones: the ceramic Santa that could no longer stand up on its own, the plastic deer with its fuzz half worn off, the crèche with the snapped shepherd crooks and chipped angel wings, that bizarre crocheted wreath with a sweatered kangaroo right in the middle of it. When these old friends appeared in the house—yes, then Christmas was really indeed upon us. They were ugly and often eyesores, but it was in them that we invested all our associations of the warmth, love, generosity, and hope of Christ’s Nativity. Why was that the case? Wasn’t the perfection of the themed tree a more appropriate symbol of the incarnation? Didn’t it better resemble the “embodied absolute”?

One of the central mysteries of the Biblical account of God, it seems to me, is His love for the particular and the imperfect. Or better yet: His fidelity to the particular and imperfect. This God does not shrink from being known in terms of the very particularities to which He attaches His devotion: The God of Abraham, the God of Isaac, the God of Jacob, the God of Israel. One wonders if there was ever a concern that such titles dragged God down a bit, given the belief in His perfection and the manifest imperfection of these figures and their descendants. The heart of God’s character, and perhaps His entire relation to creation, comes through in the way His fidelity to these imperfect covenant partners changes them, transforming them through love into worthy recipients of such love.

The Lord did not set his affection on you and choose you because you were more numerous than other peoples, for you were the fewest of all peoples. But it was because the Lord loved you and kept the oath he swore to your ancestors that he brought you out with a mighty hand and redeemed you from the land of slavery, from the power of Pharaoh king of Egypt” (Deut 7:7-8)

At several points God mulls over the option of abandoning His covenants, starting over, striving for perfection rather than messy dogged devotion. Almost as if it were to demonstrate the point, however, He refuses to do so (sometimes with a little prodding by Moses or the prophets). God has invested all the associations of His covenant love into these well-worn objects of devotion, broken though they are. It is Jerusalem—the very place itself, bloodied and humble—that the Lord will lift up and make holy through His love. And so He says through the prophet Baruch:

Jerusalem, take off your robe of mourning and misery;
put on the splendor of glory from God forever:
wrapped in the cloak of justice from God,
bear on your head the mitre
that displays the glory of the eternal name.
For God will show all the earth your splendor:
you will be named by God forever
the peace of justice, the glory of God’s worship.

God does not love Jerusalem because it is perfect, or powerful, or even good. He loves it because he has committed Himself to it forever. It is to this arid, land-locked place that God will gather all the nations of the earth, “for God is leading Israel in joy by the light of his glory, with his mercy and justice for company.”

Our God is a God who cannot let go of things, because He cannot bear to part with what He has loved. He is, in a sense, a nostalgic lover. “When the LORD brought back the captives of Zion, we were like men dreaming. Then our mouth was filled with laughter, and our tongue with rejoicing.” Returning home after a long exile is perhaps the dominant image of human salvation, and maybe even human existence. God lost us in Eden—“where are you?”— and He finds like a lost sheep stuck among the thorns—“there you are; it is time to come home, to return to the Father’s house.”

So when St. Paul says things like “I pray always with joy in my every prayer for all of you,  that the one who began a good work in you will continue to complete it until the day of Christ Jesus,” I dare say he is imagining something very specific: the loving embrace of Jesus enclosing Pheobe, and Thecla, and even Apollos. The particularly of their salvation is the same particularity as the splendor of Jerusalem, glorified on the last day.

Perhaps this attachment to the particular helps to illuminate the dizzying plethora of names and dates that come at us in this week’s gospel reading. (I do pity the priest who hasn’t practiced this one beforehand!)

In the fifteenth year of the reign of Tiberius Caesar,
when Pontius Pilate was governor of Judea,
and Herod was tetrarch of Galilee,
and his brother Philip tetrarch of the region
of Ituraea and Trachonitis,
and Lysanias was tetrarch of Abilene,
during the high priesthood of Annas and Caiaphas,
the word of God came to John the son of Zechariah.

Who in the world was Trachonitis, anyway? And why bother remembering? Some point out that these names and dates establish precise historical credentials for the account to follow, as if they were to emphasize the claim at the very beginning “yes, this tale did really happen at this time and under these rulers and authorities.” Fair enough, but even deeper than that I think the evangelist is pressing the particularity of God’s providential economy, and His fidelity to the particular out-of-the-way people and places associated with His covenantal love.

This conventional introduction to the power establishment at this particular time and place frames the entrance of the most idiosyncratic and anti-establishment figure of them all, St. John the Baptist. As Isaiah foretold, he was “a voice crying out the desert:

Prepare the way of the Lord,
make straight his paths.
Every valley shall be filled
and every mountain and hill shall be made low.
The winding roads shall be made straight,
and the rough ways made smooth,
and all flesh shall see the salvation of God.”

David was the man after God’s own heart, but God would take David’s heart and place it within his embodied breast. David made a home for God, but God would make His home in a maiden born of David’s line, and come into the world in David’s city. God made Himself particular. He made Himself into the very broken, worn object of devotion that he couldn’t bear to abandon. It was always His intention to bring us home, to rejoice and revel in us, for we are like the sentimental trinkets on his shelf: we cannot help but remind Him of the long drama He has shared with us and which He is determined to bring to a happy end.