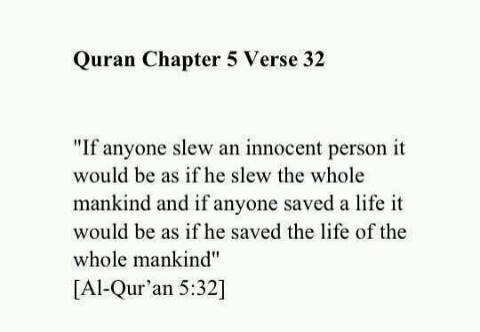 Today the San Diego Union Tribune published an op-ed written by two of my colleagues from the University of San Diego. Bahar Davary, author of Women and the Qur’an: A Study in Islamic Hermeneutics, and Karen Teel, author of Racism and the Image of God, penned “World’s Faithful Must Join Together,” reflecting on the Taliban of Pakistan’s December 16th attack on a school in Peshawar. As scholars of Islam and of Christianity, Davary and Teel are able to provide helpful context–historical, cultural, theological–for understanding and challenging the violence that resulted in the deaths of 141 victims, including 130 children. While the entire argument is well worth a read, I highlight three portions below.

First, Davary and Teel note that the Taliban of Pakistan represents an extremist form of Islam; this attack should not be invoked as an example of Islam as a violent religion. They write:

The Taliban espouses an extremist form of Islam that should not be confused with mainstream Islam any more than the Ku Klux Klan should be confused with mainstream Christianity. An overwhelming majority of Pakistani Muslims, Shia and Sunni alike, abhor the Taliban, just as do Pakistani Christians. In fact, the Taliban itself is divided over the Peshawar attack — the Afghani Taliban instantly condemned it.

Moreover, the widespread caricature of Islam as the major cause of world violence ignores the historical facts regarding the Taliban’s emergence in Afghanistan and Pakistan. Pakistan was relatively peaceful and stable just 30 years ago. It was the Soviet occupation of Afghanistan and the Pakistan–U.S. alliance that armed Afghan resistance fighters, many of whom were Taliban members, that incited violent unrest in Pakistan long before 9/11. Last week’s attack, on a military-run school for children of Pakistan’s military personnel, was revenge for ISI (Pakistan’s Intelligence Service) attacks targeting Taliban families since June 2014, after brief negotiations. Many see it as a sign of the TTP’s desperation. And these conflicts must be understood in the larger context of Pakistan’s complex relationship with the Taliban, in which religion is but one among many contributing factors.

Given these facts, we believe that it would be a mistake to interpret this attack as evidence that Islam, with 1.6 billion adherents, is a violent religion that must be saved from itself.

Second, Davary and Teel note that Christians, too, have participated in atrocities and human rights violations. Christians do not have a pure record when it comes to peacemaking. They write:

We know that Christianity is not innocent. Historically, European or Euro-American Christians orchestrated the Crusades, the genocidal campaigns against Native Americans and the enslavement of millions of Africans and African-Americans. Today, many white U.S. Christians shrug off the fact that while black and white Americans make up approximately 13 percent and 78 percent of the population respectively, nearly three times as many black people die at the hands of police as white people. We know about Eric Garner, Michael Brown, Tanisha Anderson and Tamir Rice. But most don’t make the national news. FBI data indicate that a black man, woman or child is killed by a white police officer about twice a week; as Isabel Wilkerson observes, this is almost as often as African-Americans were lynched during the early 1900s.

Finally, Davary and Teel cite evidence from both the Quran and the Bible for an authentic tradition of peacemaking rooted in justice. They write:

Of course, both Christianity and Islam also promote peace. Jesus said, “Blessed are the peacemakers, for they will be called children of God” (Mt 5:9); the Quran equates killing one innocent person with killing all of humanity (5:32). The faith of the architects of American slavery also nurtured Martin Luther King Jr.; the Prophet that the Taliban claim to follow was highly respected as a lover of peace. Jesus said, “Let the children come to me” (Mt 19:14); Muhammad loved children so much that, upon hearing a child’s cry, he is said to have shortened a communal prayer so that the parents could attend to their little one.

The slaughtered children of Peshawar remind us that Christians and Muslims have a long way to go in becoming worthy followers of Jesus and Muhammad.

As Catholics celebrate the season of Christmas, we must continue to ask ourselves how we are bringing to birth the peace of Christ in our broken world. The evening liturgy for Christmas included a proclamation from Isaiah 9:1-6:

For a child is born to us, a son is given us;
upon his shoulder dominion rests.
They name him Wonder-Counselor, God-Hero,
Father-Forever, Prince of Peace.
His dominion is vast
and forever peaceful,
from David’s throne, and over his kingdom,
which he confirms and sustains
by judgment and justice,
both now and forever.
The zeal of the LORD of hosts will do this!

What are we doing to bring to birth this Prince of Peace in our hearts and lives? Davary and Teel share their hope:

Our hope is that Christians, Muslims, and all people of good will can join together to resist the militarization of the world by engaging in concrete acts of peace and reconciliation.

It is my hope as well. Merry Christmas and Peace Be Upon You…