“There must be some limit to the burden of remembering that we impose on our children and grandchildren. They have a world of their own, of which we should be less and less part.”

This is one of the many phrases that has stayed with me since the Society of Christian Ethics meeting last weekend. These words appeared in Stanley Hauerwas’s presidential address, and they are a quote from a novel called Elizabeth Costello by J.M. Coetzee.

The words stick with me because when I look at our current situation (and by “our” there, I mean mostly North American Christians), I am struck by how much we refer to events past, and how little we refer to other things that are perhaps more real and more pressing.

It shows up in discussions – those of my students, as well as those in my parish. For example, if someone brings up an example of evil, it is always, always, “the Nazis”. If there is to be an example of a “just war”, it is always World War II, in which America was in the right. Peoples’ defense of utilitarian arguments today, particularly related to the war but also related to economics and business decisions about, say, mortgages, are brought out in discussing the bombing of Hiroshima (many more were saved through the dying of a few…).

It shows up amongst us theologians: how many of us are students of those who lived through World War II and confronted its evils, or who themselves were students of such people? How many of us respond to people like Karl Barth, Dietrich Bonhoeffer, Karl Rahner, Hans Urs Von Balthasar, and so on? I think of my own doctoral advisor, Stanley Hauerwas, whose focus on Karl Barth was in part because liberal theology did not have a response to the Nazis.

I don’t think that reference to World War II is a problem, except insofar as it permits us not to be truthful about ourselves. However much Allied forces might have been “good” in World War II (and I doubt it was all good), and however much Nazi ideology was evil, we humans have not somehow moved past that.

I worry that we over-remember what our parents, grandparents and great-grandparents did, to the point that we do not truthfully see what we do today that is evil. A comparison might be helpful here: consider that in World War II, there were victory gardens, raised taxes, and austerity measures. But with the current war and the Iraq War, there have been no such things. Do any of us really respond to stories about our soldiers’ bad behavior with any sense of outrage? (Abu Ghraib comes to mind.)

I think, too, of the fact that slavery still exists, and we are all still mixed up in it, even though we do not “buy” slaves in the way that happened during the colonial slave trade of the 1600-1800s. (See this intriguing link on your slavery footprint for more….)

The trope has been: the Nazis were evil, but we are good as long as our motives are good. Vietnam therefore appears, to most of my students, as a blip, while the Iraq and Afghanistan wars are clearly good. But wouldn’t it be far more truthful to acknowledge – as soldiers in World War II knew as well – that being human puts us in a world that is never neatly divided into good and evil. We’re always complicit, yet we always hope for better.

My point is that I worry we have allowed ourselves to become complacent because the story is: “We are basically good.” We got that from a reading of the past – which may have been accurate – but which cannot be allowed to be the main story we tell about ourselves today, especially not if we seek to follow the Way, the Truth, and the Life.

Captain Marvel, the MCU, and the Margins 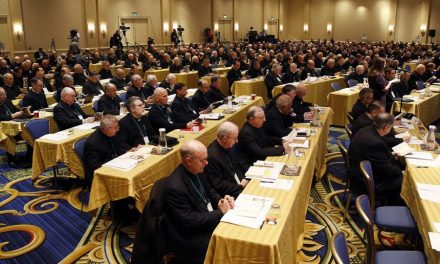 What is Co-responsibility without Participation?