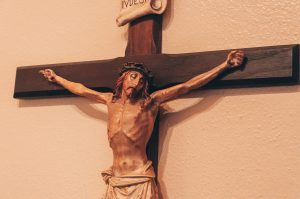 (Photo by Maria Oswalt on Unsplash)

At times, the sufferings and injustices in the world can be overwhelming. From violent conflicts to natural disasters, it’s no wonder if we sometimes feel frightened, upset, or discouraged. Most of us have had enough times of peace, comfort, and security to be alarmed when that status quo is suddenly changed.

The immediate context for our first reading from Isaiah is the captivity of the people of Israel. Although they believed themselves chosen, the people of God nonetheless would find themselves in the midst of great suffering. Isaiah’s prophecy in Chapter 35, echoed by the Psalm 146, speaks of hope for a better future during such suffering. God will vindicate, thwarting the wicked and reigning forever. Isaiah provides a beautiful description of this transformation.

There may be times that we have found ourselves – or witnessed others – suffering from injustice or a difficult challenge, and we also took hope in the thought that a positive change would follow upon the tribulation. “If I can just get through this, then everything will be alright.” Positive psychologists such as Martin Seligman tell us that, in fact, going through hard times ultimately can help our mental strength, while also making us more sympathetic to others. In more spiritual terms, the great saints tell us that these difficult times turn our thoughts to God, reminding us of our dependence upon God. Although God gets no joy from watching our struggle, God can use such times to bring us closer to Him.

And while they were eventually freed from their captivity as Isaiah said, the people of Israel continued to suffer from foreign rule, including Roman rule at the time of Jesus. It is in Jesus that we find the final vindication. We can echo the words found in today’s gospel from Mark: “He has done all things well.” God comes to save us. And yet, it is a strange sort of justice that involves not only Jesus making the deaf hear and the mute speak, but rather, offering his life on the cross.

Most of us would love for others to say the same words about us: hearing someone say, “she does all things well!” about me would certainly make me happy! The recognition and admiration found in such words is compelling to human pride. The dying on the cross, however, is not. And we get the sense from the second reading that the early Christians also struggled with this, as James has to instruct the people not to favor the wealthy over the poor. Such treatment is not only unjust, but also it is un-Godlike, un-Christlike.

Thus, as we move forward with ordinary time, thinking about justice in our world today, we have two tasks. The first is to remember that it is God who does all things well. It is God who saves his people, over and over, finally in Christ’s death and resurrection, in Christ’s body and blood, soul and divinity given to us in the Eucharist. Our virtue of justice is expressed by giving God his due, with the best praise we can do. The second task is not to despair of the injustices and tragedies that unfold around us. In a sense, we are relieved of the pressure; we are not and will never be God. But, on the other hand, our virtue of justice will be expressed by imitating Christ’s sacrifice by showing no partiality, with special effort to recognize the poor and the vulnerable as beloved children of God and also joining our own sufferings to the cross.

The Self-Interested Motive Behind Euthanasia