In a National Catholic Reporter article by John Allen, Fr. Thomas Weinandy from the USCCB spoke against the problems he sees in contemporary American theology. Theologians are a:

‘curse and affliction upon the church,’ according to the U.S. bishops’ top official on doctrine, if their work is not grounded in church teaching and an active faith life, and ends up promoting ‘doctrinal and moral error.’

Moreover, Weinandy contends that theologians have too often acceded to the academy, allowing theology to devolve into an “intellectual game”.

I think he’s right, mostly, when these things are the case – but when I think about what to do about it – I’m stymied. That’s because I think one of the real issues here, which he doesn’t get at, is a generation gap, and a gap of which I am a part. (So therefore I’m part of the problem ;-))

1. De-seminarizing of theology: In the first place, I think about the fact that theological training in the US is no longer what it was during Fr. Weinandy’s training. In other words, I don’t think I (or others) are playing an “intellectual game” so much as doing theology in the way we were formed.

The “older guys” in my department all went through seminary training, even if they are not priests – and they learned a particular kind of Thomism and a broad and deep swath of theology that I, even six years out from earning a PhD do not know. They read a lot. My doktorvater, Stanley Hauerwas, writes extensively of all the books he read as an undergraduate, and while in seminary and doctoral work at Yale University (in his book, Hannah’s Child).

If I were to come up with such a list it would not be quite so extensive, and I think with this current generation of students I teach, it would be even less so. I don’t remember most of what I read (which is probably telling – though I was a biochemistry major for much of my college career and the books were 50 pound tomes that would now be out of date). I do remember that I read Michel Foucault’s Discipline and Punish, not just once, but four times. And I find it interesting that as a medieval history major, I read a lot of saints’ lives and Jacques LeGoff’s work on purgatory but never once cracked open Thomas Aquinas’s Summa Theologica, nor knew it was there. I credit my great advisor with the fact that I read Augustine’s Confessions, a book that my students now say is too hard – and trully, they don’t have the skills to read it in the way I think even my own generation could do.

In seminary, there was more engagement with primary texts: I read scripture, Calvin, Barth, Wesley. But those were far outweighed by reading critiques – feminist, post-modern and otherwise. In doctoral work, I did far more reading of “the tradition” but by then, I had already been formed by my Foucauldian upbringing to be suspicious and critical, not to read broadly and widely.

This is not to criticize the amazing and brilliant people I studied with, but is rather to point out that my education was almost the reverse of what other previous generations, including Fr. Weinandy, did: I began with the critiques, in an academic system that was peopled by those who had critiques – and added in the works people were critiquing only later. I didn’t see that this was what was happening till I was in doctoral work myself, and now I’m trying to catch up, as fast as I can. So when Weinandy discusses that theologians are not grounded in church teaching – I’d wonder if what it really is, is this loss of Catholic intellectual life that supported church teaching in ways that intellectual life no longer does.

2. The de-clericalization of theology: The other major change is the one that we here on this blog represent: we are all lay people. Many of us are married with small children. This means that not only did we NOT get a seminary education of the kind that Weinandy and others had, it also means that we’re not part of an institutionalized faith formation of the kind that clergy get. We’re not privy to those diocesan priestly retreats, and whatever else bishops (rightly) do to help form their pastors.

I don’t actually know any theologian who fits Weinandy’s description of not having an active faith life. It’s just that that life looks something like this: 1) aim to get to mass on Sunday with all the kids dressed (three year old IN underwear please!), and aim to keep everyone from killing each other, to say nothing of actually praying. (Thank goodness that there are others praying on my behalf.) 2) aim to read scripture and pray in the morning and evening, but see above point about kids. Sometimes my morning prayer is “Lord, help me get through this day.” 3) Write scripture reflections for my parish website. Love this – I do it during my workday. 4) Teach catechetical classes for 3-6 year olds. I’m trained in Catechesis of the Good Shepherd; it’s a great blessing in my life, but it, too, makes my Sundays crazy AND it requires that my spouse have sole care of the kids.

I’m not saying it’s not also very difficult for priests – who, I know, are extremely busy – to pray and otherwise focus on faith life. I’m simply saying that clergy have at least some semblance of formation in their diocese and/or order. And when most theologians were priests, this meant a very different kind of culture. You could be a theologian for the church while in the academy and not see the kind of split that Weinandy sees.

Magisterium and Theologians
I do think there’s a “magisterium versus theologians” undercurrent in academic theology. I’ve seen it at conferences; I’ve been frustrated by some theologians’ comments against the magisterium even as I’ve been frustrated by, for example, the way I thought the bishops mishandled their judgement of Elizabeth Johnson’s work. I’m tired of feeling like I have to somehow, and impossibly, be part of two churches – that’s not the way it should be.

But given the kinds of shifts that have happened in theology (and I’m sure there are others we could mention), I wonder if we’ve really yet got at the root of the problem or found its solution. Fr. Weinandy made a point about the mandatum. I think he’s right that a mandatum lends a seriousness to theology, especially in an academy that doesn’t want to take Christianity seriously at all; I know I’m in a minority of theologians in not opposing the idea of a mandatum. But at the end of it all, is the mandatum just a piece of paper that doesn’t really fix the generation gap? 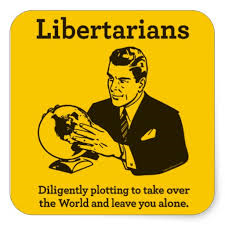 California Prisoners and the Common Good

Praise for my teacher