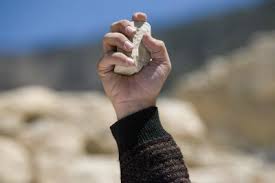 A colleague of mine pulled me aside recently because this Jubilee Year of Mercy has been troubling her.  She’s a philosopher and in her experience, mercy sounds rather condescending.  To her mind, mercy means you are giving someone a “pass” while at the same time reminding them that they actually deserve far worse.  Such mercy might free a person from some unpleasant consequence, but it doesn’t alter worrisome power dynamics, and might even exacerbate them.

She has a point.  If we conceive of mercy as simply the cancellation of some burden or punishment, then it leaves a great deal to be desired.  And if mercy is understood to be the suspension of justice, there is good reason to be suspicious.  Fortunately the mercy that animates this Jubilee year is something different, something much more robust and complex.

In this Sunday’s Gospel, we encounter the familiar story of Jesus with the woman caught in adultery.  What does it mean to think of this story as a lesson in mercy?

Returning to my colleague’s initial association, it would seem that Jesus is showing this woman mercy because the punishment that is due to her (death by stoning) is not applied. This is certainly good news for the woman, but does this mean mercy is simply about looking the other way?  If this were the essence of mercy, for example, it would be a scandal for victims who desire accountability from offenders for good reason.

A better way to conceive of the mercy being done here is as an invitation to move from sin and death into hope and life.  This movement does not happen despite one’s faults but rather through an encounter with them.  When punishment is directed to fostering this movement from sin/death to hope/life, it can be experienced as a kind of mercy.  But often punishment serves other motivations.  In the case of this woman’s stoning, there seems little to commend the imposition of a capital sentence in order to foster hope and life.  (This is echoed by recent strong words of Pope Francis denouncing the death penalty.)

This merciful invitation comes from Jesus when he instructs the woman, “Go, and from now on do not sin any more.”  But this is not the only act of mercy found in the story.

To come closer to comprehending the full contours of mercy, we must turn our gaze to all those scribes and Pharisees who encircle the woman with stones raised.  These individuals are targeting the woman, but targeting Jesus as well, looking to catch him in an impossible situation. It would seem that Jesus must choose between this woman’s life and respect for the Mosaic law.  In suggesting that one without sin ought to cast the first stone, Jesus quickly dismantles the trap.  Yet, this is more than a clever move to defeat those conspiring against him.  This is also at the same time a show of mercy to each individual in that crowd.

Quietly, one by one they leave after having to encounter their own sinfulness.  They are uniformly eligible to throw the second stone; all they need is someone to go first.  But in that interminable waiting for the first stone, each one is confronted by his guilt.  And yet, they are not left to confront their sins in isolation; their shared condition of sinfulness is revealed at the same time they confront their individual guilt.  Any one of them could have been singled out and shamed by a list of his transgressions.  But with this quiet, self-imposed, and communal censure, Jesus has issued an invitation.  Mercy is not about turning a blind eye, but about a casting an honest, introspective gaze without being alienated.  Jesus shows mercy not only to the woman caught in adultery but also to those who would condemn her.  All are made to confront their sins, but none is abandoned to despair.  All are made conscious of their weakness, but none is left to be alone in their frailty.  This is the greatness of God’s mercy.

Just like the woman, the scribes and the Pharisees encounter their sins and are invited to move from sin and death into hope and life.  If the woman caught in adultery is the only one shown mercy in this story, then there is good reason to be suspicious of the concept.  But mercy is not fundamentally about giving less punishment or more reward than what is deserved.  In his bull announcing this Jubilee, Pope Francis referred to mercy at one point as “the bridge that connects God and man, opening our hearts to the hope of being loved forever despite our sinfulness.”  A hallmark of mercy is that it resists alienation.  It invites us to be re-connected with one another, invites us to recognize the community we are a part of, and ultimately invites us to accept the always-stunning offer to be loved by God.

And so perhaps the lesson of this Gospel passage is that mercy is for stone throwers too. 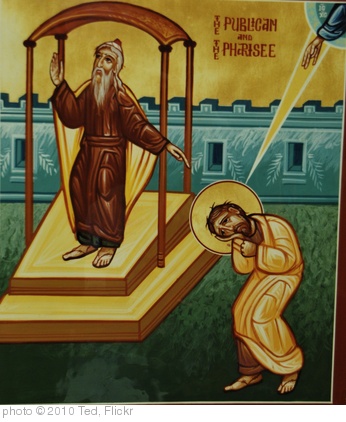 The 1st Law of Prayer—Thirtieth Sunday in Ordinary Time