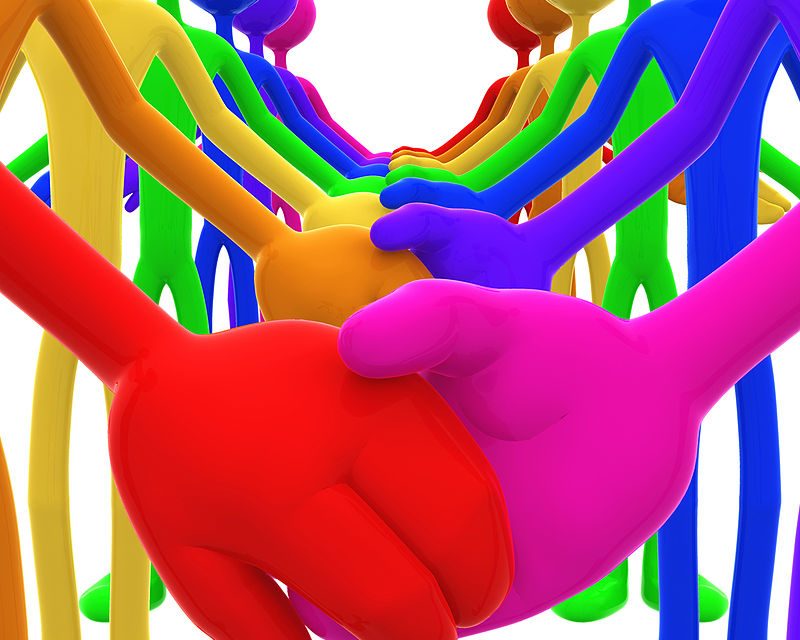 Because the loaf of bread is one,
we, though many, are one body,
for we all partake of the one loaf.

Catholics make a big deal about the Eucharist. We hold by faith that Christ is corporally present in some mysterious way, that what we eat is not substantially bread and what we drink is not substantially wine, but rather, the real and actual body and blood of Jesus. But we also believe that in doing so, we are incorporated corporally into intimate unity with that same Christ Jesus. And we also believe that in our incorporation into Christ’s body, we are also incorporated into an intimate unity with all those who partake in this mystical meal. Though many, we are one, though diverse, all parts of the same body.

This belief in the unity that is forged by the reception of the Eucharist comes with an ethical mandate. How can we foster division with our neighbor, when we believe that our neighbor and I are part of the same body? Because we are given unity as a gift, we have an obligation to work for unity. Because we are offered the actual body of our Lord, we are called to respect our neighbor as a bearer of that body, as an incarnation of Christ himself.

I love this reading from 1 Corinthians which we hear as our second reading this Sunday on the Feast of Corpus Christi. I love the idea of unity, a diverse church body—ethnically, linguistically, politically, theologically, socioeconomically—made into one.

Honestly, though, this reading comes as a challenge to me this year. Since the nomination and election of Trump, I have felt the divisions in the Church on a much deeper level than I can remember in my adult life. Trump isn’t the cause of these divisions. We all know they have existed a long time, but Trump is exposing those divisions, sharpening the differences between the two camps and the seeming irreconcilability.

I feel this division in a different way than the past. I am a moderate Catholic. I march in anti-abortion rallies and in pro-immigration, pro-refugee rallies. I reject the federal funding of abortion but adamantly support social programs that benefit women and children like WIC and SNAP. I recognize the normative significance of the family and the procreative dimension of sex, but I refuse to single out gay marriage as the singular threat to the stability of the family. In short, I have always had a foot on both sides, and a heart for both worlds.

Trump has changed that. I didn’t vote for Trump and even at 2:00 a.m. the night of the election, as I realized he would be our next president, I never imagined that Catholics would come out to support him to the extent they did. I wasn’t deceived by the bones he threw to the pro-life community, particularly the promise of a pro-life judge, and I couldn’t ignore, couldn’t dismiss his anti-immigrant rhetoric, his seeming disdain for the dignity of Muslims, his insistence on a wall, his budget promises which would of course hurt the poorest of the poor, and of course, his complete and total disregard for the dignity of women. I couldn’t overlook his misogyny, couldn’t excuse his comments as mere “locker room talk.” And as an avid devotee to both Faithful Citizenship and the Compendium of the Social Doctrine of the Church, could not support such an inexperienced candidate with such a record of imprudence, such a history of vice. I couldn’t do these things, and I couldn’t understand how my “Conservative” Catholic friends could. I naively expected conservative Catholics to come out strongly for a third party. I was ready to be proud of the Catholic vote. Instead I was ashamed.

What I felt as I looked at the Pew data was dismay, yet, but also a sense of betrayal. I have marched with Conservative Catholics, defended their causes, defended them. I agree that the abortion issue Trumps all and I have fiercely worked to change hearts, minds, and laws on this issue. I didn’t know, though, that we were willing to throw the rest of the Church’s moral teaching out the window just to get a pro-life judge. This was too much of a sacrifice for too little a gain. Roe will still stand as the law of the land in 2020. But what further evil will we have to fight four years from now? And what has the church lost as a voice that refuses to be held hostage by the two party system, a voice that holds up an ethic of life that is comprehensive, a seamless garment affirming the dignity of all God’s children and not just a few?

But my conservative friends don’t see it this way. For some reason that is still incomprehensible to me, almost half my church and many of my friends voted for, supported, and still support a man and an administration that I detest, that I view as immoral, imprudent, and inexcusable. I have been fuming since November, and I am still fuming as I write.

The feast of Corpus Christi is a reminder that in offering us His body, Jesus is also offering us the grace of unity that transcends our human ability to come to agreement. Though many, we ARE one body, Paul writes. Whether we want to be or not, but because Christ gives it to us, we ought to want it, we ought to promote it.

The moral challenge of this feast for a Church that is so aching with division is to reach across to our neighbor who we feel so hurt by, so betrayed by, so confused by, and claim them not only as our sister and brother, but as a member of the very same body. This doesn’t mean we can’t disagree. We should, and we will. But somehow, as we do, we ought also to hold in the forefront the primacy of unity in the Church, and not let those divisions define us. This is hard. Believe me, I know. But at the table, that which is too hard for us is made possible by the insurmountable love of God who loved us, who gave Himself for us, and who wanted us close to him even while we were still enemies. The unity that is offered in the Eucharist is both a gift and a task. We ought not to neglect either. 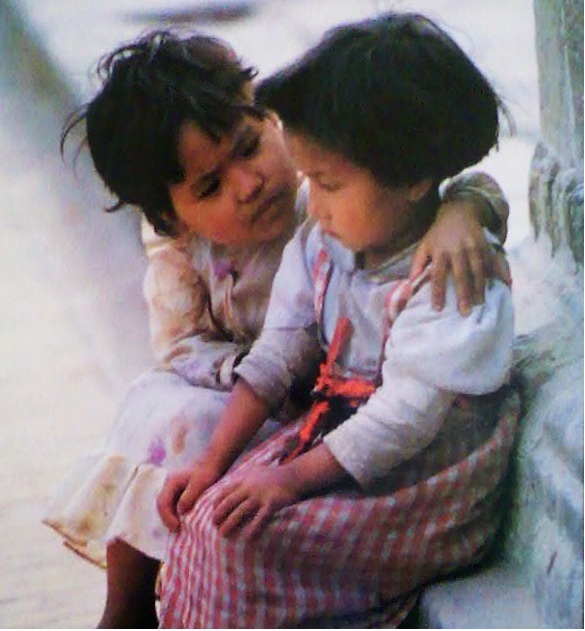 Who is the protagonist of your life?—33rd Sunday in Ordinary Time