As has been widely suspected by those who follow such things, the former Archbishop of Denver, Charles Chaput, was officially announced today as the new leader of a troubled bastion of American Catholicism, the archdiocese of Philadelphia.  In a fascinating interview with NCR’s John Allen, Chaput says something many more bishops need to say far more often to a culture addicted to consumerism:

As far as the social justice question goes, I don’t think you can be an evangelist, or part of this evangelical movement in the church, without being as clearly committed to social justice as the church has been in the past. We can’t preach the Gospel and not live it. If we don’t love the poor, and do all we can to improve their lot, we’re going to go to Hell.

Here Chaput stands on solid Biblical and traditional ground.  Jesus speaks of Hell almost always as the result of a failure to aid the most vulnerable, the Church fathers compare ignoring the poor to homicide, Thomas Aquinas claims that the poor are owed the basic goods necessary to for human flourishing, and the Catechism discusses failure to paid the poor under the commandment ‘Thou Shallt Not Kill.’  Doesn’t get anymore serious and central than that, does it?  Especially when many millions are dying of easily preventable causes while most Catholics in the United States, by comparison, live in consumerist coma of luxury.

Why, then, in response to Allen’s question about gay marriage, does Chaput say it is “the issue of our time”?  Surely having stable families, and a coherent understanding of sexuality, is a very important and even essential topic, but the argument over gay marriage is only one piece of that puzzle, and the other pieces (divorce, epidemic pornography and other exploitation of women in the media, the hook-up culture, sexual violence, etc.) have been unraveling for some time now.

Perhaps a better candidate for the issue of our time happens to be one on which the institutional Church has some street cred, along with the infrastructure/know-how to get the goal accomplished.  Rich and poor are now connected in ways which the world has never seen–not only are we aware of the suffering and death of the vulnerable with the touch of a button, but we can literally save a life with the touch of another button by giving resources to organizations (like Catholic Relief Services)  working with local communities to use the best technologies and social science to attack absolute poverty.  And this strategy is working: the proportion of people living in developing countries who are not getting 2200 calories per day (a basic sufficiency) has declined from more than one in two to just one in ten in two generations.  If we keep our foot on the gas, people like Jeffery Sachs believe that it is realistic to end absolute (as opposed to relative) poverty by the middle of this century.

The Church also recognizes the moment currently before us.  In preparation for the great Jubilee year 2000, the Pontifical Council Cor Unum (‘one heart’) produced a document called World Hunger a Challenge for All: Development in Solidarity.  The document has a goal of “the elimination of hunger and malnutrition and the guarantee of the right of proper nutrition.”  And a couple years ago the United States Conference of Catholic Bishops  unleashed an intense Zero Poverty campaign to mobilize one million people to join the fight against global poverty, which, they say, “is unacceptable in the 21st century.”

Chaput says in the interview that he agrees with the ‘both/and’ approach to Roman Catholicism and does not like being called a conservative.  If that is the case, we can look forward to seeing Church leadership taking bold public action on our duties to the local and global poor.  Indeed, given just how many Catholic politicians “make decisions contrary to the Gospel of Jesus Christ in public way” with regard to the Church’s social doctrine “in a way that causes scandal”, maybe we can expect to see Archbishop Chaput denying communion to several different kinds of Roman Catholic politicians that come through his diocese.  And given the amazing opportunity we have to end absolute poverty,  perhaps we can expect that he will unite his focus with that of the great Bishop Ambrose of Milan, who said that those “whose usurious and avaricious dealings lead to the hunger and death of their brethren in the human family” are guilty of “indirect homicide.” 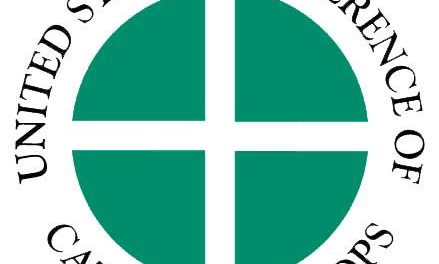 “We must always be equally vigilant in our welcome of friends”