Catholic Theologians, Clergy, & Activists Statement on “Reasonable Measures to Regulate the Sale and Use of Lethal Weapons”

Earlier today, a statement was issued by more than 60 Catholic theologians, priests, Catholic sisters, justice advocates and retired officials from the U.S. Conference of Catholic Bishops to Catholic lawmakers concerning public safety and the need for “reasonable measures to regulate the sale and use of lethal weapons.” The Vatican’s chief spokesperson Rev. Federico Lombardi recently expressed his approval of the direction the Obama administration is taking on this issue. Bishop Stephen Blaire also stated, “The bishops hope that the steps taken by the administration will help to build a culture of life.” Of course, while addressing violence in U.S. society entails many other efforts (by churches, families, community groups, as well as government), requiring better background checks when purchasing firearms and restricting access to things such as high capacity magazines are a reasonable first step. As a former law enforcement officer, I worry about heavily armed citizens who do not have the constant training (and, hopefully, the habits of justice, prudence, courage, and moderation that come from such repeated exercises) needed to discern when to shoot or don’t shoot in split-second situations on the street (or in the movie theaters or schools), and I also worry for police officers who face heavily armed criminals. As a theologian, moreover, I believe there are serious theological issues that need to be considered carefully in connection with our current gun culture, such as the sort raised by Jim Wallis at Sojourners or by Garry Wills at the New York Review of Books. Thus I signed the aforementioned statement. 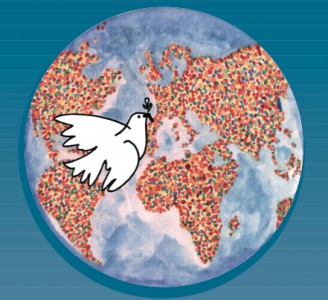