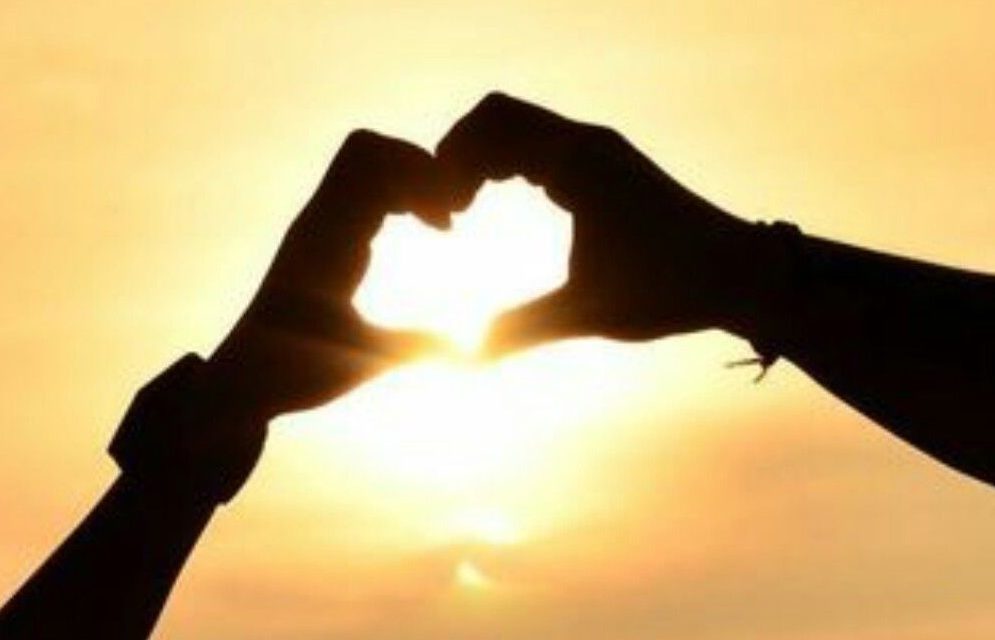 Those who have attended or who teach at Jesuit educational institutions are doubtless familiar with the phrase “men and women for others,” a phrase which has now been widely amended to be “men and women for and with others.” The phrase was first introduced by the Superior General of the Society of Jesus, Fr. Pedro Arrupe, in an address he gave to a group of Jesuit high school alumni in 1973. In that address, he said that the prime educational objective of Jesuit schools should be to form “men-for-others,” by which he meant

Even while recognizing the problems with the use of the term “men” here, its historical context clearly indicates that its meaning is inclusive of all “people” in the sense of the Latin word homo. The phrase “and women” was added to resolve any misunderstanding on this score, and the addition of “and with” was meant to emphasize that the orientation toward others does not imply merely mindfulness of or goodwill toward others, but an ongoing personal presence and active involvement in others’ lives.

The readings for this week call to my mind this well-known Jesuit ideal. They also deepen its meaning beyond the mere orientation toward others and presence with others that the phrase suggests. They deepen its meaning in two ways: (1) by drawing our attention to the way in which living for and with others changes the very understanding of the “self,” and (2) by pointing out the role of the body in the other-centered existence to which the Gospel calls us.

The climactic verse from the first reading for this Sunday is Joshua’s exhortation to the people of Israel that they must make a definitive decision about which god they will serve now that they have settled in the Promised Land, followed immediately by his own declaration that “as for me and my household, we will serve the Lord” (Joshua 24:15). Paired as this reading is with the passage from Ephesians 5 dealing with the dynamics of marriage, one might be drawn to the fact that Joshua appears to be making a decision on behalf of his wife and children here, and so is modeling the sort of headship St. Paul claims a husband should exercise over his household. Yet to focus only on that particular aspect of Joshua’s directive risks losing sight of the larger phenomenon at work throughout all the readings for this week, particularly the gospel reading.

The larger phenomenon exhibited here is that the decisions we make about the orientation of our most fundamental attachments and defining loyalties are never made in isolation, but have as both their subject and object a broader network of relationships. The question Joshua poses is not an abstract one about “ultimate concerns,” but rather a very specific and deeply personal one: “decide today whom you will serve.” Will it be the gods your fathers used to serve, or the gods of the Amorites, or the Lord who brought you and your father out of Egypt and slavery? Beneath this approach to the question of fundamental orientation is a profound anthropological claim: not only do human beings inevitably structure their lives so as to “serve” some greater good beyond themselves, but this good also possesses a personal dimension; it is not simply a “what” but a “whom.” And that makes sense metaphysically, if we regard personhood as a mark of something higher or greater than what is impersonal. If we ineluctably order our lives toward something higher than ourselves, it is at least fitting that that something be personal rather than impersonal.

In other words, we are relational creatures ordered to self-gift. That means we are most fully ourselves when our lives are intertwined with the lives of others. As Gaudium et Spes put it, in a line Pope John Paul II never tired of quoting, “man cannot fully find himself except through a sincere gift of himself” (GS 24). Pope Benedict XVI expressed the same idea more concisely: “one receives one’s life precisely when one offers it as a gift.” But of course, both remarks are merely echoes of Christ’s own words: “whoever would save his life will lose it, but whoever loses his life for my sake will find it” (Matthew 16:25; Luke 9:24). I used to regard this verse as a call to radical self-renunciation or even martyrdom, but as the years have gone on, I have come understand it to be more of a axiomatic principle of human life. There is no “self” in me that stands in isolation from other selves upon whom I depend and to whom I am always directed. In a sense, David Hume was right to denounce the monadic, inviolably defined modern “self” as a myth. What Christian anthropology proposes in place of this mythical self, however, is a locus of active relationship. “I am only me together with you. I am only a ‘self’ to the extent that I participate in relationships that make me who I am.” Each human person is not some static concatenation of qualities and preferences clearly demarcated from others, but is rather a unique and irreplaceable subject of interpersonal communion.

This understanding of the human person as inherently relational and communal is the proper frame for the Jesuit notion of “men and women for and with others.” For if it is true that men and women truly find themselves in the gift of themselves to others, then one could understand the primary objective of Jesuit education simply to be the formation of fully human men and women, men and women who are able to find themselves by sharing their lives fully with others. Such an interpretation of the Jesuit ideal avoids the temptation toward an overly defined distinction between “us” and “the others” that might lead one to see the objective as merely an affirmation of elitist philanthropy. It also ties the phrase back to its original context, in which Fr. Arrupe links this “for others” explicitly to Christ’s gift of himself for the whole world, and the orientation toward neighbor-justice that following in his footsteps necessarily entails.

Part of the impetus of adding “with others” to this phrase is to emphasize the concreteness of authentic self-gift. Simply wishing others well, or bearing good will toward all, is not enough. We must be present to others in space and time, one moment after another, and such presence requires the involvement of our bodies. The value of bodily presence is perhaps especially evident now at this present moment, in the wake of (or in the midst of) having to deal with others primarily through screens. As a teacher, I have come to appreciate the sense in which gathering together in a classroom involves the gift of one’s body to others, placing one’s body within a certain space for a certain time so that one might share one’s presence in pursuing a common task. Yet the present moment also highlights the difficulty and risk of such bodily presence. Giving one’s prayers, one’s intentions, even one’s money is often not nearly so demanding or risky as giving one’s time and bodily presence.

It is no coincidence, then, that it is at the point where Jesus offers his body to his followers, in all its concreteness, that they speak up and say “this saying is hard; who can accept it?” To agree with Jesus’ views, to subscribe to his religious vision, to put his teachings into practice: these are hard enough, but to accept the need to receive Christ’s body was just too much for most of them. Even to those who stayed, who threw up their hands and said “to whom shall we go?,” it was a “hard saying,” an impenetrable mystery.

In his letter to the Ephesians, St. Paul reiterates that the bodily union between Christ and his community is “a great mystery.” Yet it is clearly the basis for his teachings here on spousal love. “Live in love,” he begins, “as Christ loved us” (5:2). This attachment to Christ, the primary “other” for whom Christians live their lives, is the starting point for his teachings on marriage. We cannot know who we are as Christians without reference to Christ; there is no “me” that can be completely set apart from him. This fundamental orientation toward Christ informs not only our self-understanding, but also what we mean when we say we strive to live “for others.” Our belief that “we are members of his body,” and that Christ nourishes and cherishes us as members of his own body, informs our understanding of what it would mean for a husband and wife to “become one flesh.”

St. Paul says that Christ sanctifies and cleanses the church so that it might be resplendent, spotless, holy, and perfect. One need not interpret St. Paul in overly moralistic terms here, as if moral purity were a condition for lovability. I think a better interpretation would build upon the underlying conviction that we are made whole, complete, and perfect precisely through the sort of mutual subordination and mutual self-gift that, at its best, human marriage embodies.

And yet as Christ himself affirms in the gospel reading, “it is the spirit that gives life.” The body is a part of communion, but the communion it enables involves much more. The sharing of bodily presence on the human plane, whether it be in the public context of common activities or the intimate sharing of a common life, facilitates the higher end of eternal life. We share our selves and our bodies because we belong to his body. We belong to his body because we receive his body made present to us in the Eucharist. And in receiving His body, we receive the gift of eternal life, a life of mutual self-gift which our human relationships are called to foreshadow. 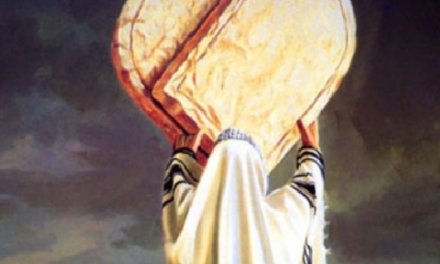 Hope in Times of Trial – 33rd Sunday in Ordinary Time 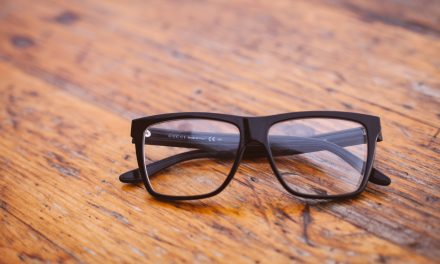